Kara Wolter nicknamed "Big Girl" is a retired American collegiate and professional basketball player who is the tallest player in the University of Connecticut women's basketball history and one of the tallest women to ever play in the WNBA after the late WNBA player Glory Margo.

6ft 7 and 227lb Kara she has played with teams like New England Blizzard, Houston Comets, Indiana Fever, and Sacramento Monarchs with the players like Sheryl Swoopes, and Dawn Staley. Born on August 15, 1975, and raised in Natick, Massachusetts, she had completed her high school from Hillston School and completed her graduation at UConn University.

Kara Wolters Net Worth and Income

Kara one of the tallest women players in WNBA has achieved so many astonishing achievements through which she collected a net worth of $1 million. Currently, she is the head coach of the AAU team of Hartford, Connecticut where she is earning around $150,000 as an annual salary.

She spent 6-8 years as a professional player where she must have earned thousands of dollars. 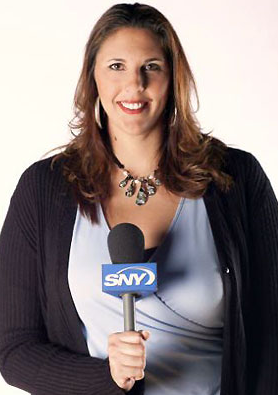 Kara also runs the basketball campaign in the summertime where she probably earns $40,000- $50,000 in one camp per season.

Besides, sports she also earned a good amount of wealth through her career as a T.V analyst and Media reporting.

Marital Life of Kara Wolters; Who is her Husband?

Kara is a sports lady expected to marry an athlete man but she married a man who has no links in the sports industry. Kara exchanged wedding vows with Sean Drinan who is a corporate guy working for the U.S based company a Stifel.

There are no records when they got initiated to date each other but perhaps they seem to know each other since college days and they started to date at the time of their graduation. 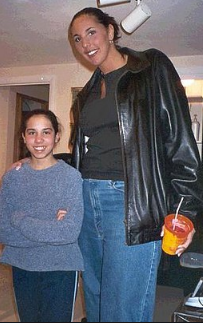 Kara and Sean are the parents of two adorable daughters. They welcomed tier first-child Sydney Elizabeth on March 8, 2007, while her second daughter, Delaney Katherine, was born on March 12, 2008.

Currently, the happy couple lives in Somers, CT and Kara's daughter Sydney has already begun her career in an amateur basketball league.

Who Is Sean Drinan?

Kara's husband Sean Drinan is the Boston guy who has completed his graduation in Business Administration and Management from Boston University. Her husband started his career in the corporate world as a Second Vice President in Lehman Brothers Company where he worked between1993 to 1993. 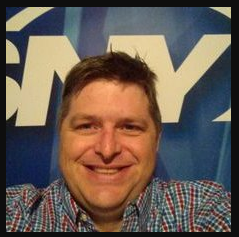 Kara's husband also worked in A Unit of Citigroup Global Markets as a Second Vice President at Smith Barney from 1993 to 2009.

And currently, he is a Senior Vice President at Stifel Financial Corporation in  Longmeadow, Massachusetts.

Belongs to the Athlete Family Background

Kara falls under an experienced basketball family background so their influence on Kara's path was obvious. Born in West Germany William Wolters Kara's father, moved to America at the age of 11, with his family.

Her father, William Wolters, is a former professional basketball in the NBA who played with Seattle Supersonics, and he was inducted in Boston College Hall of Fame. Later, in Boston, he served as an insurance lawyer and Kara always carried uniform number 52, identical to her father's number, as a tribute

Kara's family had taught her to believe in herself, and she worked diligently to attain her dreams in basketball. Her mother, Liz, once scored 50 points in one game at Wellesley High, more than any Massachusetts high school player before.

Death of her Sister Kaite

Kara's sister Katie died in 2004 due to the expansion of a tumor in her brain. It was so vast and complicated that complete eradication was unlikely. In the beginning, Kara's parents decided on subsequent surgery and treatment with radiation for kate recovery. But later on, but Kara's sister lost several of her sense of balance and evolved short-term memory loss due to the side effects of medical procedure.

She established the "Kara Kares Foundation" in her sister's memory, which supports brain tumor research.

Tallest Women to Play for Connecticut

Six feet seven inches (2.01 m), and famously known as the Big Girl, Kara is the tallest player in the University of Connecticut women's basketball history and one of the tallest women to ever play in the WNBA.

Wolters is a former player for the women's basketball team at the University of Connecticut between 1993 to 1997   where she won the 1995 NCAA Women's Division I Basketball Championship along with Rebecca Lobo.