Sean Drinan was a Senior Vice President of the Stifel Financial Corporation. He came into limelight after marrying the tallest player in the University of Connecticut and one of the tallest women to play in the WNBA. He completed his collegiate year at the Boston University studying Business Administration and Management.

Want to know more about Sean? Who is Sean's wife? what is his interest? How much does he earn annually? How many children does he have?

Sean Drinan Net worth: How much does he earn from his professional career?

Drinan started his career at Lehman Brother working as a second vice president for six months. After that working for Smith Barney, a unit of Citigroup Global Markets where he served almost 16 years of his life.

Currently working as a Senior Vice President at the Stifel Financial Corporation where he started in the year 2009 and has been there since. He has served more than 26 years of his life as a financial advisor.

"I've been a financial advisor for more than 20 years. My goal is to help clients develop income streams that help them enjoy a comfortable retirement as well as working toward pursuing any other investment goals. I create a comprehensive investment plan for clients or prospects".

Married to one of the Tallest WNBA players

Sean Drinan married the talented Kara Wolters. The details about their dating life and marriage life are kept private and haven't been shared in any media. Sadly both of them don't use many social media sites which makes it difficult for tracking their relationship status.

They have two daughters from their marriage. They are Sydney Elizabeth who was born on 8 March 2007 and Delaney Katherine, born on 12 March 2008.

Who is Kara Wolters?

Kara Wolters is a retired American professional basketball player who was one of the tallest players in the court. She was nicknamed "Big Girl" who stood tall at 6 feet 7 inches. She has achieved numerous awards from her basketball profession including the Women's Basketball Hall of Fame in 2017.

The 6' 7'' tall started her career at the University of Connecticut where she was named all-time leading rebounder(1286) and shot blocker(396). During her collegiate year, she was also invited to play at the Jones Cup team representing the U.S. in 1996 where they won the gold medal. 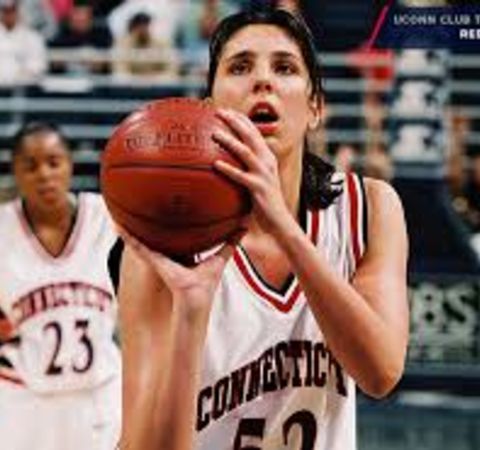 She was drafted by the New England Blizzard of the American Basketball League in 1997 where she played for two seasons, after ABL, she was selected by the Houston Comets in the third round (36th overall) during the 1999 WNBA Draft. She was also a member of the gold-winning U.S. Olympic women's basketball team during the 2000 summer Olympics in Sydney Australia.

Wolters is among the 12 women to receive Gold Medal in the Olympics, the NCAA championship and the WNBA Championship alongside Sue Bird, Swin Cash, and Tamika Catchings.