Born on 28 April 1974, Dydek was drafted 1st overall in the 1998 WNBA draft. She played the center position and was also a coach for the Northside Wizards in the Queensland Basketball League. She stood 7-foot-2 tall and weighed 101 kg.

Net Worth of Margo Dydek

The primary source of income for Margo Dydek was from playing basketball. She had an estimated net worth of $6 million. When Margo was playing in the WNBA, she received a salary of around $71,635.

After ending her professional career in 2008, she became a coach for the Northside Wizards in the Queensland Basketball Team and earned a salary.

Dydek was married to David Twigg

Margo Dydek met her future husband, David Twigg, at the age of 19-year-old. But she got married to him at the end of her professional basketball career. David and Margo had two children, David (born in 2008) and Alex(born in 2010). 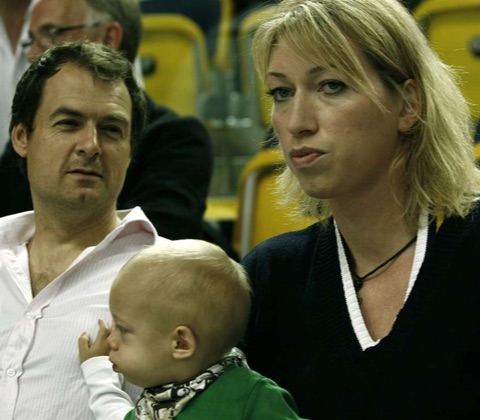 Margo with her husband and son SOURCE: WNBA

When Margo was pregnant with her third child, she was stricken by a heart attack that ended her life on 27 May 2011.

Margo Dydek was born on 28 April 1974 in Warsaw, Poland, to parents who were both taller than 6 feet. Dydek had two sisters, Katarzyna, and Marta. Her elder sister Katarzyna played for the Colorado Xplosion and her younger sister, Marta, played in Spain professionally.

Margo followed her elder sister Kashka’s footsteps and started playing basketball at a local club called “Huragan” in Wolomin, Poland. Then she moved on to play with the team Poznan Olympia and also played for other Polish and French teams before going to the U.S.

Margo Dydek was drafted first overall in 1998 in the WNBA Draft by Utah Starzz. The franchise was transferred to San Antonio and renamed Silver Stars. On April 16, 2005, Silver Stars traded Dydek to the Connecticut Sun in exchange for Katie Feenstra. 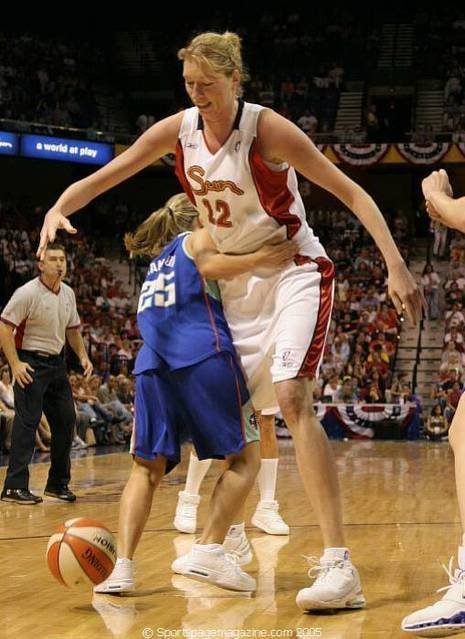 Due to her pregnancy, Dydek left the Connecticut Sun and signed with the Los Angeles Sparks, where Zheng Haixia used to play.

On 19 May 2011, Margo Dydek suffered a cardiac arrest and lost consciousness. She was immediately rushed to a Brisbane hospital by ambulance. Dydek was pregnant at that time and died eight days later to everyone's shock.