IBF Featherweight champion Josh Warrington is ranked as the second-best active featherweight boxer in the world in 2019. He is currently known as the Leeds Warrior and his playing stance is Orthodox. Warrington won some other titles including European, Commonwealth, WBC International, and English Featherweight. Since 2022 March, he held the IBF title, the same title he previously held between 2018 and 2021.

Josh is the 1st male Leeds boxer who holds a world title which he earned by defeating Lee Selby in 2018. Among his all the 30 fights, he won 23 by decision and 7 by knockout. Well, he entered his professional boxing career in 2009 competing against Delroy Spencer.

Warrington was born on November 14th, 1990, to father Sean O'Hagan, in Leeds, England. Josh is living with his wife Natasha Warrington and twin daughters.

Josh Warrington married his longtime sweetheart Natasha Warrington on August 20, 2016.  Josh and his wife were in a deep love for almost a decade before exchanging the vows between them. As per his Instagram posts, the couple has been together since 2008. 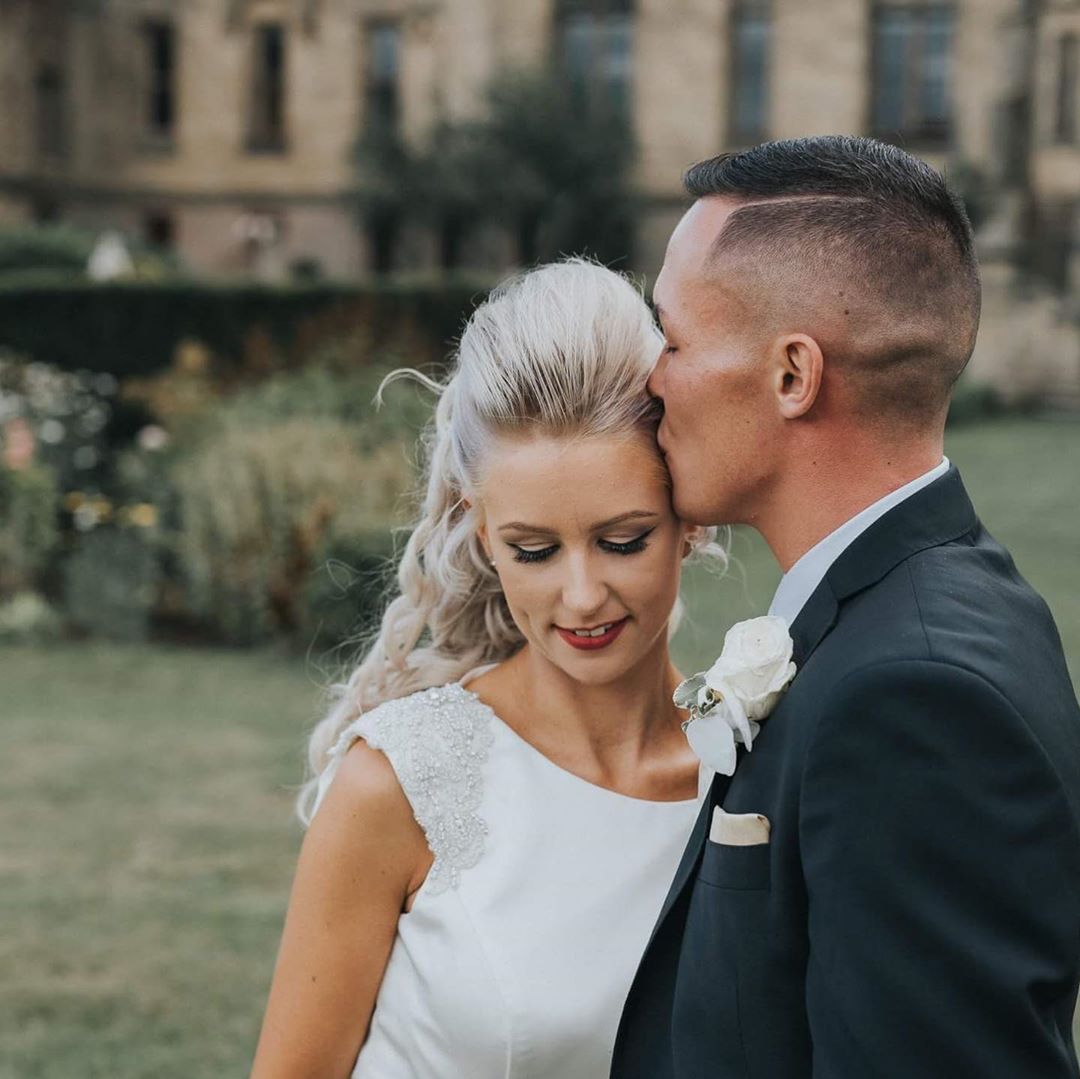 Josh and his lovely wife Natasha in their wedding SOURCE: Instagram

On the occasion of their third anniversary, Josh shared a post mentioning his wife and wrote: " 3 years married with this one?? The best wifey and baby mama a man could ask for. Be lost without her?? And because the third anniversary is leather, well tonight is more than an excuse to get the whip & gimp mask out ...?????? Love you Mrs Warrington Xxxx."

Josh postponed his wedding several times due to his matches.

Besides a loving husband, Josh Warrington is also a caring father. Josh and wife welcomed their twin daughters in early 2018 just two years after their wedding. Well, he mentioned that the year 2018 was incredible for him as he became a dad. 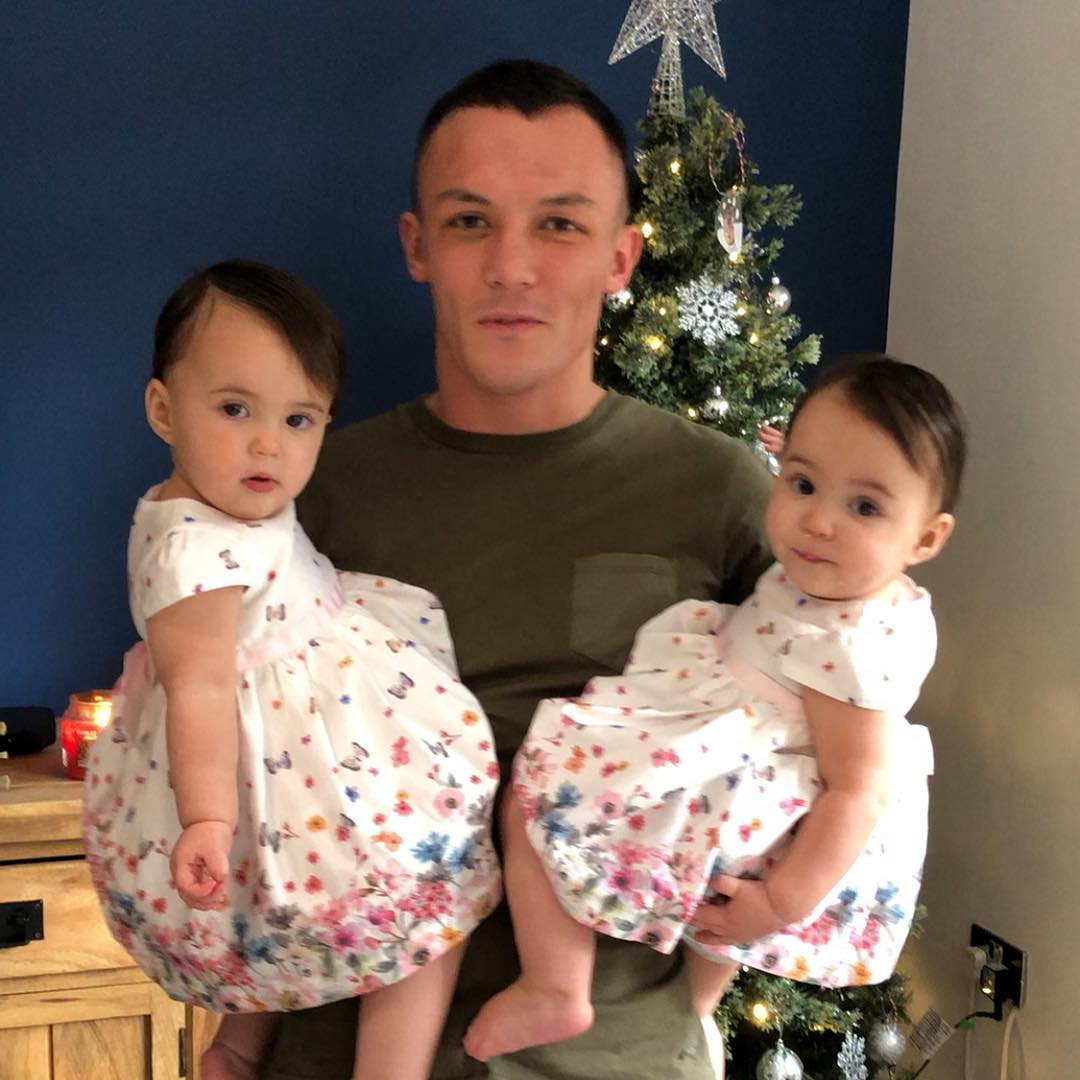 Josh with his twin daughters on December 31 SOURCE: Instagram

Despite a busy schedule, he manages time for his children and wife. He said "In the last 18 weeks my baby girls have been born, it’s been emotional," after winning the world title.

Besides a furious boxer, Warrington also has the reputation of being a kind-hearted man. Josh frequently attends donation campaigns and helps raise funds for poor and deprived children. He often visits cancer patients in the hospital to encourage them. 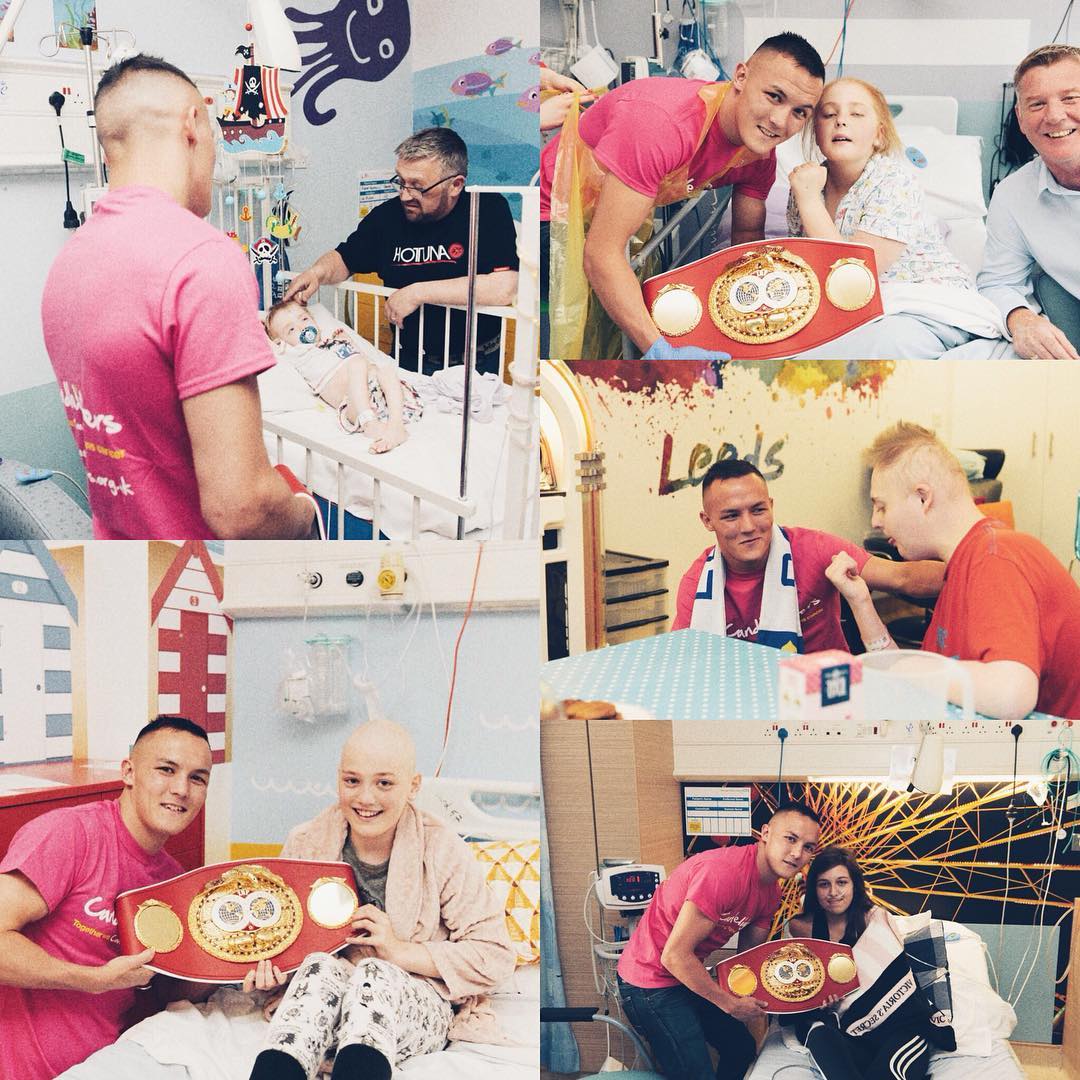 He also worked with the Candlelighters which is an organization supporting the cancer children and their families providing essential services and support.

Josh Warrington is a famous boxer in terms of his earnings and fa following. He has made a massive net worth so far which is estimated at $1 million. As we know the salary of the professional boxer is below $100,000, despite that the professional boxers were able to earn a huge sum as win bonuses and incentives.

Similarly, Josh might also be receiving a salary of around $100,000. 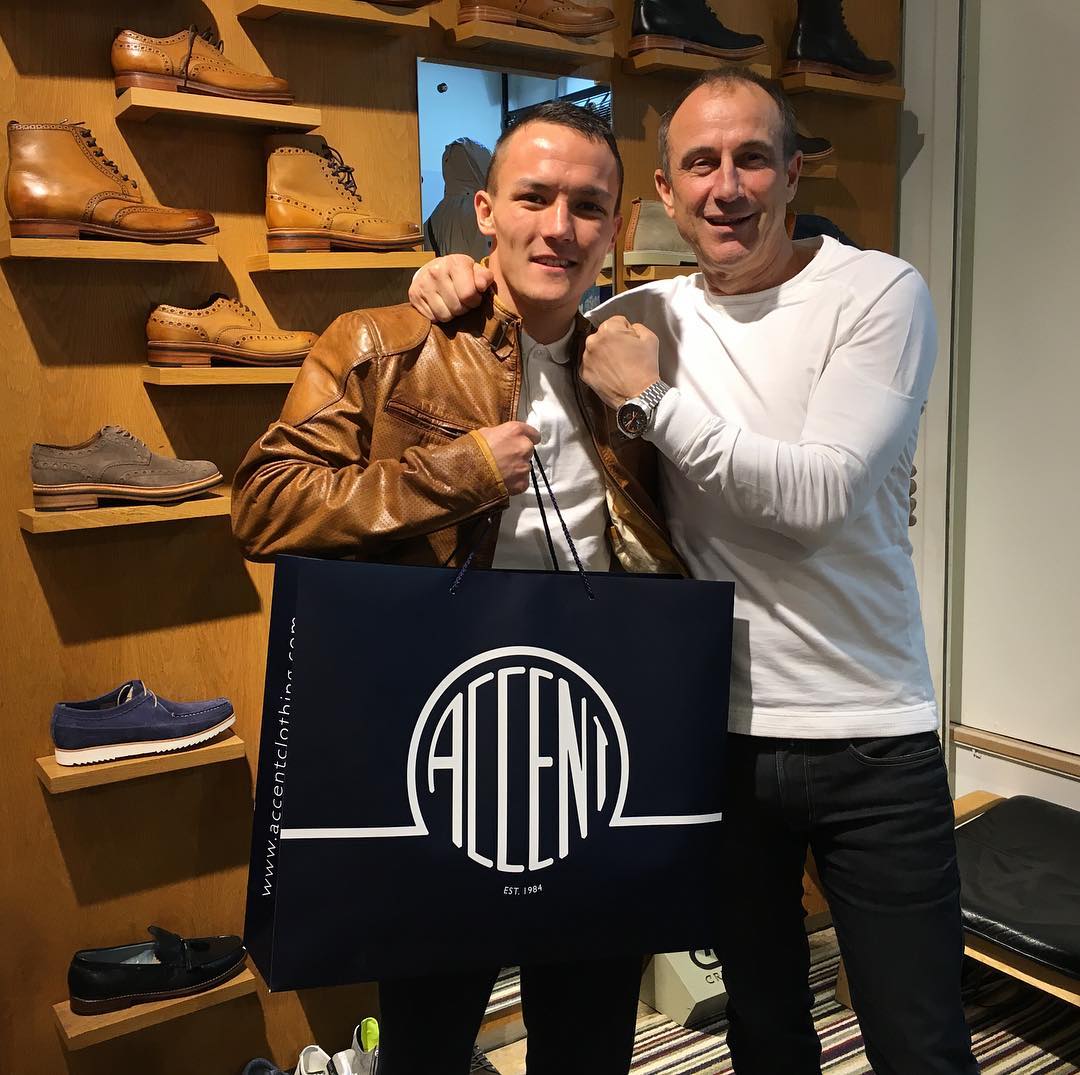 In a match against Kid Gallahd to regarding for featherweight title, he received a sum of $1,085,500. The exact details about his other contest prizes are not yet revealed but it can be assumed that he has earned a massive fortune to live a luxurious life.

Josh Warrington started his high schooling from the John Smeaton Academy from where he was excluded. After that, on his father's advice, he enrolled at the University of Leeds and completed his graduation in 2013.