Josh Hall is an American Basketball Player who played for the Moravian Prep. High School at an undergraduate level. A four-star recruit by 247 Sports and ESPN and a five-star recruit by Rivals. He previously committed to North Carolina State over offers from Alabama, LSU, and others.

Hall was born on 8 October 2000 under the star sign Libra. He was born in Durham, North Carolina, United States. His father, Quincy Hall, was a former basketball player at East Carolina.

The Small Forward has declared for the 2020 NBA draft forging his college eligibility which states he has decided to bypass college basketball and turn professional by signing with an agent. As a NBA draft, Josh Hall is ranked as the #82 prospect below Carlos Alocen and Arturs Kurucs by the CBS Sports and #64 ranked by the ESPN.

Due to the recent pandemic (COVID-19), the scouting process has come to a halt but if Josh goes pick in the second round of the overall draft, he is certain to sign contracts worth millions in the NBA. However, there is still the case of being undrafted like Jalen Lecque who went undrafted in the 2019 NBA draft and was signed as a free agent by the Pheonix Suns for half the guaranteed amount. 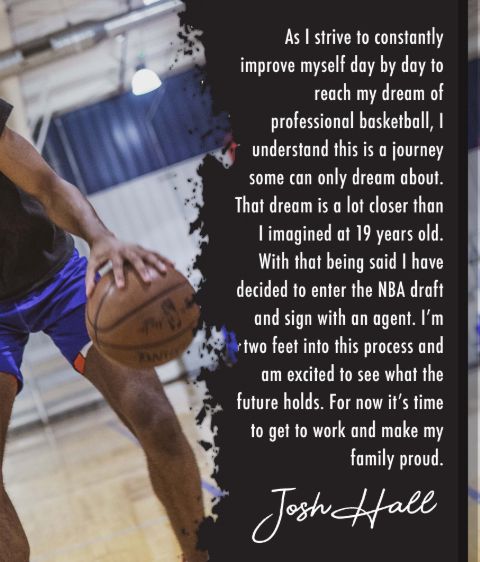 The future is uncertain but if Hall is drafted in the second round his projected salary in the NBA will average a million dollars annually as per sources. Similarly, Eric Paschall, a second-round pick signed a 3-year contract worth $4,198,912 with the Warriors with an average salary of $1,399,637.

In conclusion, the multitalented Josh has yet to turn professional and start earning substantial cash from his profession. Therefore for the time being his estimated net worth is yet to be concluded and will be updated shortly.

Josh Hall Girlfriend: Who is the Basketball Player Dating?

The North Carolina native is certainly in the limelight because of his basketball profession and amassed a lot of fanbase as a result. We are aware of his professional career but his love life has not yet been public. As he does not use any social media sites such as Instagram and Facebook, he might be keeping his love life a low key to get away from controversies. 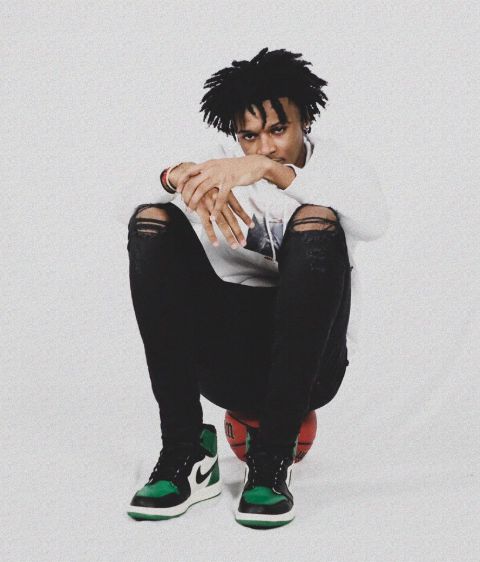 Moreover, he might be focusing his energy on the upcoming draft and trying to stay focused on his game and match the skills required in the NBA. As per sources, he is believed to be single without any controversies or affairs.

The former #5, Shooting guard/Small Forward, played a postgraduate season at he Moravian Perp in Hickory, North Carolina where he averaged 24 points and 4.4 rebounds per game and leading his team to a 34–3 record.

Hall emerged as the top player for the Moravian Prep. varsity basketball team and was named North Carolina Player of the year by the scouting service Phenom Hoops. Prior to Moravian Prep, he played his freshman season for the Southern High School and then transferred to Oak Hill Acadamy, playing for the local team.