Carlos Alocen Arrondo is a Spanish Professional Basketball Player for the Real Madrid Baloncesto who is loaned to Zaragoza for the 2020 season. He holds the record of being the youngest player in his team to ever play on the Liga ACB at the age of 15 years and 10 months.

Alocen was born on 30 December 2000 under the star sign Capricorn. He was born in Zaragoza, Spain alongside brother Pablo Alocen. His father, Alberto Alocen, was also a basketball player.

Carlos has signed a five-year contract with Real Madrid in 2019 which also includes a buyout clause in order to let him come to the States to play in the NBA. Alocen is considered one of the best prospects from Spain who has recently conquered the European Championship winning the Silver in the tournament.

The 19-year-old is ranked #80 in the upcoming 2020 NBA draft by the CBS Sports above Josh Hall and Lamine Diane and is projected to be a second-round pick. If the multi-talented Carlos goes on to be picked in the second round, his projected salary in the NBA will resemble some of the last years' prospects selected in the second round such as Carson Edwards who signed a three-year contract with the Celtics worth $4,528,628 with a guaranteed salary of $1,228,026 and an average salary of $1,509,543. 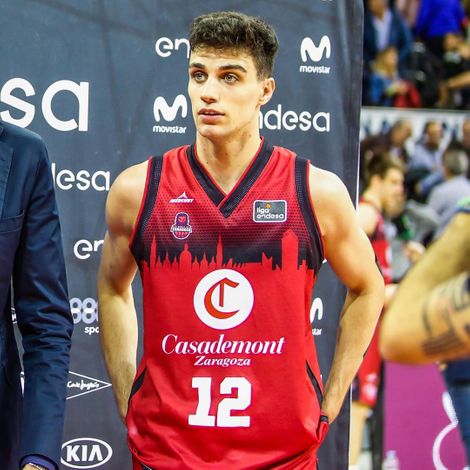 Wearing the #12 jersey for the Zaragoza SOURCE: [email protected]

Unlike the other players in the draft, he is already a professional in the Division I league of Spain and also earns a decent amount from his career. Apart from his salary he receives sponsorship deals and endorsements deals from companies that add value to his net worth. As of 2020, his estimated net worth is $200,000.

Carlos Alocen Girlfriend: Who is the Basketball player dating?

The 6 ft 4 in hunk seems to be single without any relationship or affairs. Although it might be shocking to hear, Alocen has not revealed anyone in particular to date who might be his girlfriend. Being a professional player at the tender age of 16, he does have a fan base of thousands there is not anybody in his life who might be a potential someone in his life for the time being. 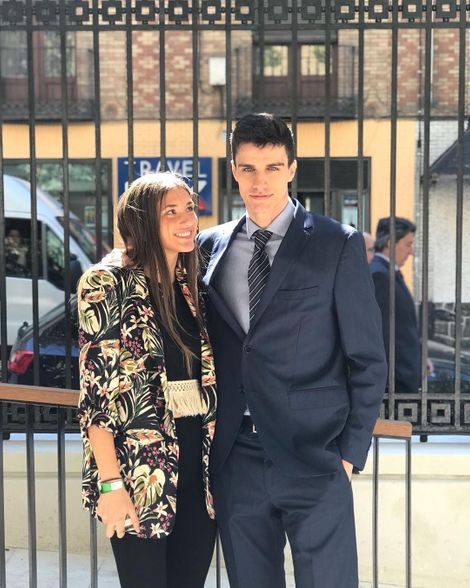 Furthermore,  the Spanish player might be trying to focus on his career for the time being without any distraction from anyone.

The Point guard for the Tecnyconta Zaragoza has represented the Spanish team in multiple international tournaments. He played alongside the Spanish team at the 2016 FIBA U16 European Championship winning the Gold.

Arrondo has also played in the 2016 FIBA Under-17 World Championship in his hometown finishing fourth and also made his first appearance for Spain's national basketball team in February 2019.

One of the intriguing players in the draft with good passing skills. He produces some great assists on the game by making some good passing of the ball. His creative passing and playmaking is the main skillset he brings to the table.

Talking about his weakness, he lacks some skills while shooting and finishing around the rim. The point guard might also need to work on his defensive skills as well