Ranked as the world's third-best active bantamweight by The Ring, Nonito Donaire is a well-known Filipino Professional boxer. He has held eight world championships in four weight classes. Nonito is among the only three Asian Boxers to win world titles with multiple categories.

Nonito Donaire was born Nonito Gonzales Donaire Jr. on November 16, 1982, in Talibon, Bohol. He is among the four children born to Nonito C. Donaire Sr. and his wife, Imelda M. Gonzales. He has a brother named Glenn Donaire, who is also a flyweight boxer. Donaire attended the same school as Manny Pacquiao in  General Santos City.

Nonito Donaire has an estimated net worth of more than $10 Million. He has earned much of his net worth through his successful career in boxing. He is still at the peak of his career and has been earning six-digits. In his professional career, Donaire has won forty matches and lost just six matches. During his amateur career, He had a career of 68-8 with 5 technical knockouts. 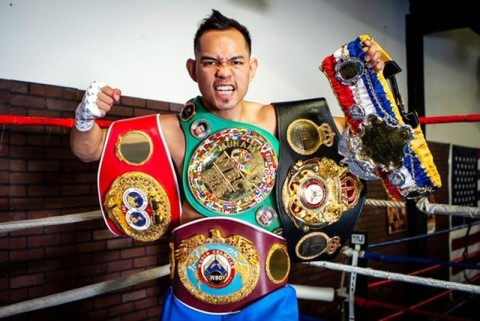 Nonito Donaire with his belts SOURCE: The Ringer

Nonito started his career with a salary of $1,500 monthly in 2001. He worked with Jackie Kallen. However, The relationship between them did not go long, and he left the team and moved on. In 2013, Donaire earned $800,000 for his match against Toshiaki Nishioka. By 2013, Nonito's salary had increased to $1 Million. He won the match against Jorge Arce, from which he made more than $1.25 Million.

In 2019, Donaire earned more than $1 Million for his match against Stephen Young. He won the match via KO in the sixth round. Also, He had the match with a 60% PPV Share for the match. Adding to the total, it reached more than $2 Million.

Father of Two Children; who is his Wife?

Nonito is living a happy married life along with his wife and his son. He is married to his longtime girlfriend, Rachel Marcial. The duo walked down the wedding aisle on August 8, 2008, in a private wedding ceremony. They had another church service in Philipines in 2011. 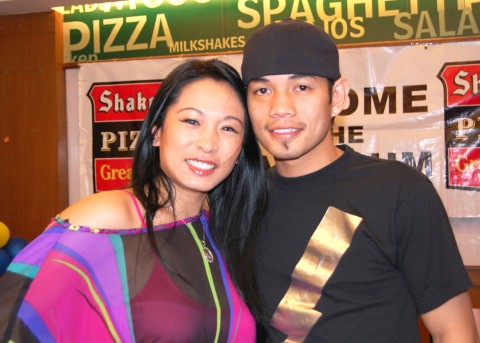 Nonito with his wife attending an event SOURCE: Phil News

In 2013, Nonito shared about expecting a baby. In mid-2013, The love birds welcomed their son, Jarel Donaire. Just before the birth of Jarel, Rachel had to dive into a river to save a drowning child. She returned unharmed along with her unborn child. Rachel is also a  military Taekwondo champion. Nonito is the father of a second child. However, there is not much information about him with the media.

Donaire's father was the first to introduce him to boxing as he himself was an avid boxer. He did not have much interest in boxing in his early life, but he started boxing to get his parents' attention.  Nonito won his first major title in 1998, winning the National Silver Gloves. He went on to win the 1999 International Junior Olympics.  In 2002, Donaire his first regional title, the vacant WBO Asia Pacific flyweight title.

Nonito won another title in 2007, winning IBF and IBO flyweight titles against Vic Darchinyan. This match was titled "Knockout of the Year" and "Upset of the Year". The following year, The Filipino boxer defended his title against Moruti Mthalane. In 2010, Donaire moved to the flyweight category and fought against Manuel Vargas, and won the match.

In 2013, Donaire lost his second match in his professional career for his matchup against Guillermo Rigondeaux. To date, The professional boxer has won twenty-six matches via knockout and has lost just a single match via KO. In his last match against Naoya Inoue in November 2020, He lost the match and title of IBF and The Ring. He is set to face Naoya in the upcoming December for the title match.