Jordan Nwora is a college basketball player who plays for the Louisville Cardinals of the Atlantic Coast Conference (ACC). After his junior season, he declared for the 2020 NBA Draft and he is the second-round prospect. Besides, he represented Nigeria in the 2019 FIBA world.

No. 33 – Louisville Cardinals' small forward, Jordan Nwora is one of the most prolific scorers over the last two seasons in college basketball (17.5 points per game), has declared for the upcoming NBA Draft. With effortless scoring abilities his catch and shoot threat, he lets the ball go with a high and quick release. His feet are almost always set when he catches the basketball. 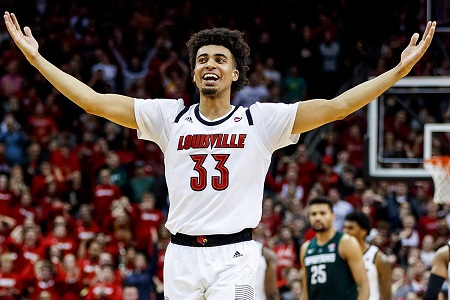 6-foot-7 tall, will forgo his final season of eligibility at Louisville and remain in the draft. He is ranked #38 behind Zeke Nnaji, Devon Dotson, and Aleksej Pokusevski by the ESPN in the list of 2020 NBA Draft Prospect.

Is Jordan Nwora in a Relationship?

Jordan Nwora is quite popular on Instagram with 43.1k followers. The basketball player's fans are updated with his career but not with his personal life. Yes, Nwora is yet to come out with his love story: affair or girlfriend to his well-wishers. 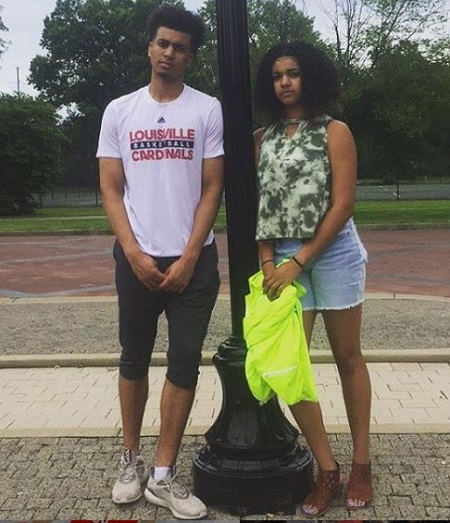 Seems like the hunk prefers his personal life low key for now as he is close to his big dream. Currently, he is believed to be single.

Jordan Nwora was born to a Nigerian father and an American mother. His father Alexander Nwora is a basketball coach, who helped Jordan in developing his basketball abilities.

For high school, he enrolled at The Park School of Buffalo where he shot 42 percent from three-point range leading the Pioneers to the New York State Federation Class B championship as a junior.

Further, he scored more than 500 points in his final high School season at Vermont Academy where he averaged 18.7 points and 5.3 rebounds. In 2018, he attended the Louisville Cardinals.