Joe Smith is an American former professional basketball player who played at power forward position for 12 teams of the NBA during his 16-year long career. He is one of the renowned names in the Basketball world.

Smith was mobile throughout his career, the NBA shows that he was one of the most traded players

Joe Smith was born as Joseph Leynard Smith on 26 July 1975, in the city of Norfolk, Virginia, the United States of America. He went to Maury High School and further attended the University of Maryland.

Talking about his nationality, he is an American and belongs to a black ethnical background. There is no information about his father, mother, brother or siblings.

Joe Smith's Net Worth and Salary

The 42 years old, Joe Smith is one of the many NBA players who experienced financial problems after leaving the league. Joe earned more than $60 million in salary during his playing days. Yet as of March 2018 he has over six figures worth of debt and his assets are largely gone.

He spent the money on homes, cars, a costly divorce, and bad investments. As of 2018, Joe Smith has an estimated net worth of -$157,000, including all of his properties. He is reported to have earned $61 million in his playing career with an annual salary of about $1.3 million.

He is currently being helped by Baseball star Alex Rodriguez to overcome his condition. He had several houses in different places during his playing career which he sold after being in debt.

Talking about his professional life, Smith was selected in the 1995 NBA draft by the Golden State Warriors as its 1st overall pick, before fellow power forwards Antonio McDyess, Rasheed Wallace, and Kevin Garnett

From 2007-2008, he played for Chicago Bulls. In the year 2008, he performed for Cleveland Cavaliers and then moved to Oklahoma City Thunder. He also drove his skills for Atlanta Hawks, New Jersey Nets & Los Angeles Lakers. Smith moved on to the Nuggets, where he only played in 11 games before being traded, along with Andre Miller, back to the 76ers for Allen Iverson.

Who is Joe Smith's Wife? Joe's Previous Relationship and Divorce

Talking about his personal life, currently 42, Joe Smith was once a married man. He got married to his long-term loving girlfriend, Yolanda Smith. They later got divorced in 2011 after Smith was found cheating on his wife. The couple doesn't have any children.

Smith later started dating Moniece Slaughter in mid-2011. The relationship did not last long as the couple broke up in March 2012. His ex-girlfriend Monica is a "Love & Hip Hollywood" star.

There were also reports that Monica took tons of money from his. According to Smith on his statement filed with the Manhattan Beach Police Department, he revealed that Monica had written 9 cheques from his checkbook to Timothy Clayton Carr totaling $109,000.

Joe Smith is currently married to Kisha Chavis who supported her during his hard times. The couple is together since 2018. The couple has already married in the how but is planning their wedding on the beach on St. Croix. 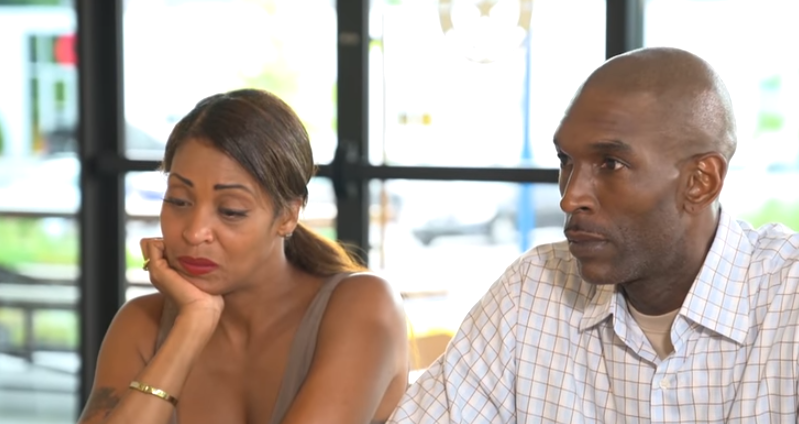 This talented personality earned name and fame in the basketball world. He is 6 feet and 10 inches and his body weight is 102 kg.