Allen Iverson is one of the most talked about basketball players and also the most controversial NBA stars of all time. He is a retired professional basketball player who has played for 14 seasons in the NBA games being associated with four different teams Philadelphia 76ers, Denver Nuggets, Memphis Grizzlies, and Detroit Pistons.

The basketball superstar is famous for his tremendous playing skills along with controversial lifestyle which includes Jail time, drugs, girls, marriage and well-publicized divorce. Allen is known for his Conrows, Lightning fast crossover and the fastest first step in the game. Because of his outstanding performances over the seasons, he won the NBA All-Star 11 times in a row, two NBA All-Star Game MVP, three All-NBA First Team, three All-NBA Second Team, four times NBA scoring champion, three NBA Steals leader and many more.

Despite being one of the most controversial players in the NBA's history Allen Iverson still has a net worth of around $32 million but he won't be able to use it until he turns 55. As a rule, he gets $1 million every year. He previously had a mansion in Atlanta built for $4.5 million which was later foreclosed by the bank.

Allen Iverson, AKA Answer, Ivy, and AI is 6 feet tall in height. He is currently living a single life after his divorce from his girlfriend turned wife Tawanna Turner. The former couple married on 3rd August 2001 and has five children from their failed married life. 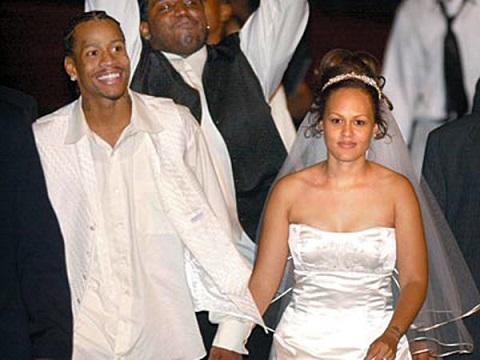 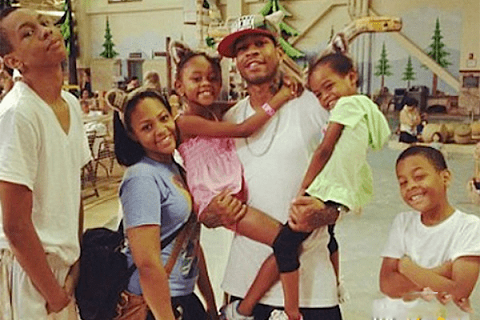 However, the marital relationship did not go as planned, their divorce was, in fact, a very controversial one, Allen's wife Tawanna even accused him of abducting the children. She had filed for the divorce with the sole legal and primary physical custody of all five children along with the child support. The divorce was finalized in 2013. At the same time, Allen again was caught in the news for not being able to pay his child support.

How Controversial is Allen Iverson?

43-year-old Basketball star Allen has been pulled into several scandals and controversies. Over time, he has been accused of assaults, arrested for carrying a concealed weapon, possession of Marijuana, Overspeeding the car, etc.

Allen had an affair with several women in the past including Kenya Moore and Da Brat. He was also rumored to have an affair with Foxy Brown, Carmen Bryan, and Ally Hilfiger, etc.

Allen Iverson's Net Worth in 2019; Salary and Earnings

In 2001, Iverson was named one of the highest paid athletes in the world with a jaw-dropping income totaling up to $155 million, exclusive of endorsements.

He has been liable to pay fine in different cases. In November 2010, a 76ers beat writer for the Inquirer had reported that he has gone “broke” and heavily in debt. This is in amidst rumors that he is broke mainly due to his lavish lifestyle and expensive lawsuits.

However, according to some sources, he is still worth $32 million but won't be able to use it until he turns 55. As a rule, he gets $1 million every year. He previously had a mansion in Atlanta built for $4.5 million which was later foreclosed by the bank.

With the applause and hatred from his fans and anti-fans, till the end of his career, this Basketball legend became a recognized name in the world of sports. Also, he can be followed on his Twitter.

Allen Iverson was born on 7th June 1975 in Hampton, Virginia, the United States to a 15-year-old single mother Ann Iverson. He was born after his father Allen Broughton deserted her. Allen took his mother’s maiden name as his surname. Born and raised in Hampton, he attended the local school and went to Bethel High School.

Since his childhood, he was passionate about basketball and used to play with his friends in the street and in school. After he joined his high school, he started as quarterback for the school football team and also started as a point guard for the school basketball team. Allen had won the Associated Press High School Player of the Year award in both sports in the Virginia state championships where he had played representing his School.

When Iverson was 17, he was involved in a huge fight at a bowling alley in Hampton where he allegedly struck a woman with a chair on her head. He was sentenced to 15 years of jail but his behavioral improvement and sports enthusiasm decreased his sentencing to 5 years only. He completed his high school from Richard Milburn High School established for at-risk students.

Allen in between his three years' sentencing, successfully convinced Coach John Thompson from Georgetown University to offer him with a full scholarship to join the Georgetown Hoyas, Basketball team.

After his release from jail, he joined the Georgetown Hoyas Basketball team and led the team to Elite 8 round of the NCAA tournaments. He spent two seasons in the college team and was picked in the NBA draft in 1996 and then after, he made his pro-Basketball debut.

Allen was first picked by Philadelphia 76ers in the 1996 NBA draft which opened him the door to professionalism. He spent 10 years of his career with Philadelphia. In 2006, Philadelphia 76ers sent him and his fellow mate Ivan McFarlin to Denver Nuggets in 2007 NBA draft. He was the second-leading scorer in the NBA during that time.

After 2007-2008 seasons with Denver Nuggets, he joined Detroit Pistons and later at Memphis Grizzlies giving his skills to make the team champion. Later in 2009, he returned to Philadelphia 76ers. However, unexpectedly, he missed most of the games in early 2010 due to the health issues of his fourth daughter. At the same time the coach announced, he won’t be appearing in rest of the season.

Later in that year, he signed the contract with a Turkish club Besiktas where he played a season and returned to the United States for his Calf Surgery.

However, in January 2013, he received an offer to play for Texas Legends of NBA-D-League which he declined. Later, he announced his retirement citing the loss of his interest to play Basketball.