As of 2019, his net worth is estimated to be roughly $300 million dollars. Currently, he is in an affair with American singer, actress, dancer, and producer Jennifer Lopez.

Alex Rodriguez was born on July 27, 1975, to Dominican parents, Victor and Lourdes Rodriguez in Washington Heights, a section in New York. His father was also a baseball player played for the Dominican Republic.

He grew up watching Keith Hernandez, Dale Murphy and Cal Ripken play baseball with his favorite team being New York Mets. He has been passionate about baseball since his early age.

His love for baseball was encouraged by her mother. He used to play for the local Boys & Girls Clubs in Miami under Coach Eddie Rodriguez.

He attended Christopher Columbus High School but at the end of his freshman year, he got transferred to Westminster Christian School (Florida). He played for the School’s team and was a star shortstop of the team. He also played as a quarterback on the school’s football team.

As a senior, he played in the first team prep All-American with the game statistics of 505 hits, 39 RBIs, 9 home runs, 35 steals in 35 tries in a total of 33 games which awarded him the USA Baseball Junior Player of the Year and Gatorade’s national baseball student of the year.

The popularity and outstanding play raised him to be the top prospect in the country and the first high school player ever to try out in Team USA in 1993.

After high school, he enrolled at the University of Miami playing in the college’s football team as a quarterback but turned down the Miami’s baseball scholarship opting to play for the Seattle Mariners after being selected in 1993 amateur draft.

Digging more onto his career, he started playing in the major league starting as the shortstop when he was 18 years, 11 months and 11 days old. He became the third 18-year-old player since 1900 playing as a shortstop in MLB. He spent 6 years with Seattle Mariners and moved to Texas Rangers in 2001.

His power hitting numbers improved after moving to Texas Rangers giving the top offensive seasons ever for the shortstop. He led the American League with 52 HR, 393 total bases and 133 runs. His seasons with Rangers were very impressive. He was traded to New York Yankees by Rangers on February 15, 2004. 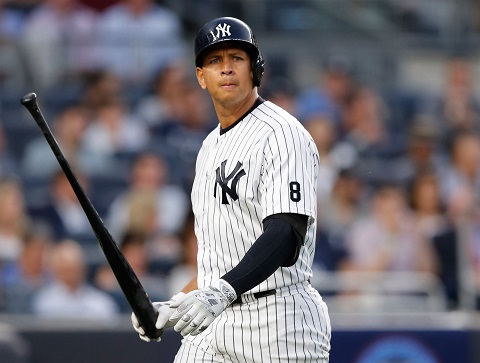 Afterward, Alex Rodriguez spent most of his career playing with the Yankees. His career statistics have been very impressive till date.

With the successful career, he has also faced the controversies in between due to the lucrative contracts and use of illegal drugs that enhance the performance. He was then suspended for 2014 regular and postseason from MLB having found him using the different types of performance-enhancing substances over the course of multiple years and trying to cover-up his violations by obstructing and frustrating the Office of Commissioner’s investigations.

He was also criticized for his performances in the postseasons of Yankees which was focused on his inability to produce hits in the clutch situations.

He has been an All-Time All-Star for 14 times, has won American League for three times, been the receiver of Most Valuable Player MVP Awards, ten times Silver Slugger Award, two times Gold Glove Awards receiver, and many others.

He is also the philanthropist. In the year 2003, he donated $3.9 million to the University of Miami to renovate its baseball stadium.

He was also featured on the commercial Pepsi Cola and Guitar Hero World Tour, along with Tony Hawk, Kobe Bryant, and Michael Phelps.

Moving onto his personal life, he has two half-siblings Joe and Suzy from his mother’s first marriage and a half brother Victor M. Rodriguez born from his father’s first wife.

He was married to a psychology graduate Cynthia Scurtis in 2002. The two had met at a gym in Miami for the first time. They have two children together named Natasha Alexander and Ella Alexander. However, the marriage did not last for long due to the infidelity of Alex. 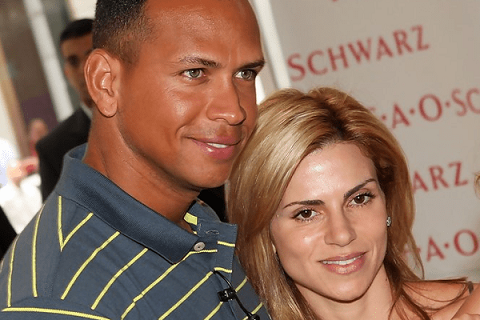 He was reported to be seen and spending nights with several of the women and even the call girls. Alex’s wife Cynthia thus filed for divorce on July 7, 2008, and the two got divorced in September 2008.

After his divorce, he dated Kate Hudson, Cameroon Diaz and with WWE Diva Torrie Wilson. He started dating Torrie in December 2011 and split in February 2015.

Currently, he is in an affair with American singer, actress, dancer, and producer Jennifer Lopez.

Retired professional baseball player, Alex Rodriguez was one of the highest paid baseball players. In 2001,  he agreed on a 10-year deal worth $252 million with the Texas Rangers. It was the biggest contract in baseball history, any player has got.

In 2003, he was traded to the New York Yankees, where he played until his retirement last year. As of 2019, his net worth is estimated to be roughly $300 million dollars.

He owns a dealership of Mercedez-Benz in League City, Texas. Furthermore, he also invested in the eSports team and NRG Esports.