Joe Calzaghe is a well-known former Welsh Professional boxer. He started his professional career in 1993 and remained at the top of his form until his retirement in 2008. He held world championships in two weight classes having won the linear super-middleweight title and light-heavyweight title. Joe is best known as the longest-reigning super-middleweight world champion in boxing history for more than ten years.

Joe Calzaghe was born Joseph William Calzaghe on March 23, 1972, in Hammersmith, London, England. He is among the two children born to Enzo Calzaghe and his wife, Jackie Calzaghe. His father was a well-known Italian-born Welsh boxing trainer. He passed away in 2018. Joe has two sisters named Melissa and Sonia. Joe stands six feet and weighs 79 kgs.

Calzaghe is among the highest-earning British professional boxer. He must have earned a hefty sum in his professional career of fifteen years. Joe has an estimated net worth of more than $15 Million. After several years of his retirement, his opponent claimed that he had not paid him his profit share of $3,897,505 from the Bernard Hopkins fight in April 2008. 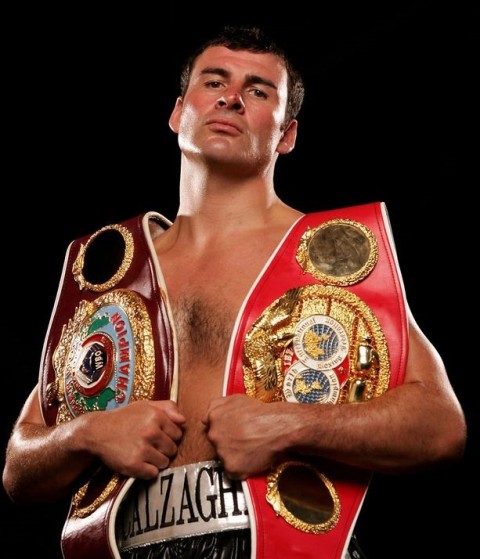 In 2008, Joe took home $1 Million from his fight against Hopkins from Sports Network. The sponsors guaranteed him $900,000 as his prize money and received an additional bonus. In 2007, the British Boxer accepted a challenge from Mikkel Kessler for the title match. He eventually won the game and earned $5 Million from this single event.

Who is Joe Calzaghe Married To? Know About His Wife and Children

Joe is not only famous for his undisputed career but also known for his failed relationships. He was first married to Mandy Davies in 1994. Soon after the wedding, the love birds welcomed a child, Joe, and then in 1997, they were blessed with another son, Connor. This happy-looking marriage never remained the same after the birth of their children. 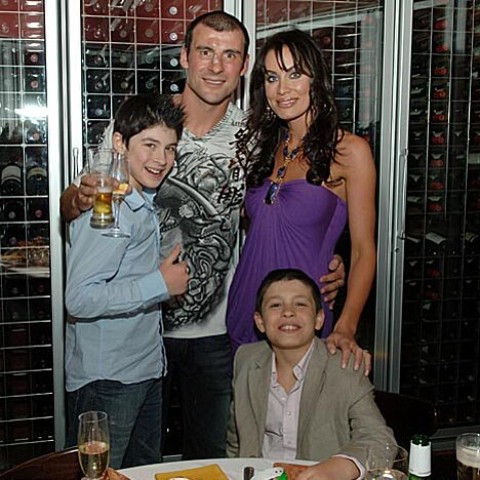 Joe along with his first wife Mandy and their children SOURCE: People

Joe and Mandy eventually filed for divorce in 2004 and moved on. After separating from his first wife, he remained single for some time and then found love with Jo-Emma Larvin. The pair dated for five years before parting away in 2009.

Shortly after this, Joe started dating Kristina Rihanoff. The couple announced the amicable breakup of their relationship in August 2013. The reason for their separation is still under investigation. 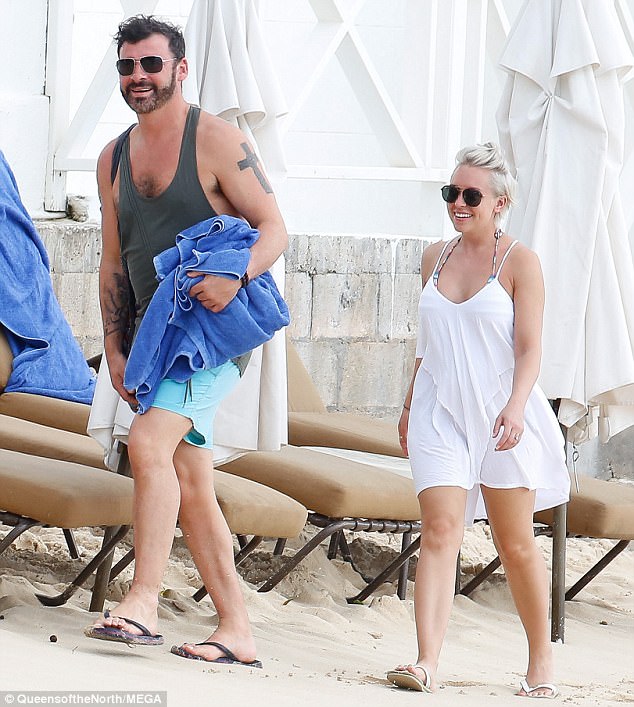 Joe Calzaghe and his girlfriend Lucy Griffiths on a vac SOURCE: DailyMail

The former World Champion boxer is currently dating his girlfriend Lucy Griffiths since 2015. The couple reportedly got engaged in 2018 while they were on a vacation in the Caribbean island of Barbados.

His rumored partner is a make-up artist.

Calzaghe finished his amateur carer winning British Championships in three different weight categories, welterweight, light middleweight, and middleweight. He made his professional debut in 1993 against Paul Hanlon and won the match via TKO. Until 1994, the boxer fought nine times and won all of them via Knockouts.