Anthony Fowler is a very talented British boxer who managed to grasp a bronze medal at the 2013 World Championships and gold at the 2014 Commonwealth Games in just his amateur career. Later, when he turned professional, he successfully managed to continue his amazing winning run.

The professional boxer was born on March 10, 1991, in Liverpool, England. He goes by the birth name of Anthony John Fowler and his zodiac sign is Pisces. He is a private guy and has not revealed any details related to his family life. However, it is known that he is the cousin of former England and Liverpool F.C. footballer Robbie Fowler.

Fowler initiated his boxing career after he took part in the 2013 World Championships as an amateur. There, he successfully defeated four boxers in four different fights. Following that, his career rose and he began to take part in several other competitions.

In the 2014 Commonwealth Games Middleweight, he became defeatless and won gold after defeating India’s Vijender Singh by unanimous decision. Four years after his amateur debut, on May 27, 2017, he finally made his professional debut.

In his first fight as a professional boxer, he scored an amazing victory when he knocked out Arturs Geikins in the very first round of the match. After that, his confidence got boosted and he became almost defeatless.

After winning 9 straight fights, on March 30, 2019, Fowler eventually got beaten when he lost against Scott Fitzgerald via split decision (SD). Nonetheless, he backed himself up and managed to score a win in the very next game against Brian Rose.

His most recent win came on August 7, 2020, when he defeated his own countryman, Adam Harper in Matchroom Fight Camp, Brentwood, England.

With such a good and flourishing career, with just one loss, it must be sure that Fowler earns a heavy salary and has amassed a healthy net worth.

Well, his fans have to wait a bit more to learn about his earnings and net worth as the boxer is yet to give an official insight into those.

The pro boxer is currently engaged with an Italian-British model named Serena Sophia. The two have been dating each other for a while now and later got engaged. 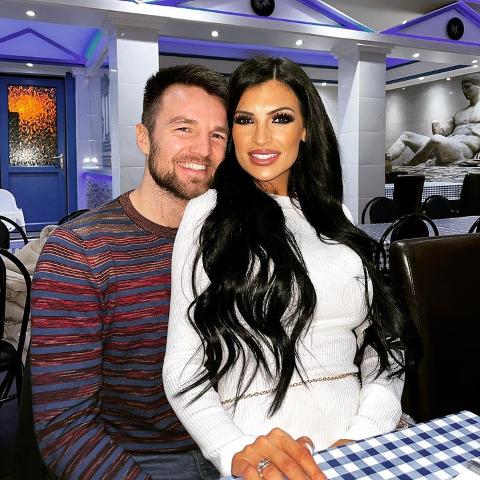 Likewise, they are also the parents of an 8-year-old daughter named Lucia. However, it is not confirmed that Lucia is Fowler’s biological daughter. Other than that, it is known that the beautiful duo is expecting a baby boy in their family.

On an Instagram post of January 29, 2021, the boxer’s girlfriend announced that she is pregnant with Fowler’s child.