Jimmy Garoppolo is an American professional NFL player who plays in the National Football League (NFL). As of 2018, James Richard Garoppolo currently plays for the San Francisco 49ers as their Quarterback.

NFL quarterback Jimmy Garoppolo reportedly signed a record five- year deal of worth $137.5 million with the San Francisco 49ers on February 8, 2018, making him the highest-paid athlete in the sport, surpassing the previous record of Matthew Stafford.

Garoppolo received a signing bonus of $7 million and a roster bonus of $28 million as part of his first-year salary. His 2018 and $7.5 million of his 2019 salary are fully guaranteed, bringing the full guarantee to $48.7 million.

The contract guarantees $74.1 million for injury and also includes a roster bonus of $800,000 per game. In addition, Jimmy has made the earning of $10,483,898 from his entire playing career.

Further, he owns a luxurious car and recently he has got he lavish Maserati Quattroporte having worth of 2.8 million and also has got a Ferrari. He has partnered with several brands and companies for the endorsement and recently signed a deal with The Luxury Collection. 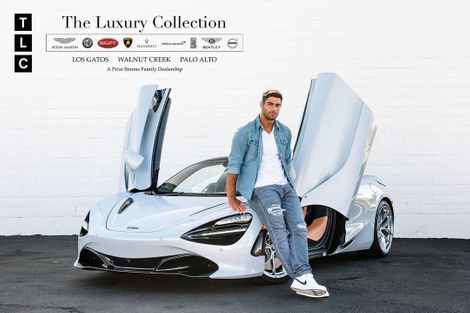 Currently, Jimmy is rumored to be dating an adult movie star, Kiara Mia. The couple was spotted spending time together in a restaurant.

Previously, he was reported to be dating a model named Alexandra King but the relationship didn't last for long. Garoppolo later revealed that he wasn't aware of his alleged relationship with Alexandra as it was set up by Tom Brady and wife Gisele Bündchen.

The Famous NFL star is 6 ft 2 in height and weighs around 102 Kg.  Garoppolo is not only a world-class athlete but also has a very attractive individual.

Other than being a famous NFL Quarterback, James Richard Garoppolo is pretty famous in social media.

James Richard Garoppolo was born on November 2, 1991, in Arlington Heights, Illinois to parents Tony Garoppolo and Denise Garoppolo. As per his nationality, he is American and belongs to the White ethnic group. Further, his star sign is Scorpio.

He grew up along with his sibling, Mike, Billy and Tony Jr. 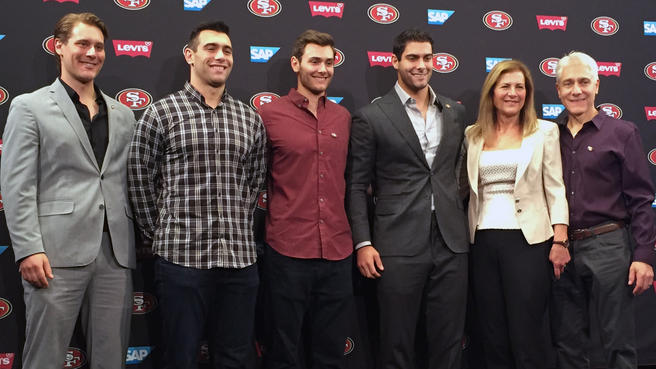 In the second round of the 2014 NFL Draft, the New England Patriots drafted him with the 62nd pick overall. He was the first player to be drafted in 2014 from the  Football Championship Subdivision.

In addition, he is the highest-drafted quarterback that New England had selected since Drew Bledsoe who was picked first overall in 1993. 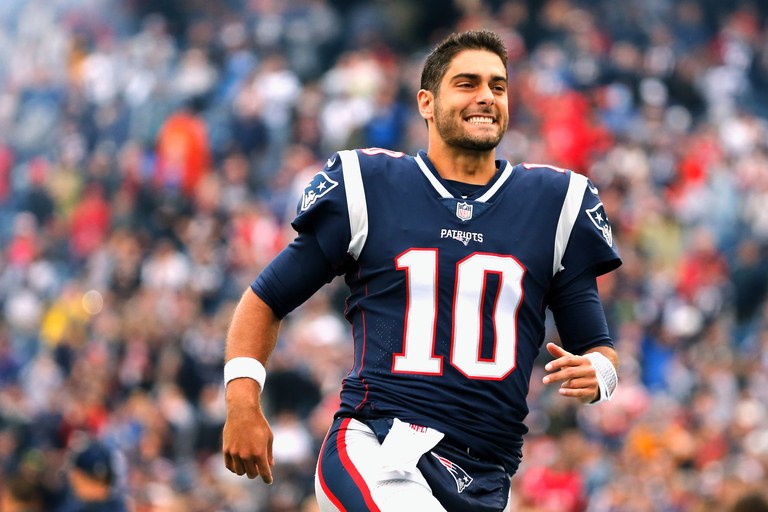 The Patriots traded Garoppolo to the San Francisco 49ers on 31 October 2017. In Week 12, he made his debut in the final minute of the 49ers' game against the Seattle Seahawks after C. J. Beathard was injured.

Currently, he is playing along with his star teammates like Nick Mullens, Richard Sherman and many more