James Philip Milner popular as James Milner is an English professional footballer who currently plays for Premier League club Liverpool. Previously, he played for Manchester City from 2010 to 2015 and several other Premier League teams like Aston Villa, Newcastle United, etc.

Milner is married to Amy Fletcher and they also have children. Continue to read for information regarding his career, family, wife, children, net worth, and more.

James Milner Salary and Net Worth In 2022

Currently, James Milner has an estimated net worth of around $11 million. This talented footballer has made a good fortune throughout his career. He is earning an extraordinary salary that boosted his total net worth.

In addition, Milner earns $0.6 million annually through endorsement deals. His major deal is with Nike from the promotion of shoes. 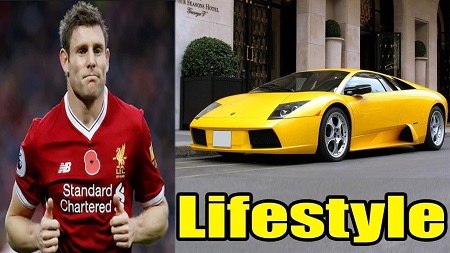 James Milner is fond of luxury cars and his collection includes Volvo S60, BMW, and Audi A6.

James Milner is married to his partner Amy Fletcher whom he met before starting his football career. Milner met Amy during his childhood and he had previously revealed that meeting her made him feel rich.

Milner is a private man and he doesn't share much about his personal life. His wife also likes to stay away from the limelight. The pair is blessed with two children. Their first child was born in 2015. 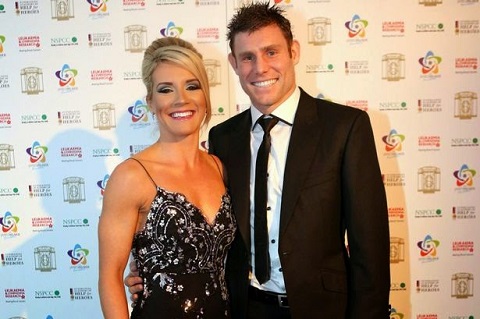 This talented footballer is also a philanthropist. He runs a charitable institution named “The James Milner Foundation” which assists in the preservation of health and advancement of education among young people in the United Kingdom through financial support.

His wife has been credited to be the brains behind the foundation as well.

James Milner was born on 4 January 1986 in Wortley, Leeds, England. He belongs to white ethnicity and holds English nationality. Born in early January, his zodiac sign is Capricorn. Milner is the only child of Peter Milner and Lesley Milner.

From an early age, James Milner was passionate about outdoor sports. He played cricket, sprinting, running during his high school years. As a youth, Milner started his career with Leeds United junior club where he played for six seasons.

James Milner, at the beginning of his career, played for Leeds United in 2002. For the 2003 season, he was loaned to Swindon Town where he scored two goals in six appearances. Following his move to New Castle, Milner was loaned to Aston Villa for single seasons.

James Milner then agreed to a permanent contract with Aston Villa on 29 August 2008 for a fee of $16.30 million. He played with the club for two seasons and scored 11 goals in 73 appearances. Milner then joined Manchester City for a reported fee of $35 million. He made his debut in August 2010 in a 3-0 win against Liverpool. James Milner scored his debut goal in a competitive match against Leicester City.

Milner has appeared in 102 games for Liverpool and scored 13 goals so far. Milner became the first player in Champions League history to provide 9 assists in a single season on April 24, 2018. His current teammates are Simon Mignolet, Mohamed Salah, Trent Alexander-Arnold, and Joe Gomez.

James Milner has reached the age of 36 now. He has a height of 1.75m and has a balanced weight of 70 kg. Apart from his football career, James Milner loves to play golf. He is close friends with teammate Jordan Henderson.

Milner has a good amount of followers on his Twitter and Instagram accounts. He updates his fans about his career ventures and personal events via social media accounts.