Jamaine Ortiz is an American professional boxer who competes in the lightweight division. Active since 2016, he has an unbeaten record of 15-0-1 (win-loss-draw). Ortiz is someone power promoters might want to be looking at, if not to sign outright then maybe figure out a co-promotional deal with CES.

Worcester, Massachusetts native, Jamaine Ortiz was born on 28th April 1996, under the star sign Taurus. The twenty-four years old holds an American nationality and is of Afro-American ethnic background.

How Much Is Jamaine Ortiz Net Worth In 2022?

Jamaine Ortiz is a promising name in the boxing field. With name, he has earned a decent sum of money. As of 2022, his net worth is approximately $0.1 million. 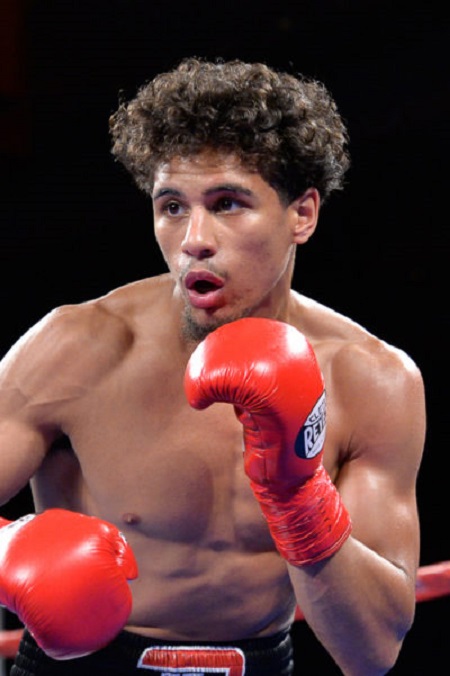 According to the source, the average pro boxer earns $35,584 per year in a range that runs from $22,000 at the low end to $37,000 at the high end. Well, that's an average pay now Ortiz becoming a recognizable name in the boxing world he makes no less than a five-digit figure per fight. Further PPV helps to add a tremendous sum of money.

Jamaine began boxing when he was six years old, thanks to National Golden Gloves Hall of Fame trainer Carlos Garcia, who has run the boxing program at the Worcester Boys & Girls Club for nearly 4 decades. The naturally gifted Ortiz compiled an outstanding 100-14 amateur record, highlighted by a silver medal at the 2015 National Golden Gloves Tournament, in which he lost in the championship final to Joselito Lopez Further, he had back-to-back gold-medal performances at the New England Tournament of Champions in 2015 & 2016.

On 13th May 2016, Jamaine made his professional debut against Josh Parker at Twin River Event Center, Lincoln. The highlight of his young pro career to date was winning an eight-round unanimous decision on 23rd February 2019 from previously undefeated (10-0) Ricardo Quiroz to win the vacant WBC Youth World lightweight title.

In his 3rd last bout and first WBC World Youth title defense on 8th August 2019, Ortiz won a dominating eight-round unanimous decision over 8-1-1 Romain Couture. Next, he faced Luis Ronaldo Castillo on 28th February 2020, which he won via KO.

On 28th November 2020, Jamaine Ortiz threw down against Sulaiman Sagwa before stopping him in the 7th round.

The twenty-four years old boxer, Ortiz is blessed with an adorable daughter. His IG is full of his daughter's pictures. The father-daughter had a photoshoot for sports brands. 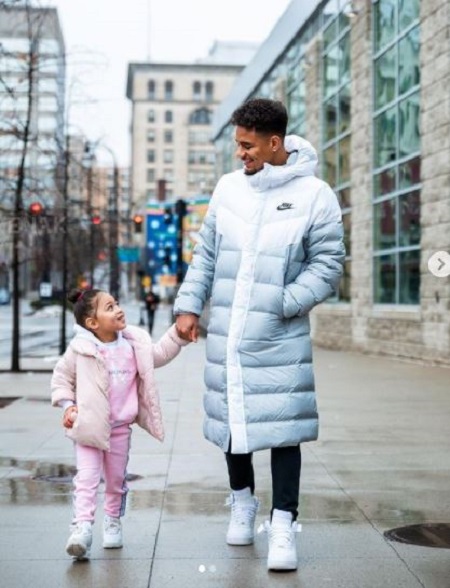 Nevertheless, Ortiz has not shared any information regarding his daughters' mom. It is still unknown if Ortiz is single, married, or in a relationship.