Is George St-Pierre Married? Details about his Relationship and Girlfriend 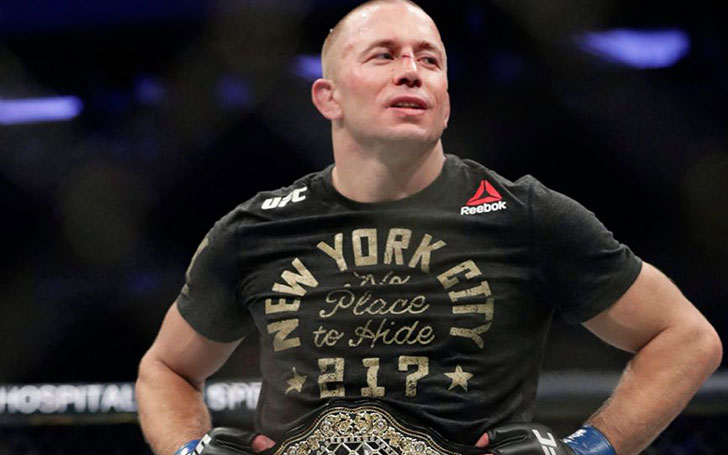 The three-time former UFC Welterweight Champion, also regarded as one of the greatest fighters of all time, Georges St-Pierre also held the Middleweight title become the fourth fighter in history two hold titles in two division. He was also ranked as the #1 welterweight and pound-for-pound fighters for several times.

GSP was recently in talks with the lightweight champion Khabib Nurmagomedov for the 155-pound title match, The 37-year-old Canadian MMA star's personal life and relationship status is often in talks these days. So, has the pound-for-pound king married? Who is he currently dating?  Scroll down for more.

Is George St-Pierre Married? Who is his Wife?

Georges St-Pierre is not a married yet and he doesn't have any spouse. He does not have any children too. However, in the future, he would be a married man but at present, he is busy in his career. He is not only concern about his fighting career but also related to his film career.

St. Pierre prefers to keep the aspect of his private life undercover. He has been associated with a number of ladies in the past but hasn't tied the knot with anyone. Some of the most notable names he has been linked also include the British-born sprinter Lucy Onyeforo. However, this alleged relationship was never confirmed by either of the two.

Back in 2012, he was also rumored to be dating Hollywood actress Mandy Moore which he died later.

According to sources, recently, he was linked with a girl with whom he also posted some pictures on his Instagram profile. The rumored girl is believed to be Genie Bouchard, a tennis player. However, there are no any sources that claim their relationship.

Related Article: Zahabi: Georges St-Pierre Vs Khabib at 165 pounds Is The Best Fight For GSP At The Moment

The Canadian fighter was born in 1981, on May 19, in Saint-Isidore, Quebec Canada. He is Canadian by his nationality and his ethnicity is white. Born to Roland St-Pierre and Pauline St-Pierre, his star sign is Taurus.