Gossip How Much is Luis Suarez's Net Worth in 2018? Know about his Salary, Career and Awards

How Much is Luis Suarez's Net Worth in 2018? Know about his Salary, Career and Awards

Luis Suarez, the Uruguayan professional footballer currently plays for the Spanish club Barcelona since 2014. 31-year-old Suarez, also the prominent striker for the Uruguay National Team in the 2018 FIFA World Cup, along with his football career of 13 years is blessed with happy married life and massive contracts too.

With his massive salary, the Uruguayan footballer is estimated to be enjoying the net worth of $42 million currently. Besides his playing career earnings, Suarez's earnings get a good lift from his endorsements as well. Want to know more about Luis Suarez's salary, contracts, and awards? Let's know in this section below.

Net Worth And Salary of Luis Suarez

Sharing an inspiring love story with wife Sofia Balbi, Luis Suarez, the father of 2 children is also the possessor of $42 million net worth as of 2018.

As reported, currently Luis Suarez earns the annual salary of $20.13 million, which splits up to see him the weekly wage of $387,154. Though, the Barcelona's gem Lionel Messi tops the list of Barcelona's highest-paid player with the salary of $34.71 million annually.

However, after PSG snatched Neymar Jr. from Barcelona breaking the clause with $261 million in fees, the Camp Nou accepted to raise over $130,000 in Suarez's wage in 2017.

Initially, the youth team player of Nacional, Luis Suarez played professionally for the team from 2005-2006 before he was transferred to Groningen for a fee of $942,924.

While playing for a season with Groningen till 2007, Suarez got a transfer offer of $4 million from Ajax, but it failed. But after Ajax offered $8.84 million for Suarez, Luis Suarez's move to Ajax was confirmed.

In 2007, Suarez signed a 5-year contract with Ajax earning him the annual salary of $1.94 million

After playing for Ajax till 2010, he was transferred to Liverpool on a fee of $30.46 million and signed a 5 and half year contract with Liverpool in January 2011. It became the club's most expensive signing until Andy Carroll a few hours later for $47 million.

7 years ago today, Liverpool signed Luis Suarez from Ajax for £22.3m. Not even going to mention the other signing we did that day. pic.twitter.com/KZNtI48S13

Luis Suarez played for Liverpool till 2013 season and then was bought by Barcelona for $86.75 million to play with the jersey number 9.

Gutted #Suarez is gone but our future still looks positive! Hope had does great at Barca! Will never forget the great times he gave us #LFC

Here is the table of Luis Suarez's salary and contracts.

Currently, Luis Suarez's market value is reported to be $84.16 million.

Curious about his endorsement earnings? Scroll down.

Luis Suarez reportedly endorses Adidas, Gatorade, Pepsi and Tourism Malaysia. In November 2017, he signed a personal 1 year deal with Tourism Malaysia, while in 2014, Suarez's sponsorship with 888Poker and Adidas nearly came to an end after biting an Italian opponent in FIFA World Cup 2014.

As reported, Suarez earns $7 million collectively with his endorsements, though each of the deal payment detail is not out yet.

To be near with his family in Barcelona, Suarez made his move from Liverpool to Barcelona. And soon after his move to Barcelona, Luis Suarez bought a house in Castelldefels, Spain in 2014.

The 2000 sq. meter property is reported to be bought for $3.42 million and it's interesting to know that, the million dollar pad is located in opposite Leo Messi's property in the leafy suburb of Castelldefels. 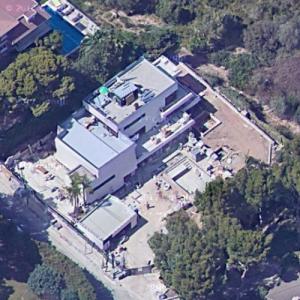 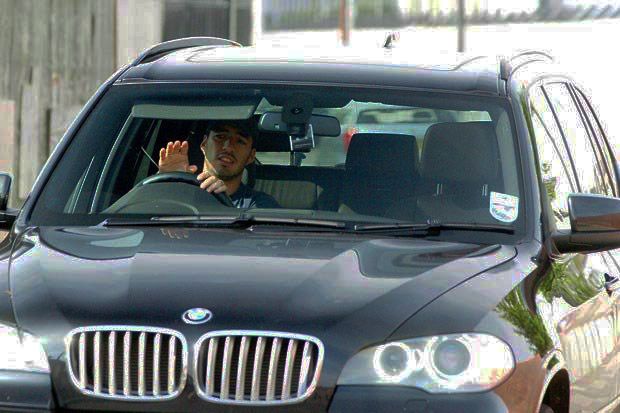 Playing professionally since 2006, Luis Suarez has gone on long way to the height of success. Suarez has
16 trophies in his career, including 5 league titles, a UEFA Champions League title, and a Copa America.

The 2010 Dutch Footballer Of The Year helped Ajax win the 2010 KNVB Cup and Eredevise title in 2011. While in Barcelona at his first season, Suarez helped the team to win a historic second continental treble of La Liga, the Copa del Rey and the UEFA Champions League.

His other achievements and honors include:

Let's see his top 10 goals of his career.

It's the third time Suarez's appearance in the FIFA World Cup, let's wish him best for further.