Andy Carroll is a professional football player. He plays as a striker for the English club Newcastle United and his national side England. This 30 years old professional player has played for clubs like West Ham United Liverpool, and Preston Northend.

He has an estimated net worth of $60 million. Regarding his love life, he is engaged to Billi Mucklow and shares a son with her. Further, he has another child from his previous relationship.

How Much Is Andy Carroll Net Worth In 2019? Salary & Endorsements

Andy Carroll has an estimated net worth of $60 million in 2019, including all his assets. Currently, he is under a one-year contract with Newcastle United. Nevertheless, the information about his payroll is yet to revel.

His current market value is recorded at €8 million.

Besides, He earns much from his endorsement deals with various brands including Nike. Additionally, Carroll is a model for a retailing cloth company named H&M and is the frontman of a campaign led by fashion designer Alexander Wang.

In 2019, he listed the nine-bed Essex mansion he shares with fiancee Billi Mucklow up for sale for £5 million. The house consists of 8,000 sq ft of luxurious living space and includes an amazing huge open plan bespoke kitchen/breakfast/ living room, a cinema room, lounge, dining room/orangery, annex with a games room with bar. 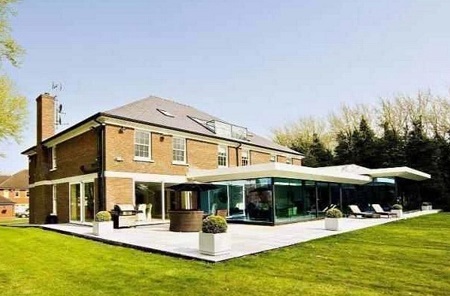 Carroll is neither married nor single. Currently, the hunk is engaged with Billi Mucklow; a TV reality star. The couple got engaged in November 2014 and lives together in Essex. They together have a son named Arlo, who was born in June 2015. 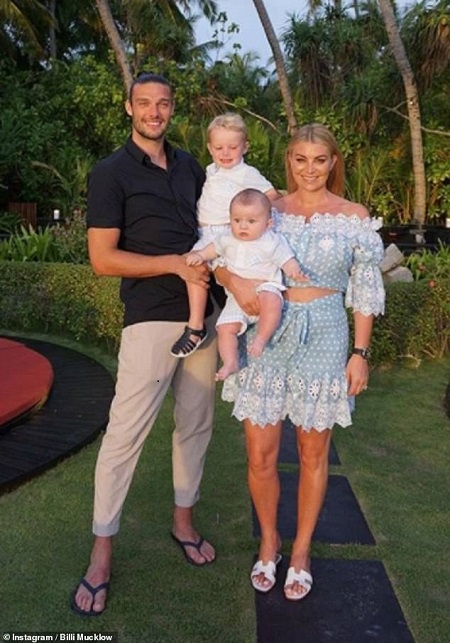 Carroll has two more children from his previous relationship with his ex-girlfriend Faye Johnstone, with whom he split in 2010 when she was pregnant with their second child Lucas. His two children with her are; Emilie Rose and Lucas.

Andy Carroll was born on 6 January 1989, in Gateshead, England and his full name is Andrew Thomas Carroll. His parents are Susan Summons and Thomas Carroll. He began to play football from the age of 9. He attended Brighton Avenue Primary School and Joseph Swan School. He holds an English nationality.

Andy Carroll began his footballing career with Newcastle United since 2006, he signed his first professional contract with the club in July 2006. His first debut for the club came on November 2, 2006, at the age of 17 in a match against Palermo. His debut in English Premier League came on 25 February 2007, against Norwich City. In a friendly match against Juventus on 29 July 2007, he scored his first goal for the club with the left-footed strike.

He was further sent on loan to Preston North End on 14 August 2007 and made his debut for the club the same day of his signing. Carol scored his first Championship goal, and his first English league goal, against Leicester City on 6 November. He played 11 games for the club scoring a single goal and returned back to his club in 2008. He was at the club until 2010 playing 80 games and scored 31 goals.

He then switched to Liverpool on 31 January 2011 signing with number 9 jersey previously worn by Fernando Torres. He made his Liverpool debut coming as a substitute in the 3–1 win against Manchester United on 6 March 2011. His first goal for the club came on 24 August 2011 with a 20-yard strike against Exeter City.

He played 44 games for the club scoring 6 goals and moved to West Ham United. He signed with West Ham on a season-long loan on 30 August 2012 and made his debut for the club on September 1, 2012, scoring twice in their 3-0 win against Fulham. He further signed permanently with the club after the extinction of his loan on 21 May 2013. He still plays for the club.

On 8 August 2019, Carroll re-signed for Premier League club Newcastle United agreeing on a one-year contract. His teammates include Martin Dubravka and Yoshinori Muto.