Uruguayan Footballer Luis Suarez is Living Happily with his Wife Sofia Balbi; Do they have Children? 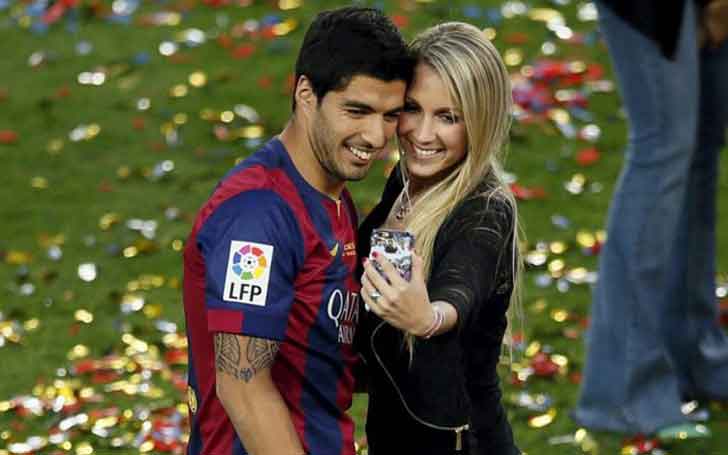 Luis Suarez, the 31-year football striker for the FC Barcelona, is 2 times European Golden Shoes, an Eredivisie Golden Boot, and a Premier League Golden Boot winner. The ace of the Uruguay National Team Suarez's achievements seems quite shadowed by the football megastars like Lionel Messi and Cristiano Ronaldo, but his incredible love story and married life keeps him ahead of all others.

Suarez is married to his long-time lover Sofia Balbi, whom he credits as his inspiration for the football career upliftment. Suarez, with his 9 years of marriage, shares 2 children with his wife and is reportedly living a happy married life.  Wanna know more about Suarez's relationships and children? Scroll down.

Luis Suarez's love story goes back in the time when he was a teenager working as a street sweeper in Montevideo after his parents separated. Reportedly, the couple: Suarez and Balbi met for the first time in 2002, while Suarez was 15 and Balbi was 13, and it was the love at first sight.

Also Know: if Uruguayan Play Maker Luis Suarez will Bite any Players Or Stop A Ball With His Hand this World Cup, Did he sign the biting Clause with FIFA too? 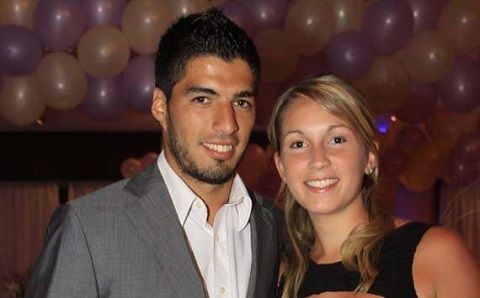 Well, the relationship of Suarez and Balbi is not less than a movie as after the Balbi family moved to Barcelona in 2003,  he focused on his football career because all he needed was money to reach out there.

Re-Unity of Suarez and Balbi

After he became a pro in 2006, Suarez moved to Europe and reunited with Sofia. Then after 3 years, Luis Suarez married his lovely wife, Sofia Balbi in 2009,  though the wedding detail is not disclosed.

Well, reaching to Europe only was not all for Suarez, as Suarez's deep intention to live with his wife residing in Barcelona made him make his way out from Liverpool FC to FC Barcelona in 2014. 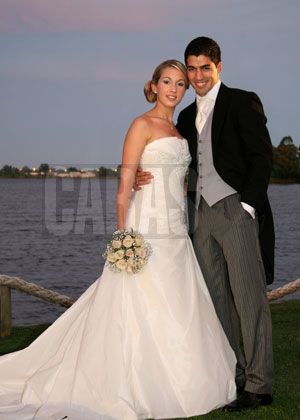 In the Golden Boot Ceremony in 2014, Suarez revealed his solid journey of love and even credit Sofia as his motivation for making him, who is he now. Suarez told:

"At 15, I found a girlfriend and that sorted my head out. It helped me realize how important football was for me."

Besides enjoying the net worth of $42 million, Suarez is also enjoying a happy married life and a happy family life with his wife and 2 children: a son and a daughter.

The happy family is reportedly free from the mishaps of separation. Let's know more.

Really Suarez has made an epic love story to tell his daughter Defina and son, Benjamin. Following a year of their marriage, Luis Suarez and Sofia Balbi became parents for the first time after welcoming their first child, daughter Defina in August 2010.

Then again 3 years later, the happiness again knocked on the door of the couple after they welcomed Benjamin in 2013.

I uploaded a pic celebrating the 2 years old from our beautiful daughter!! We love you very much baby!! pic.twitter.com/Pue2EayS

It true that the family love has no limitations. Back on May 7, 2017, before the FC Barcelona's match against Villarreal, Sofia Balbi and along with Antonella Roccuzzo (Messi's wife) joined the Barca stars in the field along with their children. 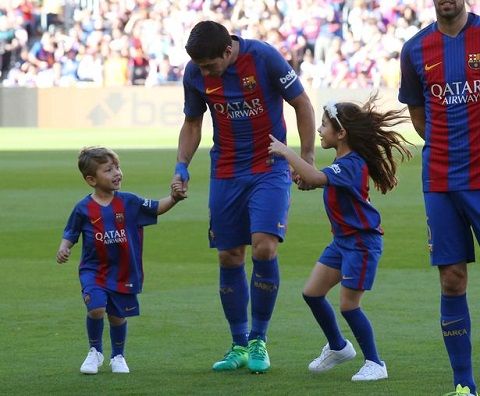 CAPTION: Luis Suarez with his children in the football field SOURCE: Mirror.co.uk

A happy family is indeed the strength of all, right? Let's take a look at some adorable moments shared by Luis Suarez with his family.

FELIZ DÍA a la mejor mamá del MUNDO, GRACIAS por cuidarnos cada minuto de nuestras vidas. TE AMAMOS MUCHO ??????SOS LA MEJOR [email protected] HAPPY DAY to the best mother in the WORLD, THANK YOU for taking care of us every single minute of our lives. WE LOVE YOU SO MUCH ??????YOU’RE THE BEST ??????

Lots of love and best wishes to this happy family.

Who is Oriana Sabatini? Oriana Tested Positive for Coronavirus with her Boyfriend Paulo Dybala 5 months by Jack Ol