Hong Chul is a South Korean soccer player who plays left-back and left-winger for the South Korean national football team and Daegu FC. He played with several clubs.

Hong was a youth player at Dankook University before beginning his senior career. The agent of FA currently manages the 31-year-old footballer.

Hong Chul was born on September 17, 1990, in Hwaseong, Gyeonggi, South Korea.w Chul belongs to the Asian ethnicity and holds a South Korean nationality. Much about his parents and his early life is under the radar.

Hong Chul has an estimated net worth of more than $1 Million. The current market worth was estimated to be around €250K. In 2012, his market value was about €1.25 million. The South Korean-born soccer player Chul had an annual salary of €468,000 with a weekly pay of €9K, which he got through his former club. However, Chul's net worth is yet to be reviewed. 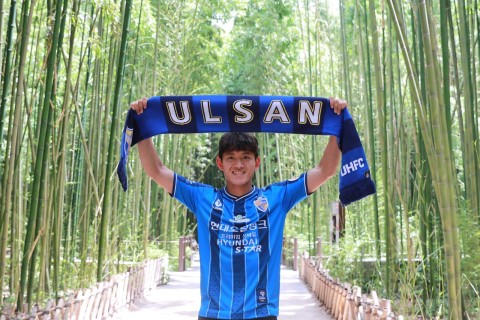 A football player has multiple sources of income, including sponsorship and advertising deals. Hong must have signed several contracts with the brands and made a good amount. The player has not shared much about his current earnings and salary with the club.

Hong Chul commenced in the world of football as a youth member at Dankook University. Following that, he began his professional career by joining Seongnam IIhwa Chunma in 2010. He left ht club in 2012 after netting six goals in 68 appearances. He was a member of the team that won the 2010 AFC Champions League and 2011 FA Cup.

On January 1, 2013, Chul was signed by Suwon Samsung Bluewings, while his market price was estimated to be around €1.25 million. He has so far scored two goals in 105 appearances. Along with his team, he was awarded the 2016 FA Cup.

Chul was loaned to Sangju Sangmu on December 6, 2016, which kept him until September 4, 2018. The player served in the South Korean army for a season. At the same time, He represented the army club, appeared in forty-nine games, and scored two goals. After serving in the army, The player moved back to Suwon Samsung Bluewings and played until 2020.

Hong moved to Ulsan Hyundai for a season. The player appeared in thirty-four games and scored one goal. After playing in two seasons, Chul moved to Daegu FC and signed for an undisclosed fee.

Hong won his first title, AFC Champions League, in 2010 with his club, Seongnam IIhwa Chunma. The following year, The club won the FA Cup. He had some drought year and then won two FA cups with Suwon Samsung Bluewings. As his international medal, Chul won EAFF East Asain Cup in 2015.

In 2009, Hong Chul made his international debut with South Korea U-20, where he played two games., Following that, he played 12 games for the U-23 squad scoring 1 goal.

On February 9, 2011, Hong Chul earned his senior cap with the coach Kwang-Rae Cho in a 0-0 draw against Turkey when he was just 20. He is a member of the team that won the 2015 EAFF East Asian Cup. 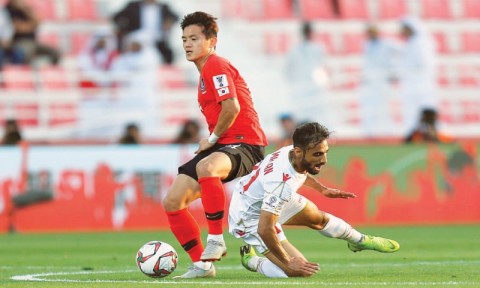 Hong moves past a player in an international game SOURCE: Dawn

Hong Chul was called up for the 2018 FIFA World Cup in Russia along with Kim Seung-Gyu, Lee Yong, and Kim Min-Woo. His team lost their first two games in Russia but could still advance to the knockout rounds if they defeated the world champions Germany on June 27, 2018, and Mexico beat Sweden on Wednesday.

However, their task had been made all the more difficult with the news that captain Ki Sung-Yeung missed the must-win match against the Germans after picking up a calf injury during the game against Mexico. Since his international debut in 2011, The player has appeared in forty-four games and scored one goal.

Talking about personal life, Chul isn’t comfortable talking about his personal life with the media. So, the information about his affairs, girlfriend, or marital status isn’t revealed. The player could be single, dating, or even married to his wife and living a happy married life. Hong does not show much presence on social media and has successfully kept his personal life away from the spotlight.