The Mexican international Henry Martin is a professional soccer forward for the Liga Mx side club America. Also, he is a vital player for the Mexica national football team. In the nine years of his footballing career, he has appeared for several football clubs such as Venados, Tijuana, and FC America. Moreover, Henry is also the 2-20 Olympic Bronze medalist.

Despite knowing him as Henry Martin, his actual name is Henry Josue Martin Mex. The footballer was born on November 18, 1992, and is now 29. His birthplace name is Merida, Yucatan, Mexico. Henry was born to Mexican national parents, Guadalupe Rosario Mex Lopez and Daniel Martin. Martin's family area a tremendous footballer. Like him, his elder brother Freddy Martin also plays professional football in Liga de Expansion MX club Venados. All of the Martin family members are devout Christain.

Henry Martin FC America forward is enjoying a joyful and lovely martial life. He is lucky to be married to his love, Gabriela Pech pech, with whom he is unconditionally. Before walking down their wedding aisle in 2017, the couple was in a relationship for some time. The quote "Behind Every successful man, there is a woman" suits her as she has been through the ups and downs of his life. Also, besides his supporter and lover, Gabriel is the mother to two children, a son, and a daughter. However, their name remains under review as he has not revealed it. He looks close to his children and loves lighting g up his Instagram with their golden moment photos.

How Much Does He Earn In Club America?

The Muscular built forward Henry is one of the well-earning Mexica Players. He makes his livelihood from his footballing career. As Henry Martin is one of the vital players for America, the club must be paying him well. Digging on various online sites, we learned that Henry makes  $9,36,000 per season in America. 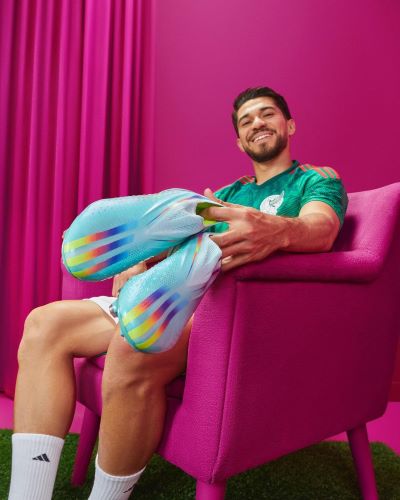 He is the fourth-highest player in his current club, while Guillermo Ochoa has become the highest-earning player with a staggering annual pay of £3,432,000. Therefore, his estimated net worth is around $3 Million. Additionally, he also gets bonuses and salary from his nation too. Thus with such impressive, he has maintained his living standard quite well. Apart from football, he credits his bank balance through his sponsors, brands, and endorsement deals.

Insight On Club And International Career

Martin's football-loving nature dragged him to persuade him at the professional level. To your knowledge, the Mexican played his amateur level for Itzaes from 2008 to 2012. However, at the senior level, he set foot in soccer at age 15 as a Venados forward in 2013. Just appearing in 13 league appearances, he assured to join his home club Meida in 2013 and debut on July 13, 2013, against Delfines del Carmen. 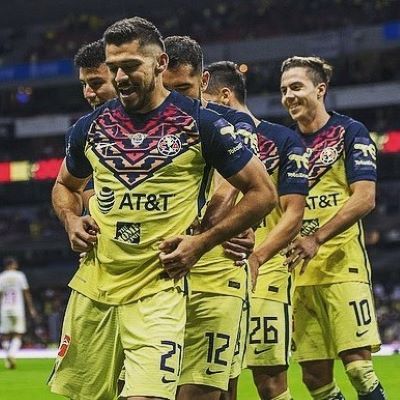 Likeswise, he joined Tijuana for three years. Ending his contract he signed a contract with Club America on December 13, 2017. Moreover, he stunned every Amerca fan by scoring a goal in his debut match against Queretaro on Janaury 7, 2018. As of today, he has scored 55 goals in 165 games.

Talking about his international career, Henry made his debut in 2-15. Indeed, he also capped the squad in several matches. For Mexico, the professional scored his first goal against Trinidad and Tobago on September 4, 2015. Reportedly, he also represented Mexico at the youth level.