Gregg Charles Popovich, a.k.a. Gregg Popovich is the head coach as well as President of the San Antonio Spurs of the NBA since 1996 and head coach of USA national team. Often called "Coach Pop" or "Pop," he is the longest-tenured active coach in both the NBA and all major sports leagues in the United States.

Born on January 28, 1949, Gregg Popovich is the oldest head coach currently working in the NBA. As of 13th April 2019, he became the most wins in NBA history, surpassing Lenny Wilkens and Don Nelson.

4-time NBA Championship winner, Gregg Popovich is ranked #10 in the top 10 highest-paid coaches in the world and #1 in the list of highest-paid NBA coach with an annual salary of $11 million from the San Antonio Spurs.

Back in 2013, with an annual salary of $6 million from San Antonio Spurs, he was ranked 11th in the Forbes HIGHEST-PAID COACHES IN AMERICAN SPORTS.

Beside from NFL team, Popovich earns much as a head coach of the US national team and currently has an estimated net worth of $30 million. 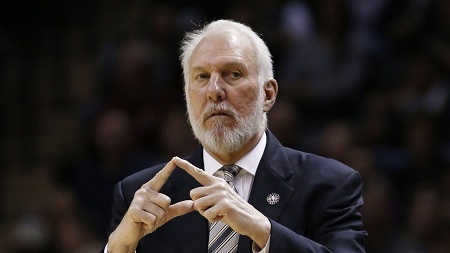 Known as a wine connoisseur, the coach spends approximately seven figures on team dinners at some of the best restaurants across the U.S. each year. In addition to paying for everyone’s food, he drops thousands of dollars on some of the most excellent wines on the menu and then leaves a hefty tip for the staff that served the team.

ESPN reported one restaurant owner who has served Popovich several times, told that the coach would often leave a $10,000 tip on a nothing meal, order bottles of wine for the kitchen staff, and leave a thick wad of cash and ask that it be delivered directly to said staff.

In 2005, Gregg Popovich socred a lavish mansion in San Antonio. The property features four bedrooms and six bathrooms spread over 9,640 sq. Ft. and includes an incredible wine cellar on the property where you’ll be able to store over 3,000 bottles. 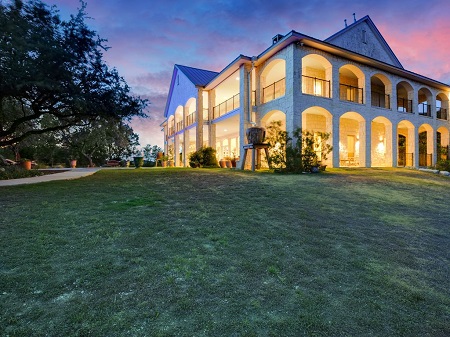 Popovich is actively participating in charity works such as the San Antonio Food Bank and Innocence Project. Also, the coach was a part of Shoes That Fit. That organization aims to deliver shoes to more than 200 students at Gates Elementary School affected by Hurricanes Irma and Maria.

Not only this, but he also helps raise funds for J/P HRO, which operate a disaster relief program in Haiti, and numerous disaster relief organizations in the U.S. and Caribbean.

Married to Erin Popovich Until Her Death

Gregg Popovich is a one-man woman. He had been married for four decades to Erin Popovich with whom he shared wo children and two grandchildren.

As reported, Popovich, 67, had been ill since the 1990s. On 18th 2018, his spouse died after a long battle with what was said to be a respiratory illness. 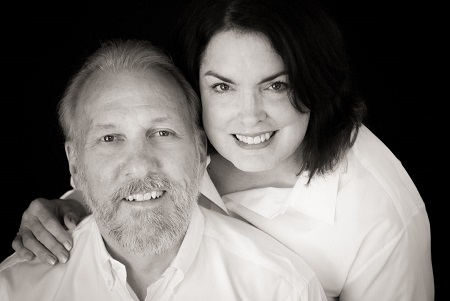 Not much is known about Erin. Pop chooses to keep his private life low key. In one of the few times that he talked about his wife, Pop spoke about Erin’s criticism of his interview answers. Erin wanted Gregg to be kinder during interviews and to be less argumentative on the sidelines with referees.

East Chicago, Indiana native, Gregg Popovich, was born to a Serbian father and a Croatian mother. He holds an American nationality and belongs to mixed ethnicity.

Began playing basketball since a tender age, Popovich was played on the 1960 Gary Biddy Basketball All-Star Team, which was third in the World Tournament. He enrolled at Merrillville High School, graduating in 1970 from the United States Air Force Academy.

Moreover, he played basketball for four seasons at the Academy. Further, he holds a bachelor's degree in Soviet Studies and joined Air Force intelligence training. Later, he studied physical education and sports sciences at the University of Denver and earned a master's degree.

Gregg Popovich began his coaching career as an assistant at Air Force Academy. Later six years, he was named the head basketball coach of Pomona-Pitzer's men's team. After the 1987–88 season, he joined Brown as the lead assistant coach for the Spurs. In 1992, he moved to the Golden State Warriors for a brief stint in 1992, serving as an assistant.

In 1994, Popovich returned to San Antonio again as the general manager but also taking a new role as Vice President of Basketball Operations. Since 1996, he stands as the head coach of San Antonio Spurs.

In 2015, Popovich became head coach of the U.S. men's national team, taking over from Mike Krzyzewski.