Boxing Paycheck and Net worth 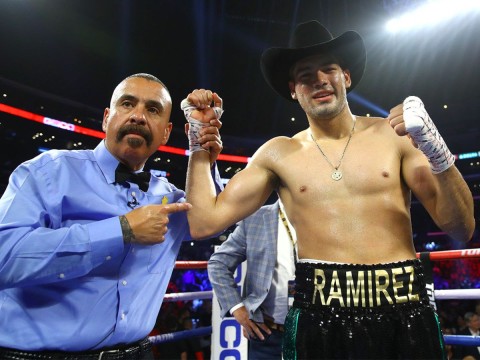 In his recent years, Ramirez must be earning in hefty amounts. In 2019, Gilberto earned $250,000 for his fight against Tommy Karpency, who earned $100,000 in the fight.  In early 2020, The Mexican fighter was set to face former WBO 175-lb champion, Eleider Alvarez. The match was set for a $350,000 bid but Gilberto did not show any interest and left the bout.

Until early 2020, Gilberto was promoted by Top Rank for his matches. He earned a good sum through his promotional deal with Top Rank. Gilberto announced his separation from the team through a post on his Instagram account.

Gilberto is living a happy married life along with his wife and his son. Ramirez is an active social media user. He keeps posting photos of him along with his family and his training. Ramirez is the father of a son. He has become very much successful in keeping his personal life away from the reach of the media. 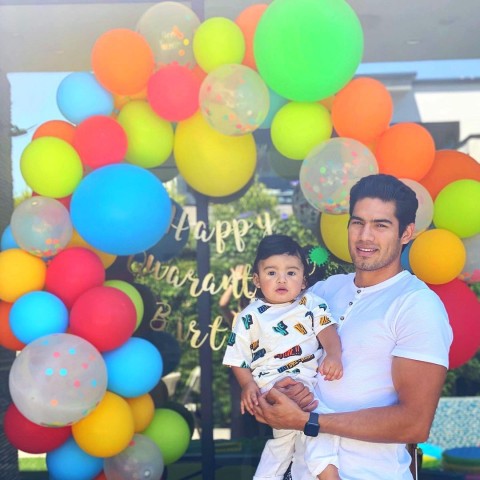 Ramirez shares a photo along with his son SOURCE: Instagram @ zurdoramirez

Gilberto is a married man but he has not shared anything about his wife. He has posted a few posts with his wife. He keeps posting his son's photos regularly. Michael Hunter is another famous American professional boxer raising a son on his own.

Ramirez started his professional boxing career in 2009. He made his debut against Jeseth Magallanes in August 2009 and eventually won the match with a KO. In 2010, Gilberto won his first title of WBC Youth Middleweight title against Rogelio Medina. He went on to defend his title in the next six matches. After fighting for more than five years, Ramirez won his second title of WBO super middleweight title.

Since 2018, Gilberto has played just five official matches. In his first forty games. The boxer has won all his matches and won twenty-six matches through KnockOut. In 2019, Ramirez won his match against Tomy Kerpency. He managed to force Karpency to retire in his corner at the end of the fourth round. Gilberto faced Alfonso Lopez on December 20, 2020, and defeated via knockout.