Michael Hunter is a well-known American professional boxer. Hunter is ranked as the world's seventh-best active heavyweight by BoxRec. He comes from a boxing family and has been climbing the ladder of success since his debut in 2006. Michael got a chance to play in the 2012 Olympics.

Michael Hunter was born Michael Hunter Jr. on July 10, 1988, in Van Nuys, California. He seems to be the only child born to Mike Hunter and his wife. His father was an American boxer who won the NABF Heavyweight title, and his mother took care of their house. Mike passed away in 2006. There is not much information about his education and academic qualification.

How Rich Is Michael Hunter?

Michael Hunter has earned much of his net worth through his career with professional boxing. Michael has an estimated net worth of $500,000. He has been fighting at the professional level since 2013. Michael can be seen living a happy and lavish lifestyle through his earnings. Hunter is very much early in his career. He shall be earning much more in the days to come. 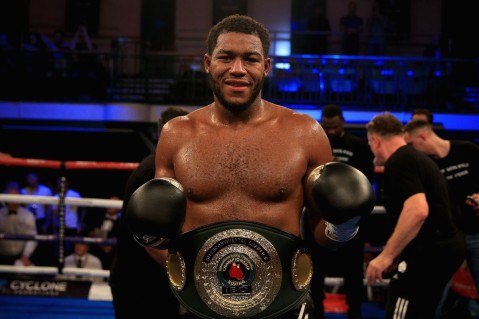 Thirty-Two years old, American boxer earns a good sum through his endorsement deal with indigo insight and bedef sports. The exact figure about their deal is still investigated. The average salary of a pro boxer's in the states is more than $40,000 per match.

Michael's father did earn a good sum through his career with boxing. He got the chance to face world champions like Brian Nielsen, Francois Botha. Michael must have inherited most of his net worth after his death in 2006.

It is a matter of the fact that Michael is the father of a son. His son is merely three years old. The exact birth date and information about his biological mother is a mystery to the public. Michael is an active social media user. He keeps posting photos of his training and his travels. Following his posts, Hunter posted a photo of his son in June 2020 with the caption" Happy Fathers Day". 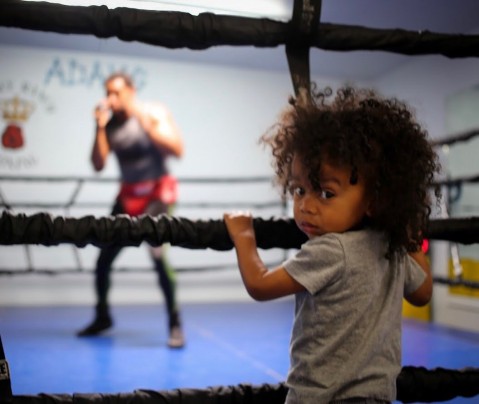 Michael shares a photo of his son SOURCE: Instagram @michaelbountyhunter

The boxer has become successful in keeping his personal life away from the media. He does not like to share his life in public.  He is a single father raising his son. Hunter is living a happy life with his son and seems to be single.

Michael started his career in 2006, winning a silver medal in Golden Gloves and bronze in World Junior Championships. In 2011, He started to play in the Heavyweight division. He won the Golden Gloves title. The next year, Hunter qualified for the Olympics but lost the first round and got eliminated. In 2013, He made his professional debut defeating Chad Davis by third-round TKO.

In 2016, Hunter won his first title of WBO- NABO junior heavyweight title. He lost his title in 2017 against Oleksandr Usyk. In 2018, The boxer won the vacant IBO Inter-continental heavyweight title against Martin Bakole. In his twenty matches, He has won eighteen matches listing just one match and a draw. Michael is going to face Chauncy Welliver in December 2020.