Gerwyn Price is a professional dart player from Wales and currently competes in various dart tournaments including Professional Darts Corporation(PDC). In fact, he is the winner of the PDC Darts CHampionship of 2021. He is also ranked as the number 1 Dart player in the world after overtaking fellow professional Dutch player, Michael Van Gerwen.

It is the first time, Price has won PDC World Championships in his career. Before that, he reached Semifinals in 2020 before losing to Peter Wright by 3-6. He is also a 3 times winner of Grand Slam Dart tournaments having it won in 2018, 2019 and 2021. Also, he has won Wrld Series one time in 2020.

Before playing dart, the 2021 PDC World Championship winner was a professional rugby player who used to play in the Rugby Union and Rugby Leagues.

Who is Gerwyn? His bio and Family

Gerwyn Price was born on 7 March 1985, in Markham, Wales, under the birth sign Pisces. His father and mother's name is still not revealed yet. The player is quite close about his family background and rarely mentions them in the public. 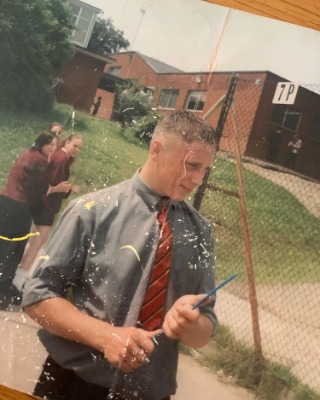 We extracted his Instagram profile if we could find his family background information, but Price seems pretty close person. Also, he has not talked about his siblings or any relatives.

As a kid, he loved playing rugby and even developed himself to play professional rugby leagues.

Prior to starting his career professionally as a dart player, he used to be a professional rugby player. He even participated in major rugby tournaments.

He also won the WRU Challenge Cup of the 2011-12 season. At that time, he was playing for the Cross Keys. Besides Keys, he also played for South Wales in the rugby league. He stopped playing professional rugby in 2014. 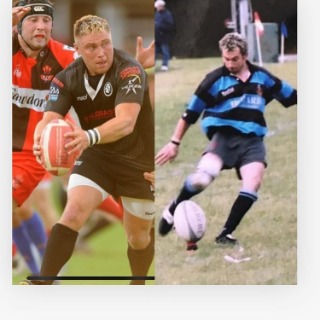 The darter has shared multiple photos of him playing rugby back in the days on his Instagram.

He has short and black hair. The muscular body he possesses clearly reflects his previous career of playing rugby.

What is Price's Net worth? His salary and contract

Gerwyn Price has an estimated net worth of $1 million. It includes all his properties, assets, houses, and cars. He earns a good amount of money by playing dart. 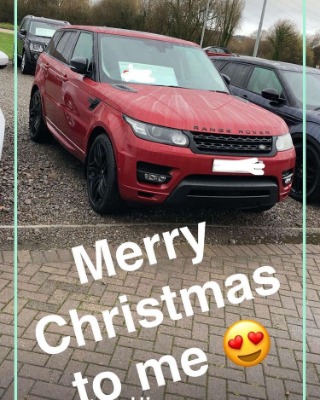 Read also:-What is Sharif's Net worth? His salary and contract

Sources claim that he has earned more than 1.5 million pounds by playing dart professionally. He even said that he was focused initially on just making money by playing. But now, his ambitions are grown and wants to make history. He said,

“I just wanted to win enough money so I could stay on the tour and earn a living for my family.”

The prize money of winning dart competitions is pretty much large. In 2018, he received a massive amount of 110,000 pounds after winning the Grand Slam of Darts. He again bagged the whopping amount of 125,000 pounds after defending the title in the following season.

According to the express, the payout of the World Championship is even more eye-watering than the Grand Slam of Darts. In 2020-21, he won the whopping amount of 500,000 pounds after winning the competitions. Just a year back, he reached the semi-finals and earned 100,000 pounds.

Side by side of winning the prizes money, the 2018 Grand Slam of Darts winner has developed himself as one of the best Dart players in the world, he is sponsored by different brands.

One of his sponsors is Unique Sports Chairs which is a Sports Chair company. HOnce he posted its promotion on his Instagram but both parties have never revealed the monetary transaction involved. 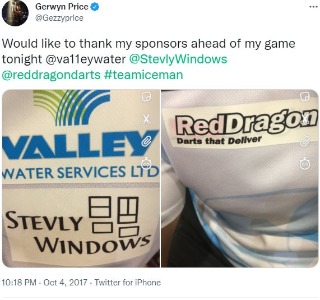 Besides sponsors and earnings as a Dart player, he also owns his own website where he sells dart products. He has titled most of his products as the Iceman tag that reflects his nickname. There he sells accessories like caps, bags, hoodies, shirts and many more.

One of the major attractions in his online store is the shirts that he has signed himself. It costs around 60 pounds. You can check it out here.

As per his earnings, the 2018 Grand Slam of Darts winner is also fond of luxuries like cars and houses. He currently resides in his house in South Wales.

He also owns a red Range Rover car. In December of 2018, he posted his Rover car wishing himself Merry Christmas. He added,

"In under 9 months I've recovered 78 of them. If it goes into look down mode it will go straight into park and the handbrake will come on and it will do this while you are driving it can only be fixed by the main dealer and the only way to get them on the recovery truck is to drag them up"

Who is Price married to? (Wife and Children)

Gerwyn Price is currently married to his wife Bethan Price. The couple tied their knot on November 9 of 2018 but they have been together for more than 15 years as of 2022. 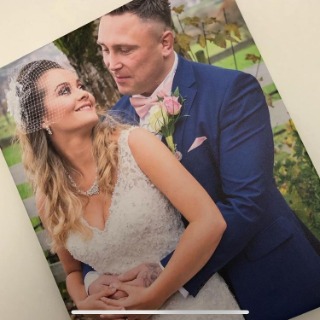 On November 9 of 2019, he wished his wife a 1 year anniversary with a long post thanking her fr being with him through thick and thins. He captioned,

"Happy 1st Anniversary to the most amazing wife you could ever wish for Bethan Price yet again I’m away but will definitely make it up to you, there’s not many women that would be as understanding easy going and supportive and pain in the ass as you are, but without you and the girls i don’t think I could do what I do, you all mean the world to me and I just wish I could be there with you today"

Who is Price's wife Bethan?

Bethan Price is mostly known for becoming the wife of World Dart Champion Gerwyn Price. According to Mr. Price, she has been her greatest supporter of his career. 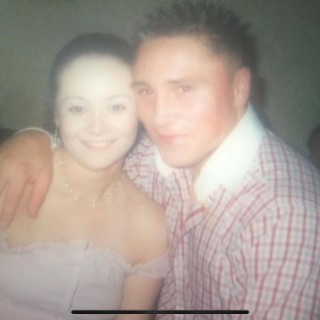 She was born in 1984 that makes her 1 year older than her husband Gerwyn. She is also active on Instagram with the username @bethanprice180 and has more than 180 followers.

She likes to introduce herself on Instagram as the Proud Mam of 2 beautiful girls and is married to Gerwyn.

Gerwyn and Bethan are the proud parents of 2 children, both of them daughters.

Their older daughter's name is Emily Price who was born in 2004. She is 14 years old as of 2022. While his younger child's name is Bethany Price who is about 9 years old. 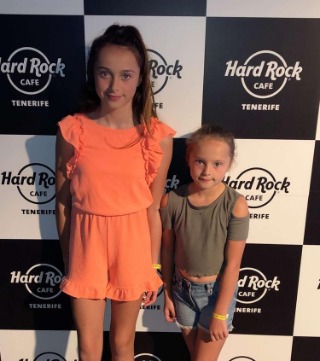 The 2018 Grand Slam of Darts winner frequently shares photos of his daughters and his wife on his Instagram account. The Price family comfortably lives in South Wales.

Besides becoming a World Champion, Gerwyn Price has been involved in various controversies.

One of his major highlighted controversies was in 2019 when he was involved in an altercation against Simon Whitlock and Gary Anderson in the final. For that, he was fined a total of 21,000 pounds plus a 3-month suspension in the Grand Slam. 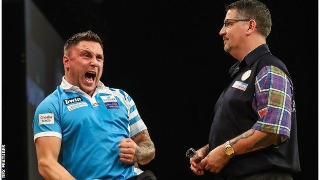 In 2018 also, he stated that people on Twitter were abusing his then 12-year-old daughter Emily. The reason was his controversial victory in the 2018 Grand Slam. He even asked his followers to report the abuser and throw him out of Twitter.

His other spotlight was in 2010 when he used to play rugby. At that, he was involved in a brawl against Owen Body. He was badly damaged and required several stitches in his forearm and chin and also suffered from a Brain Hemorrhage.

As a result, Owen was ailed for a year while Derwyn also received a jail sentence.

He is an active Instagram user with the username @gerwynpriceiceman180and has more than 147,000 followers.

On his Instagram, he frequently shares about his games, private life, and time with friends.

He also has a personal website, where he gives updates about his information to his fans all over the world.

For business queries, one can contact him at [email protected]