Georges St-Pierre: ‘If I want the legacy fight, Khabib is the man to beat’ 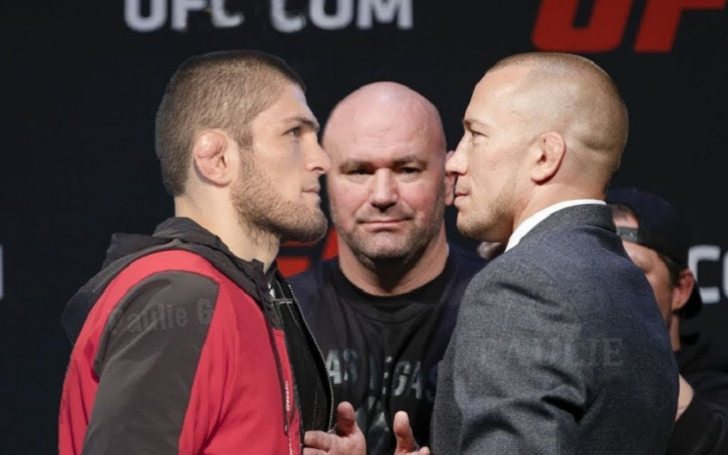 Former UFC welterweight and middleweight champion Georges St-Pierre is often regarded as one of the greatest MMA fighters of all time. But to keep his legacy alive, he would happily come back from retirement.

The Canadian UFC star hinted his possible comeback and joked that he would pick any fight for the money but would love to fight Khabib Nurmagomedov for the legacy.

“If I have to pick whoever I want, I’ll pick the easiest fight possible and I’ll run away with the $50 million. If I want the legacy fight, Khabib is the man to beat right now. He’s the best fighter in the world right now to me. Undefeated and he hasn’t shown any kind of weakness. Nobody has ever come close to solving the puzzle, so that’s why it was very interesting for me.”

Nurmagomedov seemed quite interested in a bout with GSP until his retirement from the sports in February. The possible fight between the two was widely expected.

St-Pierre also talked about the good side of both of them.

Georges added. But when asked about why UFC has not pushed for the fight, GSP said, “Maybe they don’t want me to beat him because if I leave after that, I ruin their whole investment,”  with a laugh.