Gabriel Rosado is an American professional boxer who competes in the middleweight division. Turned professional in 2006, he has a total of 43 fights, winning 26 of them (15 KO), 15 losses, 1 draw, and 1 No contest.

Philadelphia, Pennsylvania native, Gabriel Rosado was born on 14th January 1986, under the star sign Aquarius. He is the son of Bonnie Ortiz and Encarnacion Rosado, both preachers. When Rosado turned 13, his parents separated.

How Much Is Gabriel Rosado Net Worth In 2022?

Gabriel Rosado who is competing since 2006 has made a tremendous sum from boxing. His purse per fight is believed to be no less than the five-digit figure.

Unlike other athletes, Gabriel Rosado also makes money from sponsorships and endorsements. He is sponsored by KGR Sports and BADLANDS. As of 2022, his net worth is estimated at $0.5.

It's unknown if Gabriel Rosado is married or not but the boxer is parenting two daughters. He often shares pictures with his baby girls on socials. In August 2009, he welcomed his first daughter named Isabella Lee Rosado. In May 2016, his 2nd baby birl Amor Rosado was born. 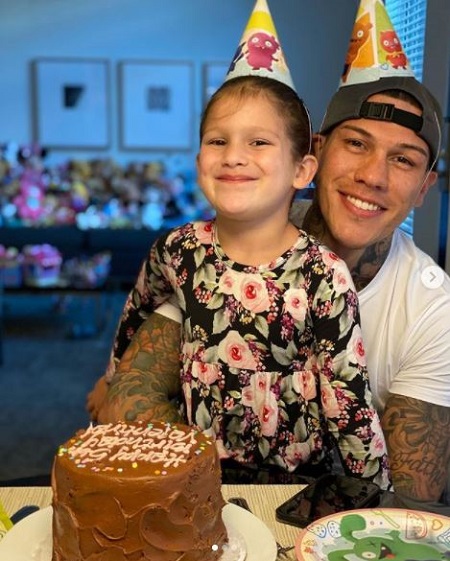 However, there is no information on who is the mother of his daughters.

On 13th January 2006, Gabriel Rosado made his professional debut at National Guard Armory, Philadelphia, Pennsylvania, the U.S. against Phil Hicklin. He won the fight via TKO.
After amassing a record of 13-4 professional fights, he challenged for USBA light middleweight title on 30th July 2010 against Derek Ennis. However, he lost the fight in round 12.

On 9th April 2022, Rosado was defeated by Shane Mosley Jr.