News [Shocking] Francis Ngannou stunned the world by his unanticipated game plan. So, what was his GAME PLAN?

[Shocking] Francis Ngannou stunned the world by his unanticipated game plan. So, what was his GAME PLAN?

Francis Ngannou has successfully retained his UFC Heavyweight Championship title after a stunning victory against Ciryl Gane. Francis won the match by a unanimous division.

The two fierce rivals went full five rounds before the referee had to decide the winner by a unanimous decision.

What was the game plan of Francis N?

Francis Ngannou is famous for becoming one of the hard-hitting MMA fighters. He showed his ability in the game against Surinamese Mixed martial artist Jairzinho Rozenstruik when he knocked Jairzinho with his heavy punches in just 20 seconds. 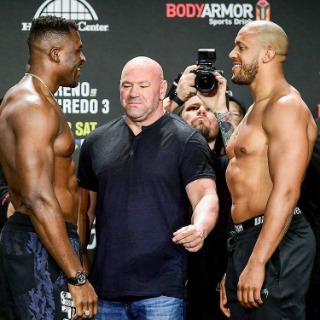 However, gainst Ciryl Gane, he had a different game plan rather than just going for his usual gameplay.

Although he was not able to land a punch anywhere, he survived some major takedown attempts from his opponent. Gane was in control for most of the time in the first and second round until Francis found a way to high kick in the body of Ciryl in the third round.

In the last three rounds of the game, Francis was able to do some takedowns that gave him important points. In the final round, Ngannou was also able to trickily survive the leg lock by Ciryl Gane.

In this way, he applied his wrestling skills and jiu-jitsu to take a victory and displayed his ground game. There was recent news that the athlete is currently learning jiu-jitsu.

With the win, he proved wrong about the people's prediction of his obvious style and displayed his wrestling skill. Now the world has more to FEAR from the Cameronian MMA fighter.

The first defense of the title 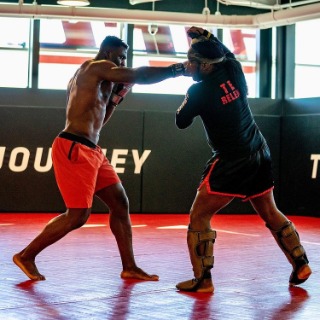 Till now, he has won 17 games in a total of 20 games with 3 losses and 0 draws. While Ciryl has his first loss in his career.