Felix Alvarado is a well-established Nicaraguan professional boxer. He turned professional in 2010 and has been dominating the ring ever since. In between these years, Felix has earned several titles and records to his name. He is currently the IBF light flyweight titleholder since 2018.

Felix Alvarado was born on February 15, 1989, in Managua, Nicaragua. He is among the two children born to his parents. Felix is yet to share information about his parents with the media. He has a twin-brother named Rene Alvarado. Rene is also a well-known professional boxer. There is not much information about his formal education qualification. Talking about his physical appearance, Felix stands five feet and four inches tall and weighs 49 kgs.

Felix Alvarado Net Worth In 2021

Felix Alvarado has an estimated net worth of more than $1.5 Million. He credits most of his net worth to his successful career in professional boxing. Felix earns a good sum through his endorsement deals and sponsorship deals. However, The exact figure is under the radar. A professional boxer earns more than $50,000 as a salary. 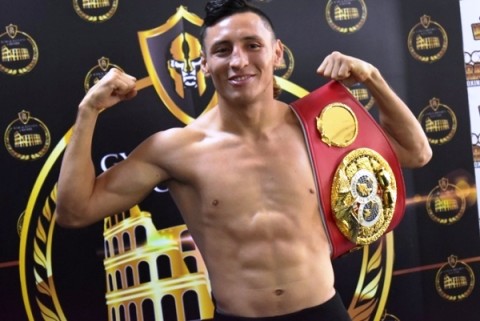 In early 2021, Felix had an IBF light flyweight title matchup against Deejay Kriel. Felix was guaranteed to take home $275,000 for the match and must have earned bonuses as he won the match. In 2018, Felix earned more than $25,000 for his match against Hekkie Budler.

Unlike other professional boxers, Felix is not active on any social media platform. This has made it difficult to know about his personal life. Felix seems to be living a happy life on his own. However, He could be secretly married and living a life with his family.

Felix started boxing at a very early age. He, along with his twin-brother, practiced boxing in their early days. There is no information about his amateur career with the media. His brother turned professional in 2008 and had a good start to his career. However, Felix started professional boxing in 2010. In his first year, He won all the matches he played.

In 2011, Felix won his first title matchup against Eliecer Quezada of the Nicaraguan light flyweight title. He went on to defend his title for the next few matches. In 2013, Felix lost the first match of his professional career up against Kazuto Ioka, which was a title match for WBA light flyweight title. After the loss, He took prepared well for the next match. Alvarado lost two-back to back matches in his career.

In 2017, The Boxer won his second title of WBC Latino light flyweight title against Roberto Rodriguez. He retained the title three more times. In 2018, Felix won the vacant IBF light flyweight title and had been retained to date. His last loss was in 2014, and he has not lost a single match since then. In his thirty-six wins, he has won 31 games via Knock out.