Four weight world champion, Kazuto Ioka is a well-known Japanese Professional boxer. He is currently the WBO super-flyweight titleholder since 2019. Ioka is ranked among the top five best active super flyweight boxers. He comes from a boxing family and has numerous records under his name.

Kazuto Ioka was born on March 24, 1989, in Sakai, Japan. He seems to be the only child born to Kazunori Ioka and his wife. Ioka has not uttered a single word about his family and his early life with the public. His father was a boxing trainer and remains the most inspirational person in his life. After graduating from High School, KAzuto joined Tokyo Agricultural University.

Kazuto Ioka Earnings and Net Worth

Kazuto Ioka has been boxing for more than twelve years at the professional level. He has represented for his country in numerous international level tournaments and has won several of them. Ioka must be earning a good sum through his country and has an estimated net worth of more than $5 Million. 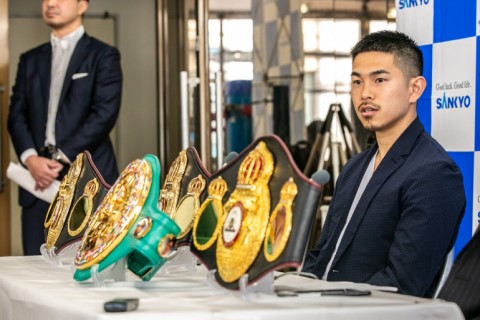 : Ioka at a press conference along with his titles SOURCE: RIng TV

Ioka likes to keep his personal life away from the public, He is yet to share about his earnings and contract with his fans. Kazuko is only a few among those people who have hold titles for four division. The boxer must be earning a handsome amount from his endorsement and contract deals with agencies.

The Japanese boxer is very much early in his career and shall be earning much more in the days to come. Ioka seems to be living a happy and peaceful life through his successful career.

Kazuto Ioka is not a social media user. He is not available in any social media platform. Ioka seems to be living a happy single life on his own. However, Ioka could be secrelty be dating someone and waiting for the right time to open about his relationship. He has had some famous heart-break in boxing federation. 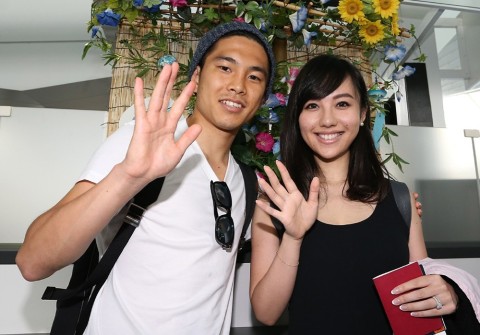 Ioka was previously married to his first wife, Nana Tanimura. The love birds tied their wedding knot in May 2017 in a destination wedding in Hawaii. The had a private wedding ceremony where only few members from both the families attended the ceremony. As per sources, His father was not in favour of Kazuto's decision. Intitially, The duo seemed to be happy and cheerful.

However, This happy looking relationship never remained the same after the marriage. They were together since meeting for the first time in 2015. By the mid of 2018, Ioka and Nana had separated off and filed for divorce in November 2018. The reason for their divorce is mystery to the public. The divorce was finalized shortly. In 2019, Ioka appeared with his son, Manata after his match against Cintron. He has not shared about the biological mother of him.

Ioka started his boxing career from his school level. He has a amateur record of 95-10. He has won six national high School tournaments. Ioka turned professional in 2009 and won his debut match up afinst Thongthailek Sor Tanapinyo. He won his first title of WBC minimumweight title in 2011. In 2012, Ioka moved up to light flyweight division and won his next title.

Ioka moved up to flyweight division in 2014 and soon fought to become a triple champion. He retained his title in the next five matches. In 2017, He played just a single game and announced that, he was taking a break from the game. In 2018, Kazuto returned back in the ring and won WBC Silver super-flyweight title and WBO super-flyewight title.

The Japanese boxer has been involved in twentyseven games and has won twenty-five. He is set to face Kosei Tanaka on December 31, 2020. This is a title match for WBO super-flyweight title. This fight will take place at Ota city, general Gymnasium, Tokyo.