Ghayas Zahid is a professional football player from Oslo, Norway, who plays for Ankaragucu and the Norway national team. His primary position is an attacking midfielder, and he wears jersey number 19. Apart from playing in his prominent position, Zahid also plays as a left & central midfielder. Besides, Zahid has been playing for Ankaragucu since joining the club on September 8, 2021.

Furthermore, Zahid is also a national player who represents the national football team of Norway at various national and international levels. His first game for the group Norway came on June 6, 2018. Not to mention, Zahid was also called up to join the camp of the Pakistani football team as his parents are originally from Pakistan.

His Salary & Net Worth

Since September 8, 2021, Zahid has been playing with Ankaragucu, and from his squad, he might be receiving a fair salary. According to Salary Sport, Zahid is the highest earning player on the team as his weekly wage is £9,200 and his yearly salary is £478,400.

Likewise, Transfermrkt reports Zahid's market value to be €1.20m. His height market value was €2.00m on April 26, 2018. Besides that, Zahid has played for various teams in the past with whom he signed a fair deal. When he left Valerenga and joined APOEL Nicosia, Zahid had a transfer fee of €500Th, and during that time, his market value was €1.10m. 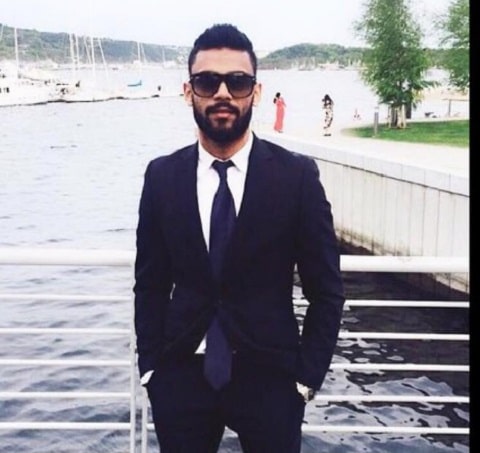 So, from this, it becomes clear that Zahid is doing pretty well in his career and is making a good profit. Apart from that, Zahid may take some profit from working with brands. Currently, he wears outfits of Nike. Considering this fact, we can say that Zahid's net worth is not less than a million dollars. So, the professional footballer lives a quality life with his great earnings.

Love Life: Does Ghayas Zahid Have a Girlfriend?

Talking about his love life, Zahid is currently in a relationship with his girlfriend. Zahid is a very private person, like many other footballers, who prefer to keep their love life far from the spotlight. Due to this reason, Zahid has also talked less about his affair. But his relationship status was confirmed when he made a post on his Instagram with his girlfriend on July 21, 2017.

Meanwhile, Zahid has not given the name of his lover. So, we are unable to share much about her personal and professional life. But it can be said that the couple is doing good in their life, and they are also having good times together privately. Ghayas Zahid is in a relationship with his girlfriend SOURCE: Instagram @ghayas10

Furthermore, his IG bio hints that he is engaged to his partner as Zahid have mentioned a wedding ring emoji after the letter, 'M.' From this, it can be said that his girlfriend's name also starts from M. We can get more updates about his love life by following him on Instagram.

The professional midfielder started his football career with the team of Klemetsrud IF. After that, he joined Valerenga. His senior career also started with the same team with whom he made his debut on August 10, 2012, by playing against Odd. The respective game was won by Valerenga. For your information, he played in 111 games and scored 29 goals for Valerenga.

After that, Zahid was loaned to Ullensaker/Kisa for the second half of the 2013 season, with whom he just made ten appearances. And Zahid covered the sports news on August 31, 2017, when the APOEL team announced they had signed a four-year contract with Zahid. So, from 2017 to 2021, Zahid played in 94 games and scored 16 goals. 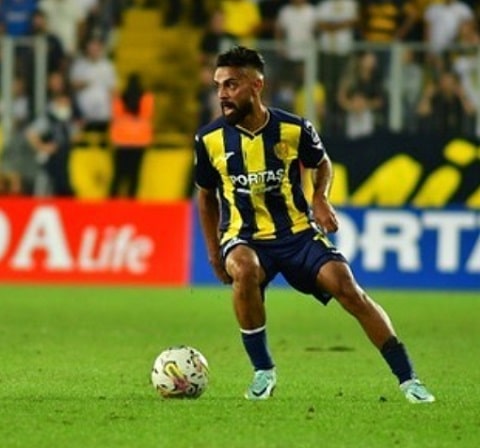 Ghayas Zahid in one of his games SOURCE: Instagram @ghayas10

Similarly, Zahid began getting offers from other teams, too, and he joined Panathinaikos on July 23, 2019, as a loan. Representing Panathinaikos, Zahid made 25 appearances and scored four goals. And later, Zahid also left the team and joined TFF First League club Ankaragucu on September 8, 2021. On September 12 of the same year, Zahid made his debut for the team after winning a game against Genclerbirligi.

Talking about his international career, Zahid made his international debut on June 6, 2018, during a friendly match against Panama. Before making his debut for the senior team, Zahid played for the Norway U19 team in 4 games. Likewise, he appeared in 29 games and scored three goals representing the Norway U21 team. Apart from that, Zahid has also been called to play for the Pakistani national football team as his parents are natives of Pakistan.

Ghayas Zahid was born on September 8, 1994, in Oslo, Norway making his age 27 years as of early 2022. His Pakistani parents, Nazia Zahid (mother) and Mohammad Zahid (father) raised him alongside his brother named, Adil Zahid. 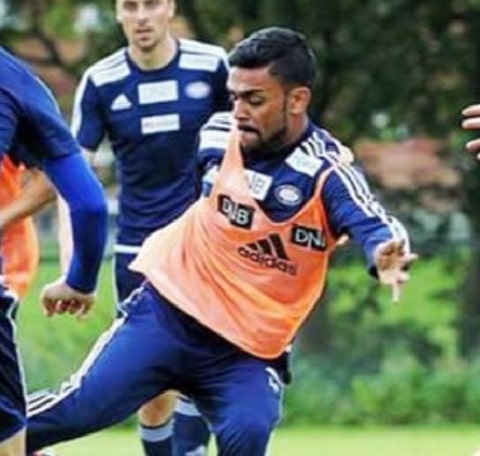 Not to mention, his brother is also a football player whose position is an attacking midfielder. Furthermore, Zahid holds Norwegian nationality and his height measurement is 5 feet 8 inches. As we know, his father and mother are from Pakistan, and Zahid also has Pakistani heritage.

Ghayaz Zahid is an active Instagram user who has been using this platform since making his first post on April 15, 2015. Zahid is registered on Instagram under the username @ghayas10. At the time of this writing, he has been followed by more than 10.2k people. 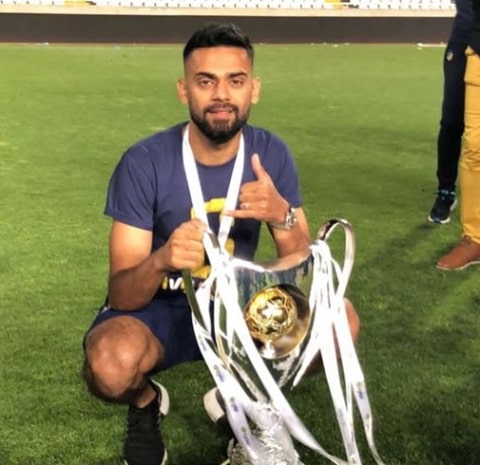 From his Instagram handle, Zahid gives his fans updates regarding his personal and professional life too. So, to get updated on his lifestyle, we can follow him there.