Working as a Coach, Spoelstra reportedly earns around $3 million as his yearly salary from Miami Heats. Further, Erik Jon Spoelstra has an estimated net worth of over $8 million. Erik married to Nikki Sapp in 2016.

Erik Spoelstra Salary and Net Worth

As of 2020, Erik has an estimated net worth of over $8 million. He reportedly signed a contract with Miami Heats with a basic annual average salary of $3 million. Erik Jon Spoelstra so far has made earnings of $15 million from his entire NBA career.

Recently, he signed a 4-year contract extension with the team in 2019. Spoelstra has not revealed further details about the deal but earns an annual salary reported to be in millions.

Erik married Nikki Sapp, a former member of the Miami Heat dance squad. During her time as a cheerleader for the team, the couple met between 2005 and 2008 but only began to date after leaving. In September 2015, they announced their commitment before they exchanged their vows in July 2016.

The couple greeted their first child, Santiago Ray Spoelstra, in March 2018. Born in Florida on 22 March 1987, she attended the Miami International University of Art & Design and graduated with a degree in fashion design. Erik and Nikki are the parents of two children. The couple recently welcomed their second child Dante Nicholas Spoelstra on December 6. Their first child Santiago Ray was born in March 2018. 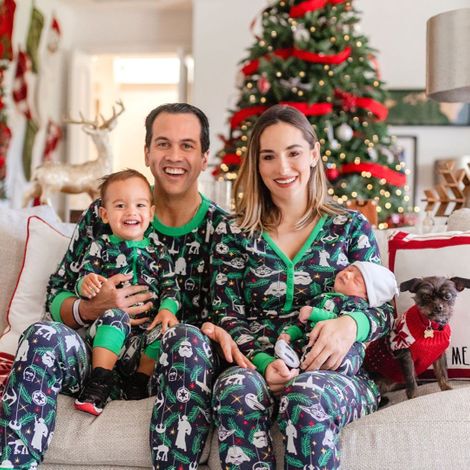 Erik and Nikki with their two children SOURCE: [email protected]

The Famous NBA star coach is 6 feet 2 inches tall in height. Spoelstra is not only a world-class athlete but also a very attractive individual.

Other than being a famous NBA Coach, Erik Jon Spoelstra is pretty famous in social media with a huge number of followers. Moreover, he gets thousands of likes in all of his posts and has 33.4 k followers on Twitter.

After Pat Riley 's decision to step down, he became head coach of the Miami Heat in 2008 April. Erik was the hand-picked successor of Riley. When Riley named Erik as head coach, he said: " This game is about younger coaches who are technologically skilled, innovative and who bring new ideas. He is the first Asian-American to be the NBA head coach. After the free-agent acquisitions of LeBron James and Chris Bosh, the team's expectations were raised significantly.

During the 2012–13 season, Erik was selected as head coach of the 2013 Eastern Conference All-Stars at the 2013 NBA All-Star Game, with the Eastern Conference at the time of selection holding the best record. He later coached the Heat for a winning 27-game series (second-longest in NBA history).

Heat has extended the contract of Spoelstra to an undisclosed multi-year agreement in 2013. Details have not been released, but he is expected to receive a salary increase and a greater role in the front office.

Erik became the 3rd coach to lead his team in four straight finals after leading Miami to 2014 NBA Finals.