William Francis "Bo" Ryan Jr better known as Bo Ryan is one of the most noticeable men in the sports world. Bo Ryan is an American former professional basketball player and coach. He was the head coach of the University of Wisconsin-Madison Badgers men’s basketball team and announced his retirement as a head coach at the end of Dec 2015 where he served for 14 years.

Ryan is one of the unforgettable men in basketball history as well as set various records in the basketball game. He used to earn an annual average salary of salary is $2.1 million as a coach. As of 2021, he has an estimated net worth of $ 8 million. Ryan was paid $2.4 million in 2014 and was the highest-paid employee among the University of Wisconsin System staff.

Ryan and his wife are involved in philanthropic works. In 2018, the couple donated $500,000 to cancer research.

Bo Ryan is indeed a married man. He tied his knot with his spouse, Kelly in the year 1974, in a ceremony held in his hometown, Chester, Pennsylvania. It's been 46 years of their marriage and the couple is still living happily together. There are no rumors of divorce or disputes between the lovely couple. 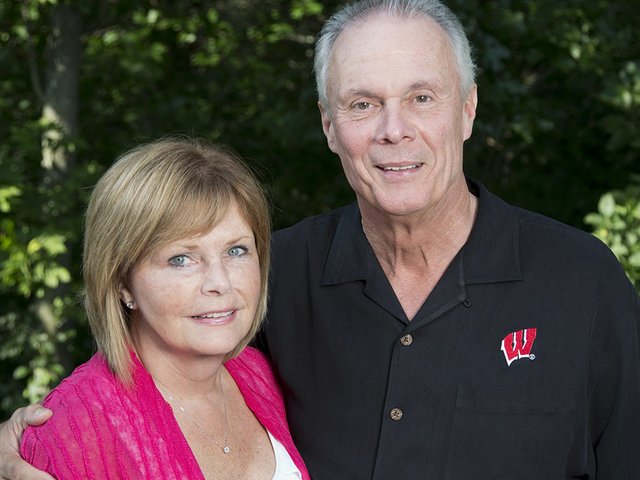 The lovely couple has five children: Megan, Will, Matt, Brenna, and Mairin. He is also blessed by six grandchildren: Aoife, Imogen, Maeve, Owen, Liam, and Callen.

Ryan was also rumored to have linked up with Robin Van Ert while he was the coach at the University of Wisconsin-Madison Badgers men’s basketball team.

Bo Ryan was born as William Francis "Bo" Ryan Jr, on 20 December 1947, to American parents, Louis J. Whitledge Ryan and Butch Ryan in Chester, Pennsylvania, the United States. He is an American by nationality and his ethnicity is white. His birth sign is Sagittarius. Elizabeth Egner Ryan and Thomas Ryan are his grandparents.

Talking about his education, college, school & career start, from his childhood, basketball was his passion, he loved basketball and right from his very young age he started playing basketball. He was coached by his father, Butch Ryan, who was well known in the area for coaching underprivileged youths. He performed very well and became a popular basketball player throughout his high school career, after completing high school he moved to Wilkes University in Wilkes Barre, Pennsylvania.

In the year 1969, his playing career ends. In the year 1972, he started his coaching career, he coached Brookhaven Junior High School in Delaware County, Pennsylvania, and he taught history and worked as a basketball coach. After that, he worked for many college teams as a head coach. However, his dedication and contribution towards Wisconsin are outstanding. He was the head coach of the University of Wisconsin–Madison Badgers men's basketball team from 2001 to December 2015, until his retirement.

He is one of the finest coaches with only a few others ahead of him by win percentage including Mike Krzyzewski, Adolph Rupp, Jerry Tarkanian, Dean Smith, and Roy Williams. He is also the coach to have won Big Ten Coach of the Year at least three times alongside other coaches like Bob Knight, Gene Keady, Thad Matta, Tom Izz.