American basketball coach James Borrego is the current head coach of the Charlotte Hornets of the National Basketball Association (NBA). Initially, Borrego worked as an assistant coach for the University of San Diego. Previously, Borrego played three seasons with the San Diego Toreros and was even named to the West Coast Conference All-Academic Team during his senior season.

Borrego is married to Megan Borrego and has three children from their relationship. As of 2019, his net worth is estimated no less than the seven-digit figure.

James Borrego Net worth and Salary

As of 2020, Borrego's net worth is under review. According to the source, the head coach of Charlotte Horners enjoys an annual salary of $2 million. Analyzing the information from different sources, his net worth is assumed no less than the seven-digit figure.

Moreover, he must have earned a decent amount of money from his coaching career at the University of San Diego. On 10th May 2018, signed a four-year contract with Charlotte Hornets as their head coach but the exact amount of the deal is yet to be revealed.

Who is James Borrego Married to?

James Borrego is a married man. Borrego tied the knot with his girlfriend, Megan Borrego. However, the couple hasn't mentioned the exact date of their wedding. The husband and wife are blessed with three children from their relationship. They have two sons Nicholas Borrego and Zachary Borrego and a daughter Grace Borrego. 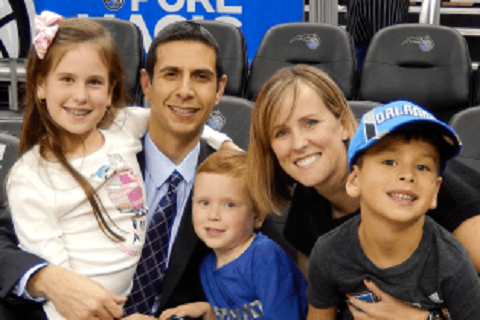 CAPTION: James Borrego with his wife and children SOURCE: Alchetron

Along with his profession, Borrego is successfully maintaining his family too. He is living a blissful life with his wife and kids. So far, there are no rumors of their divorce and extramarital affairs. Other than this, Borrego hasn't been in any other relationships in past.

James Borrego was born on 12th November 1977, in Albuquerque, New Mexico, United States. His star sign is Scorpio. As per nationality, he is an American and belongs to white ethnic background. His parents are father James Borrego and mother Lydia Borrego. He grew up along with his sister Jessica Borrego.

He attended Albuquerque Academy. Borrego graduated from the University of San Diego with a bachelor's degree in English and a master's degree in leadership studies in 2001.

Read: How Much is Bob Knight's Net worth? Know in Details about his Salary, Career, and Awards

Before starting his coaching career, James Borrego played three seasons for San Diego Toreros. Likewise, during his senior season, he was named to the West Coast Conference All-Academic Team. In 2001, Borrego began his coaching career with the University of San Diego. He worked as an assistant coach for two years until 2003. 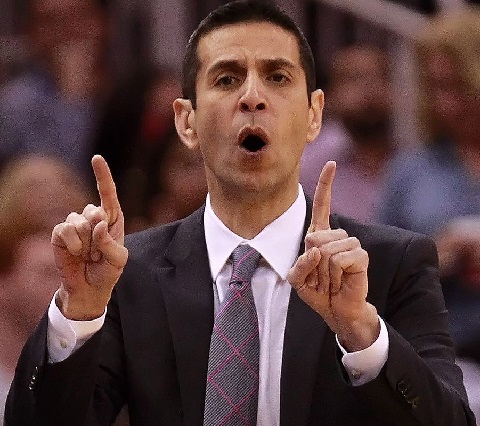 Furthermore, Borrego also worked as a lead assistant for the Orlando Magic under the coach Jacque Vaughn.

On 6th February 2015, he made his coaching debut in a match against Los Angeles Lakers after the head coach Vaughn was fired. On 10th May 2018, Borrego became the head coach of Charlotte Hornets.