2013, Pro-bowl player, Jordan Cameron is a former professional football player. Being drafted in the 2011 NFL draft, Jordan played for the teams like Cleveland Browns and Miami Dolphins. In particular, he was initially selected by the Cleveland Browns in the 2014 NFL draft as a 4th round, 102nd pick.

The University of South California alumni, Jordan, was born on August 7, 1988, to Stan Cameron and Cathy Cameron. Additionally, Jordan is an American native and belongs to the ethnic group of white. Also, Jordan was born under the star sign, Leo.

The 31 years old retired football player, Jordan Cameroon, is currently enjoying a romantic relationship with his girlfriend, Elin Nordegren. Reportedly, the couple met for the first time at Art Basel in Miami a few years ago. Besides, Elin is a former wife of the famous golfer, Tiger Woods. 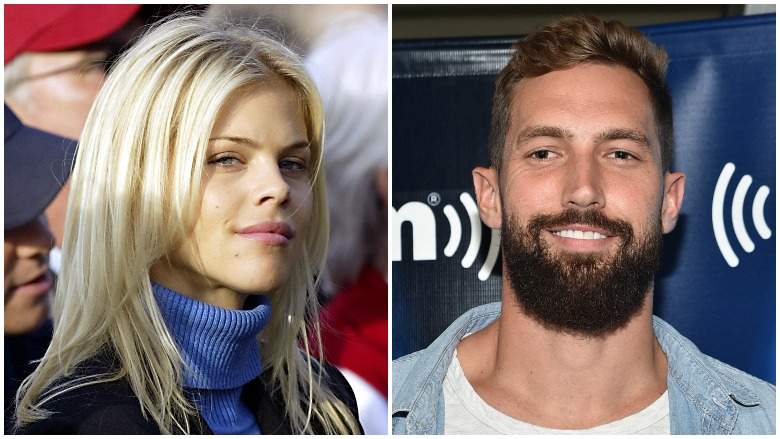 Later, on June 14, 2019, the news about their pregnancy was verified when Page Six reported that the duo was expecting a child. The outlet also confirmed that the pair were dating secretly since 2014. 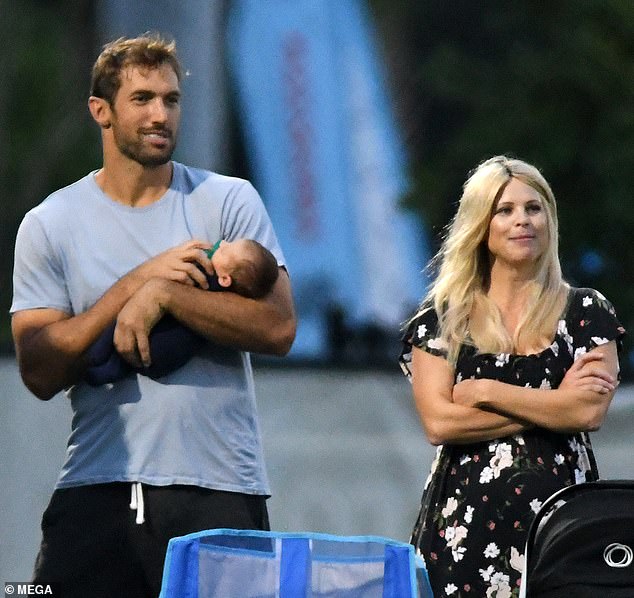 As of December 2019, the couple has already welcomed a child, and apart from the pictures, the details about the child are still undercover. Earlier, Elin and Jordan both said they'd love to have more kids, and Elin's kids with Tiger, Sam, and Charlie are excited to have a new little brother or sister.

Jordan was previously in a relationship. However, the detailed information about his former partner is not in the media yet. Besides, from his previous relationship, he shares a son named Tristan Cameron.

Who is Elin Nordegren?

Apart from being in a relationship with Jordan Cameron, Elin is also famous as an ex-wife of the legendary golfer, Tiger Wood. Additionally, she was married to Woods in 2014 and eventually divorced after six years of the marital relationship. 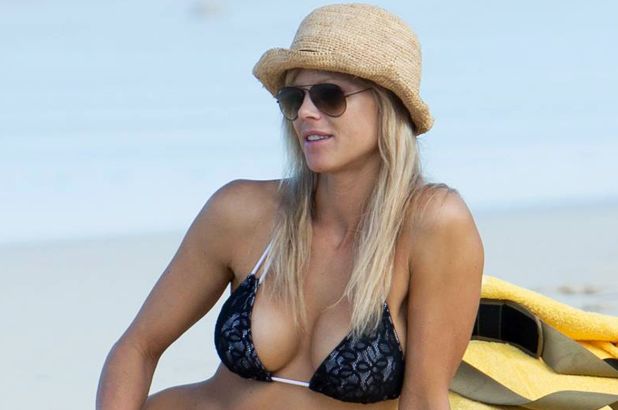 Talking about her profession, she previously worked as a model and as well as a nanny. Furthermore, Nordegren recently applied for and received a license from the Florida state as a counselor for mental health. Also, she recently started a company located in her house, EN Therapy, but there is no suggestion that she is seeing patients at home or anywhere else.

What is his Net Worth and Salary?

Playing six seasons in the NFL, Jordan has collected a hefty net worth over $10 million. Also, he has amassed $15,865,900 as career earnings. Besides, his first professional contract was with Cleveland Browns, signing a four year $2.487517 million deal on JUL 30 2011.

Apart from the financial aspects, Jordan has collected a massive fortune, including assets like cars and houses. In particular, he is currently residing in his $50 million Palm Beach home together with his girlfriend, Elin. Back in June 2016, Jordan also brought home in Westlake Village for $2.05 million. 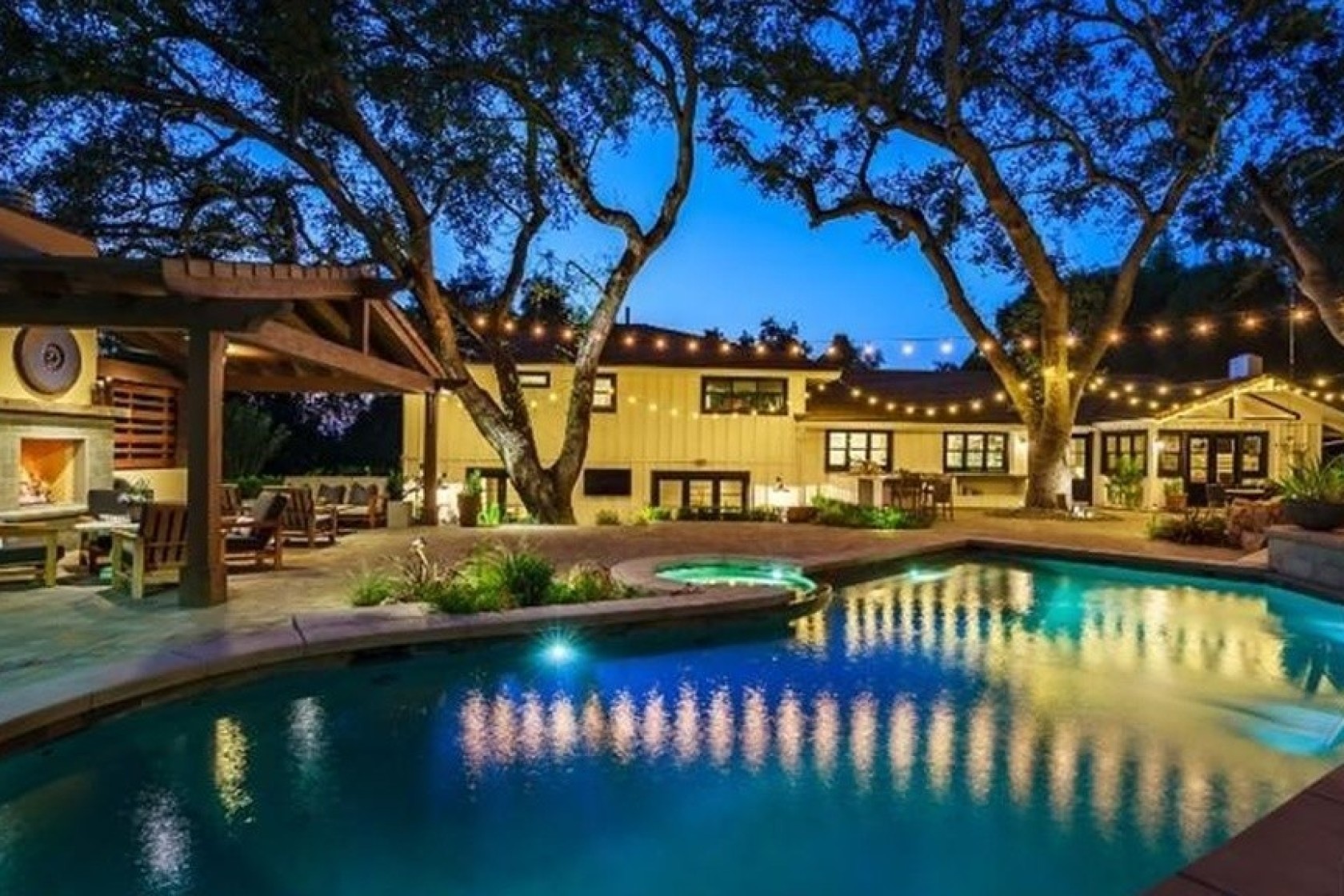 The traditional house was built in 1971, which has a covered pavilion with a stone fireplace, an outdoor kitchen, bar seating, and many more. Moreover, it also consists of a swimming pool with waterfall features, custom lighting, and a spa.

Furthermore, the house has a formal dining room, a living room with a brick fireplace, an eat-in kitchen, and a game room that is constructed in more than 3,500 square feet of space. Likewise, a total of five bedrooms and four bathrooms are equipped with a master suite with a glass-closed tub.

Surprisingly, almost all of Jordan's siblings are into sports. His sister Brynn played guard on the USC women's basketball team. Likewise, his younger brother Colby was an undrafted free agent quarterback for the Carolina Panthers. Similarly, he is also the cousin of Su'a Cravens, who plays as a safety for the Denver Broncos.

Having been drafted by Cleveland Browns in the 2014 NFL draft as a 4th round, 102nd pick, Jordan has played for the teams like Cleveland Browns and Miami Dolphins in his entire playing career.

Additionally, his first professional contract was with Cleveland Indians, signing on JUL 30 2011. On December 27, 2013, Jordan was voted for the Pro Bowl while he was still playing for the Indians

Later on March 12, 2015, Cameron signed a two years contract with Miami Dolphins and played for the team for almost a year before he was placed on the Injured list on November 5. The injury ended his career, suffering a concussion injury.

As a result, he retired from NFL on March 10, 2017, after suffering four concussions in six seasons. In his entire career, he played along with famous players such as Jarvis Landry, Ndamukong Suh, Isaiah Pead, and many more.