Does Jets Picking Policy Say Pick Him If You Can't Beat Him? Adam Gase Hired as Jets New Head Coach 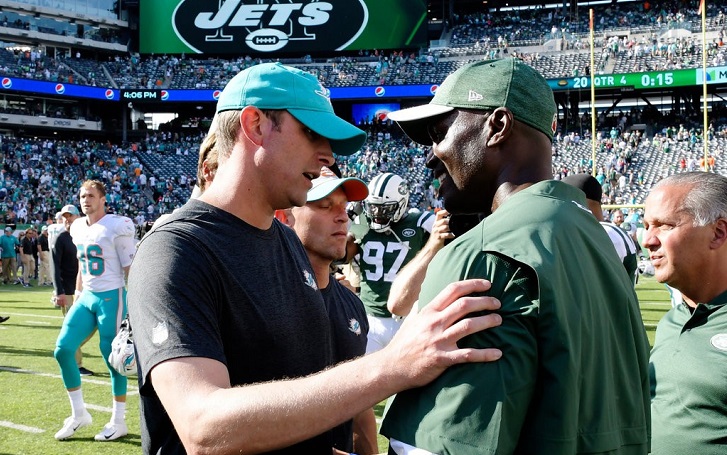 The Jets realized that they might hire him if they were unable to beat Adam Gase. The Jets have decided on Wednesday to naming Gase as their next head coach but the deal isn't authorized to comment openly about, yet.

Implied, the team formation and Kiff's likeliness to tilt towards Cardinals, the team's first choice was obviously Adam Gase. The news was first outed by ESPN and NFL Network outlets and the official inauguration as well as the announcement will reportedly be made on Tuesday.

Read Related: How much does Kliff Kingsbury make in a year? Know about his Salary, Career, and Awards

Gase in three seasons, went 23- 25 with the Miami Dolphins. In only one of those years, A.F.C. East reached the postseason. But he was 5- 1, including two victories in 2018 against Jets so it looks like the 40 years old coach was picked because of his consistent wins over Jets.

The forty years old has a six-win record over Jets and is a well-polished coach despite being one of the youngest in the roaster. It was funny to know that Jets picking policy says: Pick Him If You Can't Beat Him!