Delvin Hodges is a former American football player who played as a quarterback for NFL teams, including the Pittsburgh Steelers, Los Angeles Rams, and CFL's Ottawa Redblacks. After playing at the Mortimer Jordan High School, he played at Samford. And in 2019, the Pittsburgh Steelers signed him as a free agent.

Delvin Hodges is most known by his nickname, Duck, and now he is running his own podcast named Duck Hodges Podcast. As we know, he is already out of professional football, and Hodges announced his retirement from it in April 2022. After retiring from his career, Hodges got involved in various fields, but most notably, he got associated with Red Oak Duck Camp.

Delvin Partick Hodges, aka Duck, was born on April 12, 1996, in Kimberly, Alabama. As of 2022, he is 26 years old, and he holds an American nationality. The 26-years-old former player was raised by his beloved parents, Amy and Zane Hodges. As we know, he is famous as a duck, and the name got influenced by his place, Amy and Zane Hodges. 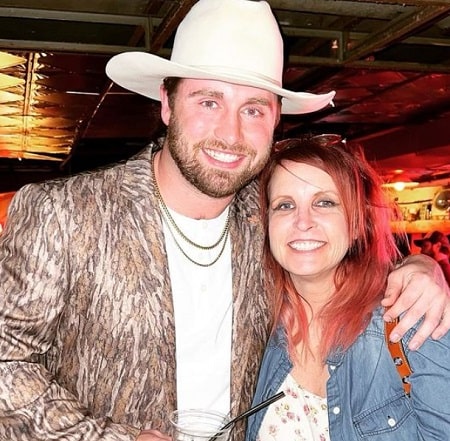 The nickname began when Duck was playing college football at Samford. His family shares an affinity for ducks as Duck's father introduced him to duck calling. Apart from that, Hodges also has a brother named Duncan. They played high school football together at Mortimer Jordan High. His brother swapped to tight end while Duck played quarterback but then took over the offense after his brother moved to Samford.

Everything On His Early Career

Firstly, Hodges attended the Mortimer Jordan High School. And to play college football, he went to Samford and was a four-year starter at quarterback for Samford. Similarly, Hodges was named the Southern Conference Offensive Player of the Year three times. Not only that, but he also received the 2018 Walter Payton Award during his senior year.

During that time, he set the NCAA FCS career record for passing yards with 14,584, and his mark smashed the earlier record that was designated by former Alcorn State quarterback Steve McNair in 1994. After that, his professional career began.

His professional career started when he got signed as a free agent by the Pittsburgh Steelers on May 13, 2019, but he was waived on August 31, 2019. And again, on September 10, 2019, the Steelers team signed Hodges to their practice squad. When Ben Roethlisberger got injured, Hodges was promoted to the active roster on September 16, 2019.

Furthermore, his professional debut came on October 6, 2019, in a match against the Baltimore Ravens. He came after Mason Rudolph got injured. In his first regular-season match, he completed seven of nine passes for 68 yards and rushed the ball twice for 20 yards. In the match against the Los Angeles Chargers on October 13, 2019, he won his first NFL start. 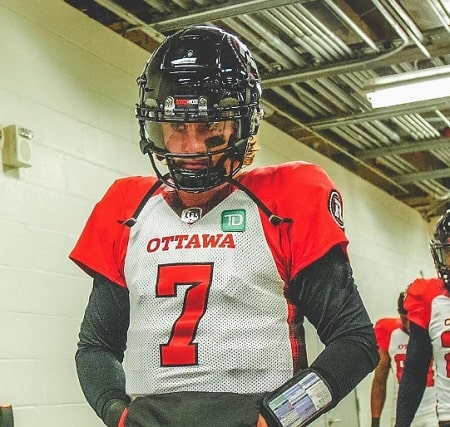 When he was at Steelers, Hodges participated in numerous games, and he also helped them to win most of the matches. Apart from that, he had suffered some injuries too. On September 6, 2020, he was waived by the Steelers and was signed to the practice squad the next day. Not to mention, Hodges' practice squad deal with the team expired after the season on January 18, 2021.

After that, he got a chance to play for another team and got signed with the Los Angeles Rams on January 25, 2021. It was a reserve/future contract. And the Rams waived him on August 23, 2021. His career didn't stop there as Hodges signed another contract, and it was with the team of the Ottawa Redblacks on September 16, 2021.

And on November 5, 2021, it was announced that he would be the team's starting quarterback for their November 6 match against the Toronto Argonauts. His 2021 season finished after playing in four games, completing 16 of 38 pass attempts with one interception. Due to some reason, he announced his retirement from professional football on April 22, 2022.

Moving into his personal life, 26-years-old Hodges is reported to be an unmarried man. However, Hodges is in a relationship with his girlfriend named, Ella Baggett. Meanwhile, Hodges is a very private person, and he mainly prefers to keep his personal detail away from the limelight.

Due to his lowkey nature, we are unable to mention much about his love life. Also, Hodges has not talked much about his relationship with his girlfriend, Ella. Not only that, but he has not made a single post with her on his Instagram handle.

Exploring his social media handles, we can say that Hodges is a family person, and he mainly spends time with his family members during his spare time. Not to mention, he has shared numerous snaps with his mother on his IG account.

Devlin Hodges Salary and Net Worth In 2022

The former American quarterback has earned a massive amount of money from his profession. Previously, he has played for various teams that must have helped him acquire a good fortune. According to a source, he signed a one-year, $780,000 contract with the Los Angeles Chargers. The deal also had an average annual salary of $780,000.

Similarly, his career earnings are reported to be over $596,565. From this, it becomes clear that his net worth is in six figures. Some sources claim that his net value is somewhere around $500,000 to $1 million. So, with his high income, Hodges might be living a lavish life. As we know, he is retired from his football career and is now engaged in other fields. However, his current sources of income are unknown, but he might be engaged in some sort of business. In addition to that, he has preserved a strong fan base on his Instagram handle, and if he makes a sponsored post on the platform, then he has the potential to earn $303 - $505 from a single sponsored post, as reported by the Influencer Marketing Hub.