Jeff Maehl is an unforgettable name in the history of American football. He is a former football wide receiver who played mostly for the Houston Texas and the Philadelphia Eagles. The 6 feet tall player played college football at Oregon. During his active playing career, Maehl has participated in numerous games, and he led his team to win some matches too. So, for his outstanding performances, he earned some honors too.

Jeffrey David Maehl is a famous American former football player who is most noted as Jeff. He is a wide receiver who used to wear jersey numbers 15 and 88. In his NFL career, Maehl had a strong performance. Apart from being known for his professional work, Maehl often gets into the limelight regarding his style as he has a full sleeve tattoo on one arm and a half-sleeve on his other. Not only that, but he also has other tattoos.

Jeffrey David Maehl was born in Paradise, California, the US, on March 16, 1989, making his age 33 as of 2022. He holds an American nationality, and his height is measured at 6 feet (1.83 m). The 33-years-old player has a strong bond with his parents, Steve and Lucy Maehl. Talking about his family, Maehl also has one brother, but his name is missing from the web.

Furthermore, Maehl has received great support from his parents and family. So, there is also a huge role of them behind the success earned by Maehl.

You May Learn: Dak Prescott Powers Up Voice For New Players: Says Any Team Don't "Necessarily" No.1 Wide Receiver

Everything On Maehl's Football Career

Maehl attended the Paradise High School Bobcats in Paradise, California, where he was allowed to show his skills on the field. During that time, his jersey numbers were 15 in green and gold. Besides that, Maehl played in the 2007 Lions Club District 4C-1 All-Star Game together with a former opponent at Pleasant Valley High School, quarterback Jordan Rodgers. He was ranked among the top 140 prospects in California by SuperPrep. Furthermore, Maehl completed his senior year carrying the ball 25 times for 153 yards and three touchdowns, in addition to catching 40 passes for 576 yards and 11 TDs. In the year 2007, he evolved from a reserve in the defensive secondary to a solid special teams performer before moving into the starting lineup at wide receiver for the final three matches of the season. So, he finished the year with nine catches for 118 yards, including a team-high four receptions for 86 yards and one touchdown against Oregon State.

In this way, he gave his best during his high school career. And talking about his college career, he played college football with the University of Oregon Ducks. As a senior in 2010, he caught 77 passes for 1,076 yards while supporting Oregon in the 2011 BCS National Championship Game. In the respective game, quarterback Darron Thomas and he united to form the record for the longest pass play from scrimmage in a title game: 81 yards.

Apart from the 2011 NFL Draft, he was supposed to be a late-round draft pick by draft analyst Mel Kiper Jr. Moreover, he went undrafted in the 2011 NFL Draft but was selected with the final pick of the 2011 UFL Draft by the Virginia Destroyers. And on July 25, 2011, Maehl was signed by the Houston Texans as an undrafted free agent. 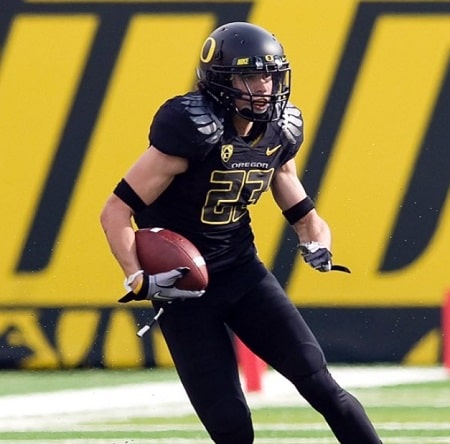 On the other hand, he was traded to the Philadelphia Eagles for offensive tackle Nate Menkin on August 12, 2013. There he was reunited with his ex-college coach Chip Kelly. In week four of the 2013 season, he came in during a loss to the Denver Broncos in the fourth quarter, catching a touchdown.

Jeff Maehl Is Married To His Wife

Talking about his personal life, Maehl is a married man who cherishes his life with his wife, Britnee. The pair have been in a marital relationship for a long time, and they are still living a happy life together. No doubt, Maehl loves his wife a lot as he has a tattoo dedicated to her.

As the couple lives a low-key life, there are not many details regarding their married life. Also, their marriage date remains unknown. It is also unknown if they have children or not. Meanwhile, it is reported that Maehl and his wife reside in Eugene, Oregon. Also, the duo has two cats. Currently, both of them are less active on social media, making it pretty challenging to know about their current lifestyle.

Maehl's Net Worth and Salary Details

The former football wide receiver has earned a decent amount of money from his profession. According to Spotrac, Maehl signed a one-year, $660,000 contract with the Philadelphia Eagles. The contract also had an average annual salary of $660,000. Apart from that, he also played professionally for Houston, Texas. So, by playing professionally for two teams, Maehl must have earned a good profit. 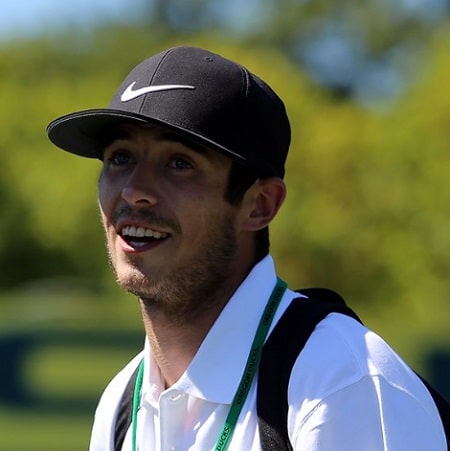 Jeff Maehl now keeps himself away from the media SOURCE: Twitter @oregonfootball

A source says that his career earnings are around $1,088,824. No doubt, Maehl earned all of this fortune from his professional career as a football player. Not to mention, NFL rookies earn as much as $400,000 to $600,000 a year at low, while the highest earnings players can make money in six figures. And the NFL salary cap is also reported to be around $170 million.

As we know, Maehl had participated in various games from his previous teams and had also given an amazing performance. So, his hard work and dedication might have helped him receive a fair sum. But now, Maehl is not much active in this field. So, he might be engaged in other business and is making a living through it. His current earnings sources remain under investigation as Maehl does not have a social media presence.

Follow  PlayersWiki For More Interesting Biography About Your Favourite Players !!!