Canadian football quarterback Bo Levi Mitchell has been playing for the Calgary Stampeders of the Canadian Football League (CFL) since 2012. The 32-years-aged quarterback played two years of college football at Southern Methodist University and two more at Eastern Washington University. He led his high school team to an undefeated season and a state title. Also, he was an interdisciplinary liberal art major in college.

Born on March 3, 1990, Bo Levi Mitchell is 32 years old now. He is a native of Katy, Texas. His parents are Dwight Mitchell and Barbara Miller. Also, Mitchell has a brother named Cory Mitchell. For your information, Cory was born on December 12, 1987, and he is also an American football wide receiver who is currently associated with Eastern Washington Eagles football.

Apart from that, Mitchell, the 32-years-old player, previously hosted his own radio show. And now, he co-hosts a podcast with curler Ben Hebert. Not to mention, Hebert is a two-time Olympian and a four-time Brier champion.

Details On His Early Career

Mitchell attended Katy High School in Katy, Texas and graduated in 2008. As a senior, Mitchell passed for 2,451 yards and 37 touchdowns with only four interceptions. Likewise, he led Katy to a 16–0 undefeated season and a state title. He had also received some honors for his outstanding performances. For your information, Mitchell was named to the Houston Chronicle's Houston Top 110. After that, he received offers to play for various teams, including Hawaii, but he chose to be at SMU. Also, Eastern Washington recruited him, and with them, he played two seasons. He started all 19 of the games he played. And during that time, Mitchell completed 385-of-676 passes for 4,590 yards with 36 touchdowns and 33 interceptions and his efficiency rating was reported to be 121.8.

As a sophomore, Mitchell began SMU's first seven matches before suffering an injury and being substituted by freshman Kyle Padron. He completed 56 percent of his passes for 1,725 yards, 12 touchdowns and ten interceptions, for a passing efficiency rating of 117.9.

In 2010, he was transferred to Eastern Washington University. Mitchell helped lead EWU to win in the FCS Championship Game. After giving an amazing performance, he was named the game's Most Outstanding Player. In the 2011 season, he led the team of FCS in four statistical categories on his way to breaking four school records. Similarly, he won the Walter Payton Award and also received the title of the 2011 Big Sky Conference Offensive Player of the Year.

Also Read: What is American football Quarterback Russell Wilson's Salary and Net Worth? Career and Property

After going undrafted in the 2012 NFL Draft, he was signed as a free agent by the Calgary Stampeders of the Canadian Football League on April 30, 2012. He started the 2013 CFL season as the 3rd-string QB. On July 20, 2013, he came in the third quarter after Kevin Glenn left with an injury in the match against the Alouettes.

His first start in CFL was on July 26, 2013, where he completed 29 of 33 attempts while passing for 376 yards in a victory over the Winnipeg Blue Bombers. Also, he received the Gibson's Finest Offensive Player of the Week for this performance. Similarly, Mitchell played considerable time at quarterback in 5 of the games and participated in another seven matches. 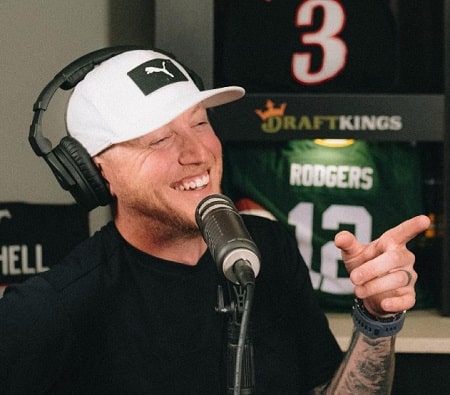 Likewise, his contract was extended on January 14, 2014, and on June 14 of the same year, he started the 2014 pre-season with the Calgary Stampeders. In this way, he participated in various games and was also a part of the Grey Cup. Later, it was announced that Mitchell would be following NFL opportunities before signing another CFL deal. In February 2019, he was set to become a free agent.

So, on December 5, 2018, he attended his first NFL workout with the Minnesota Vikings. Not only that, but he also worked with multiple teams, including the Denver Broncos, Jacksonville Jaguars, and Chicago Bears. He officially became a free agent in the 2019 CFL free agency.

And he again came into the Calgary Stampeders after signing a contract on February 12, 2019. Since then, he has not much appeared in games after suffering some injuries. He missed various seasons, and later, he revealed that he might take the step of retirement.

You May Be Interested In: How Fair is Cleveland Browns' Head Coach Hue Jackson To say "NO" Five Times To Quarterback Baker Mayfield?

Moving into his married life, Mitchell lives happily with his beloved wife, Madison Hilpert Mitchell. The pair have been together for over three decades and are still together. Not only that, but they have already started their own family and are blessed with two kids, both daughters.

As we know, Mitchell is an active user of Instagram, and he is registered as @bolevimitchell. From his account, Mitchell shares photos with his wife and kids. Also, he gives regular updates regarding his ongoing life and events. 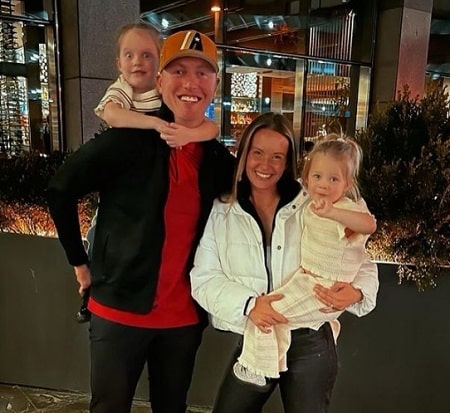 Talking about his wife, Madison uses Instagram as @madismitchell. Her IG bio shows that she is a retired cheerleader. She also worked at EWU Cheerleading. Madison has appeared in various games of her husband to support him.

Bo Levi Mitchell Salary: His Net Worth Is In Millions

The 6 feet 2 inches quarterback extended his contract with the Calgary Stampeders in 2019. And the contract was worth $2.8 million. So, it is clear that Mitchell is receiving a fair profit from his team. A report claims that he was set to earn $525,000 in 2022.

But due to injury, he has not been able to perform nicely. Apart from that, Mitchell also runs a podcast from which he may be receiving a fair sum. Similarly, he has a strong presence on Instagram, and if he makes a sponsored post on the platform, then Mitchell has the potential to earn around $72 - $120 from a single post.