The undefeated Devin Miles aka "The dream" Haney is an American Professional Boxer. He boxes in the WBC lightweight Champion in Recess since December 2019. Haney became the youngest world champion in 23 years after being promoted from WBC interim to full status in October. He turned professional in 2015 at the age of 17 however he couldn't compete in the United States due to age regulations and competed in Mexico for his first 4 matches. His career record is 26-0-0 (win-loss-draw).

The California native was born on 17 November 1998 under the star sign Scorpio. He was born in San Francisco, California. Devin spent a lot of time in the Mayweather Gym where he sparred many rounds with Floyd Mayweather. His stance is the Orthodox stance.

His father is Willian Haney. The information about his mother isn't revealed in any media and will soon be updated.

Devin Haney's Net Worth and Earnings in 2021

The 22-years-old is starting his career and has raised to fame in four years of his professional career and reached great heights in the boxing industry. The young and talented Miles has collected a worthy sum of amount through his fighting career.

The reported net worth of the professional boxer is a whopping $5 million. He is living a fancy and lavish lifestyle with all the fight purse that he has collected in his 24 bouts.

Haney started his own promotional company Devin Haney Promotions and in 2019 signed a promotional deal with Eddie hearn and Matchroom Sports. Devin has signed a contract with DAZN, which has been trying to sign a contract with American talent to promote their new app. The multimillion-dollar contract has been signed but the detail of the contract is yet to be opened to the public.

His recent fight purse in the KSI vs Logan Paul was $1 million against Alfredo Santiago which was even higher than KSI and Paul fight purse of $900,000 which was held on 9 November 2019 at the Staples Center, Los Angeles, California, U.S. 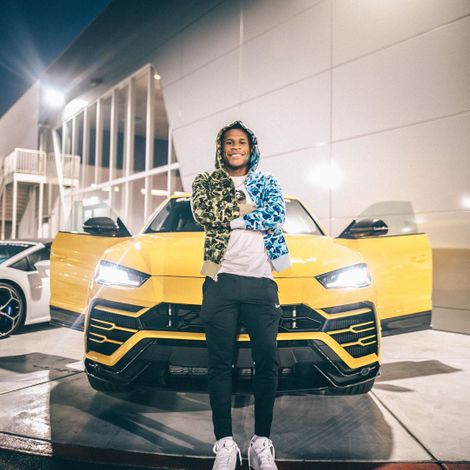 His 21 birthday gift was a Lamborgini Urus which was bought as a gift by his father that cost around $250,000 dollars.

The 5' 8'' also receives sponsorship and brand deals that add value to his net worth. Haney is sponsored by WEDM Recovery.

Devin Haney is dating Big Gigi. Their relationship started in January 2019. The couple has been living a lavish lifestyle and is enjoying traveling to various places. 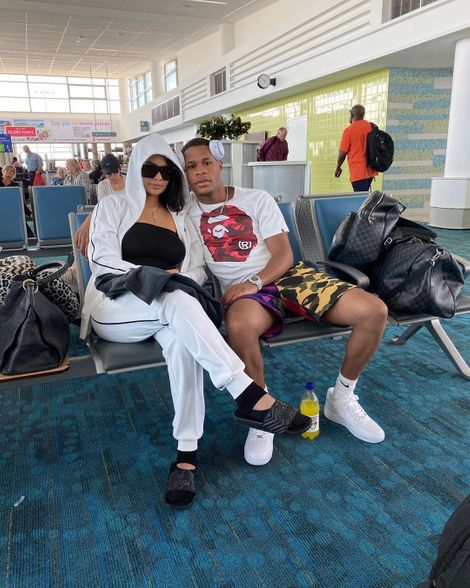 Big Gigi has a daughter Emoniee Gisselle. She had Emoniee from her previous relationship whose details are still unclear and she hasn't revealed anything as well.

Miles has fought 24 bouts to date and hasn't been defeated in any of the matches. He has won 15 of the match by Knockout.

His recent battle was against Alfredo Santiago. He has won his previous matches against Zaur Abdullaev, Antonio Moran, Xolosani Ndongeni, Juan Carlos Burgos, and many more.