2020 AP National Coach of the Year Anthony Grant is a well-known American basketball head coach. He started his career as an assistant coach in 1987 and turned head coach in 2006. Since 2017, Grant is working with the University of Dayton as their head coach. He led his team to the 2020 Atlantic 10 regular-season championship.

Anthony Grant was born Anthony Duvale Grant on April 15, 1966, in Miami, Florida. He is among the two children born to his parents. He was raised along with his brother. Anthony graduated from Miami Senior High School and then enrolled at the University of Dayton, where he the team to the Elite Eight of the NCAA Tournament.

Like other basketball head coaches, Grant also started his career as a basketball player but shortly turned into coaching. In 1987, Anthony began working with his alma mater, Miami Senior High School as their assistant coach. He worked with the team until 1992 and then worked as it's the head coach for a year. 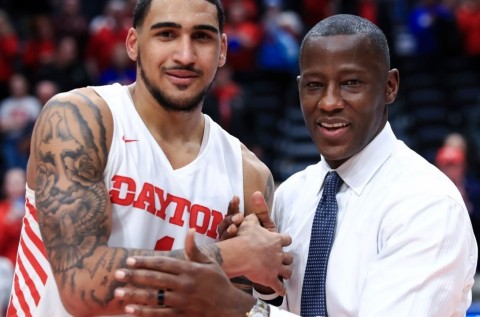 At the end of the 2015 season, Anthony agreed to work with Oklahoma City Thunders as their assistant coach under Billy Donovan. He worked with the team until 2017 and then moved to the University of Dayton after their head coach Archie Miller departed. In 2020, Grant led his team to the Altlantic 10 regular-season championship and won numerous titles to his name.

Know About Anthony Grant's Salary, Net Worth, Earnings in 2022

Anthony Grant has an estimated net worth of more than $10 Million. He earned $1,631,868 as his salary from Dayton and ranked at No. 63 in the list of NCAA Coach salary list. Anthony makes a handsome amount from his contract bonuses.