Deion Lin Sanders Sr., better known as Deion Sanders and nicknamed "Prime Time and Neon Deion," is an American athlete who played in the National Football League (NFL) for 14 seasons. Considered one of the most famous athletes globally, Sanders currently works as a CBS Sports and NFL Network sports analyst. He made a successful career in Major League Baseball (MLB) and Football. Sanders is the founder and head coach of the Prime Prep Academy Charter School.

As of 2019, Sanders reportedly has an estimated net worth of over $41 million. Further, as a sports analyst, he reportedly earns around $65,000 as his yearly salary from the NFL Network and CBS Sports.

Deion Sanders Net Worth and Salary

The Retired American NFL player has an estimated net worth of $41 million. As of 2019, Sanders receives an annual salary of $65,000 from his successful reporting career with CBS Sports and NFL Network. His net worth is massive due to his earnings from his NFL career.

Salary and earnings per Year:

You may like: Hot NFL Reporter Lindsay Rhodes Net worth, Husband and Career.

In February 2011, Deion listed two of his Dallas luxurious homes for sale, listed for $7.5 million and $21 million, respectively. He currently lives in Cedar Hill, Texas, and his partner Tracey, in a beautiful 600-square lakeside home. 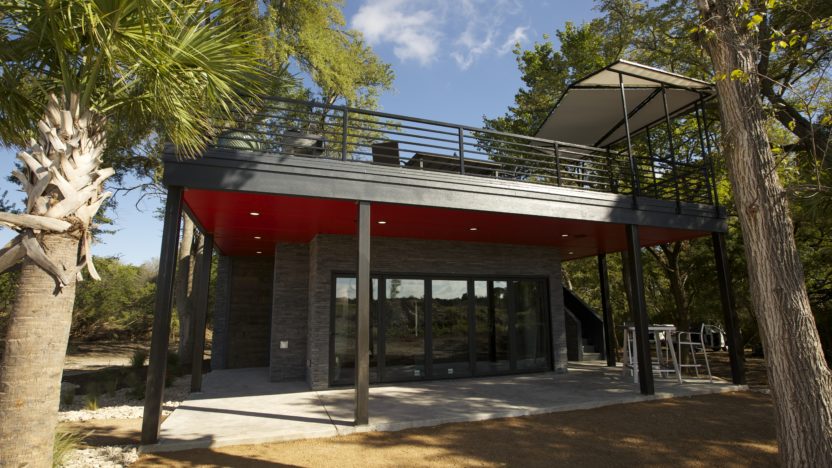 The house is well equipped with multiple bathrooms with double vanity, a fireplace, a movie theatre, and a yoga studio. Sander's former luxurious mansion, called "Chateau Montclair," is the grandest house in Texas. Sadly, the mansion is listed for sale for $18 million. 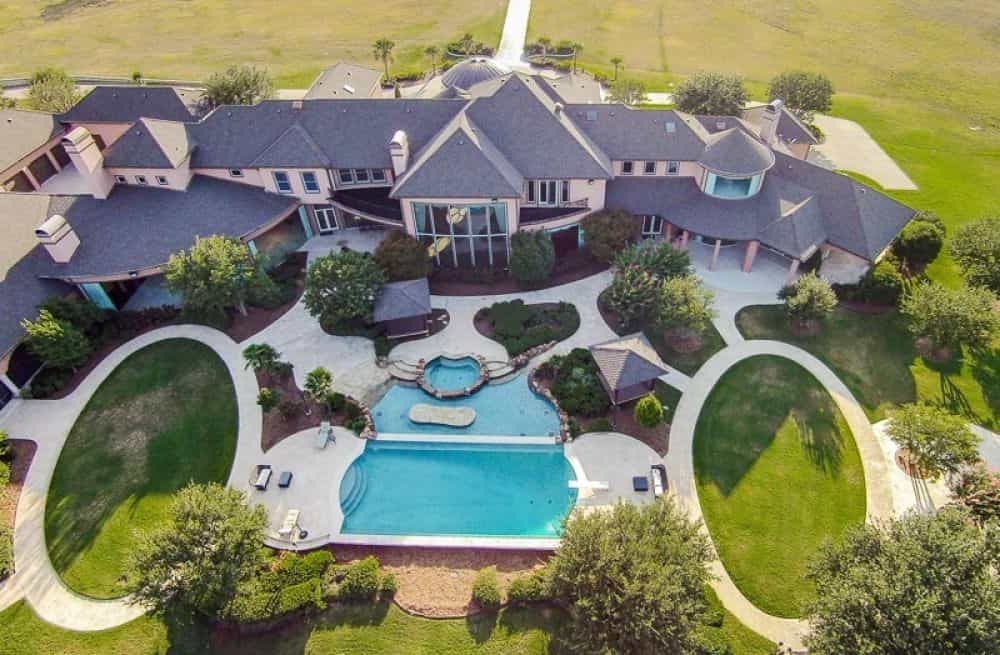 Regarding his car collections, it is found that he had a Pontiac Firebird and a Chrysler Lebaron in college, a  Mercedes Benz, an NSX, Lincoln, Vette & Cadillac, and a Lamborghini Urus SUV. Altogether, his car collection is worth $5 million.

Sanders is also presented as a devout Christian speaker with a fee range of $30,000-$50,000. Sanders is considered one of the most versatile athletes in sporting history as he played two sports at multiple positions.

Also Read: What is NFL's Dak Prescott's Net worth and Salary?

During his career, Deion appeared in many commercials for dozens of major brands like Nike, Pizza Hut, American Express, and Pizza Hut. It can be said that Sanders was one of the wealthiest and most famous athletes of his time.

Past Relationship and Marriages

Regarding the Personal life of Deion Sanders, he is 54 years as of 2012. Further, his star sign is Leo. He has been married twice regarding his relationship status, which ended in divorce. Additionally, he has five children from both marriages.

His first marriage with Carolyn Chambers lasted for nine years, from 1988-to 1998, with whom he has two children; Deion Sanders Jr. (Son) and Deiondra Sanders (Daughter). 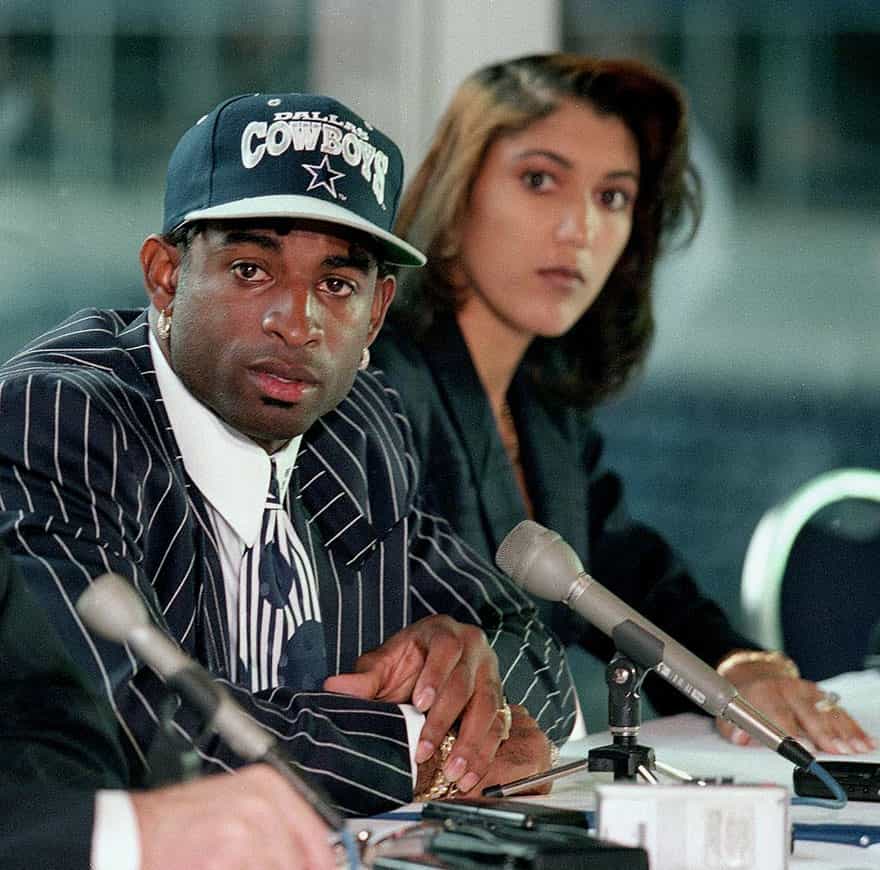 Shortly after his separation from Chambers, Sanders married Pilar Sanders in 1999. His second marriage lasted for 14 years, and with Pilar, he has two sons, Shilo Sanders and Shedeur Sanders, and a daughter Shelomi Sanders. 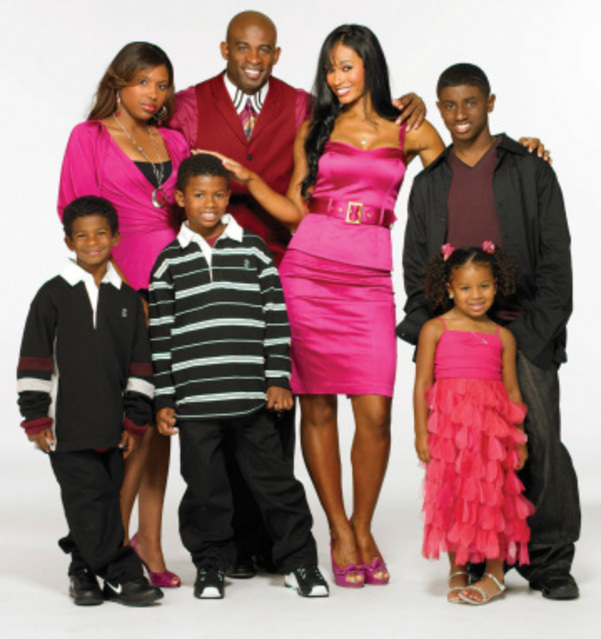 Deion along with his second wife and their children at a photoshoot SOURCE: straightfromthea.com

On September 22, 2011, he served Pilar Sanders with divorce papers. In 2013, he was granted primary custody of all three kids.

He has been in a relationship with Tracey Edmonds since 2012. The couple currently lives in a 600 square foot house in Texas. There is no symptom of breaking up anytime soon.

During the divorce battle, Pilar made several accusations against Sanders regarding domestic violence and physical abuse. In 2017, the case went against him, and it cost him to sell his luxurious mansion located in Texas.

In 2012, he was fired as the head coach of Prime Prep Academy after a school staff accused Sanders of assaulting the staff.

Deion Lin Sanders Sr. was born on August 9, 1967, in Fort Myers, Florida, in the United States, to parents Mims Sanders and Connie Knight. He holds an American nationality and belongs to an African-American ethnic group. Further, Sanders grew up with his younger sister Tracy Knight. 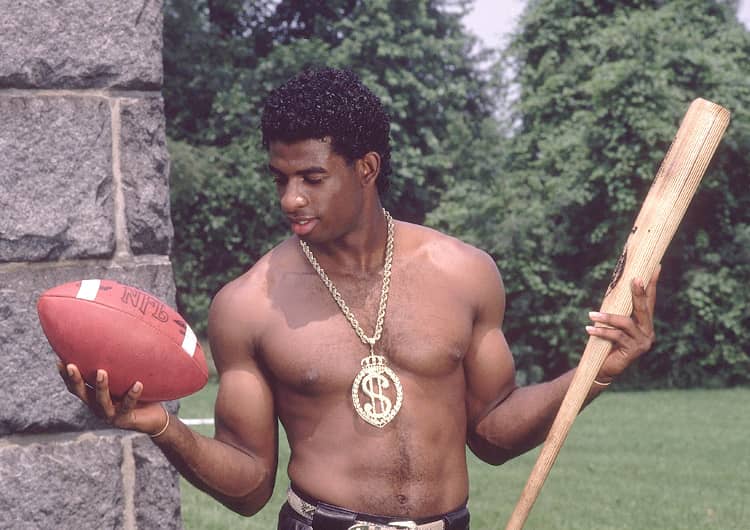 After graduating from high school, Sanders attended Florida State University, where he played baseball and Football. In 1988, he won the Jim Thorpe Award for his excellent defensive style in University's bowl game.

While playing baseball under the supervision of head coach Mike Martin at Florida State, Sanders hit .331 in 1986; he was known more for base stealing, compiling 27 stolen bases in 1987.

Deion Sanders's professional baseball career began when the New York Yankees first drafted him in the 30th round of the 1988 MLB Draft. Later, he was selected by the Atlanta Falcons with the fifth overall pick in the 1989 NFL Draft. 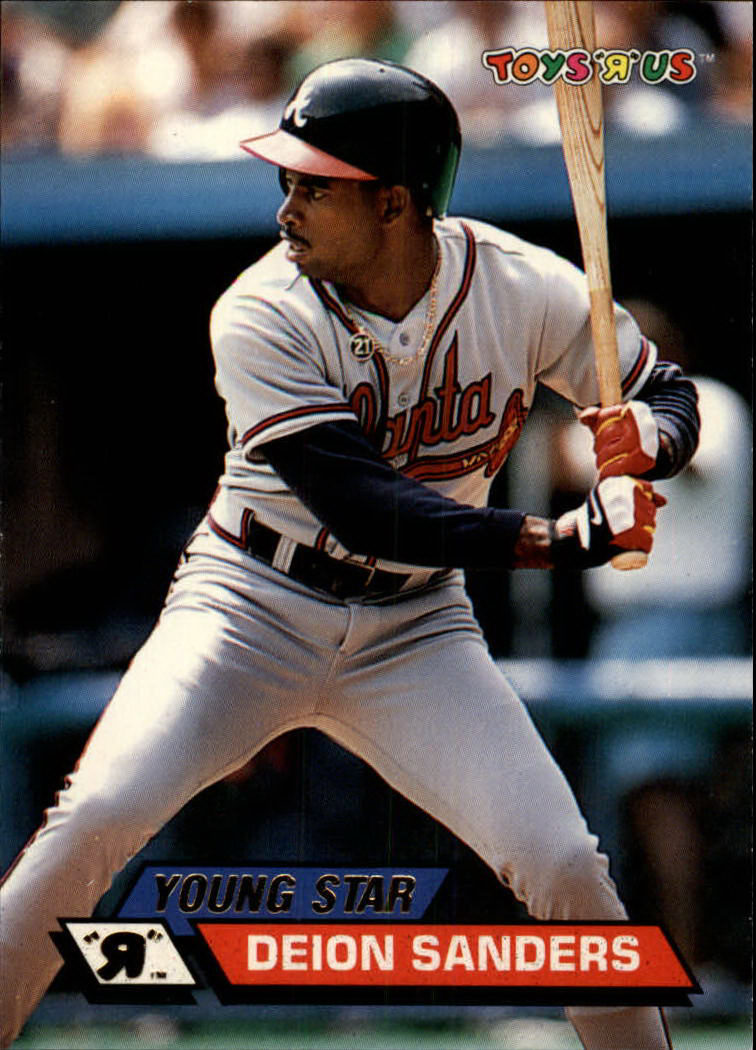 Deion Sanders photo from his days in 1993 SOURCE: Beckett Marketplace

After the 1997 season, he left baseball for three years and returned to play baseball for the Cincinnati Reds in 2001. As he played baseball and Football simultaneously, he had to quit any sport to focus on the other. He retired from baseball that year.

The same year he began his professional baseball career, he simultaneously joined the Atlanta Falcons in the 1989 NFL Draft.

During 1993-1994, he signed to play football for one season with the San Francisco 49ers, which proved to be his best season, and he recorded six interceptions, 303 yards, and three touchdowns. Sanders was awarded the 1994 NFL Defensive Player of the Year. 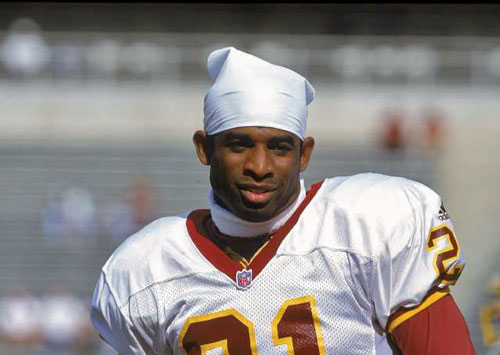 In 1995, Sanders signed a contract with the Dallas Cowboys football club for $35 million. During his NFL career, he played for professional teams like Atlanta Falcons, San Francisco 49ers, Dallas Cowboys, Washington Redskins, and finally for the Baltimore Ravens before retiring.

After retiring from the NFL in 2004, Sanders worked as a pre-game commentator for the CBS show "The NFL Today" for a short time.

Sanders frequently made guest appearances on ESPN and briefly hosted a show called The New American Sportsman. Sanders currently works as a sports analyst on NFL Network and a number of the network's shows. Sanders has a segment called "Let's Go Primetime" on NFL Network.

Some of the facts about Deion Sanders are: