Many fans consider Edwin Diaz one of the best players in 2022, and it's no surprise that many baseball fans want to know more about his life. Not only is Edwin from the New York Mets great in the sport, but he's also easy on the eyes. And so, many female fans follow the talented athlete on his every social media account. Similarly, many fans of the sport follow him for his great sports sense.

Diaz started his career in the major league in early 2016, and at a steady speed, the MLB player reached new heights. Edwin broke all Mariners' records for consecutive strikeouts within two months. The Mets Edwin played in two All-Star games (2018 & 2022) and was named the AL Reliever of The Year title in 2018. And more recently, Edwin pitched a combined no-hitter on April 29th, 2022.

Yes, the New York Mets Edwin Diaz is a married man. And this talented athlete courted his girlfriend for a long time. Although he tends to keep his personal life limited to his fans, his wife loves to share their life with her followers. 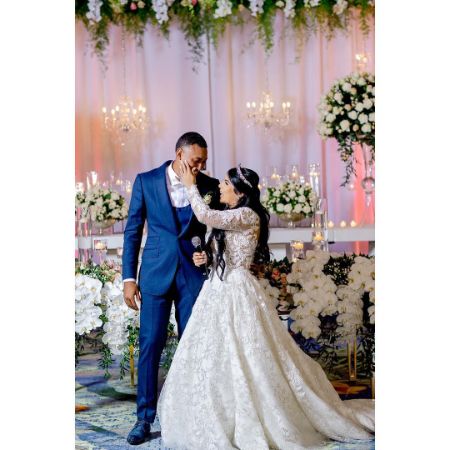 Edwin and his loving wife, Nashaly Mercado, married in 2019. Mercado and her husband exchanged their vows on February 16th, 2019. The married couple celebrated their wedding privately, so only their loved ones attended Edwin's and Nashaly's marriage.

Nashaly and Edwin started dating in 2014, as seen in her earliest Instagram post. And half a decade later, Mercado and Diaz became husband and wife. However, the duo shared a more substantial relationship before walking down the aisle. The MLB star and his squeeze welcomed a child way before they became a married couple.

Edwin and his wife welcomed a son years before tying to knot!

Edwin Diaz and his then-girlfriend Nashaly Mercado welcomed their first kid in August 2016. And so Diaz named his first son Gahel Diaz. And after his marriage with Mercado, Edwin and his wife gave birth to another child. Similarly, the married couple welcomed a son, Sebastian Diaz, in September 2021. The Mets player and his life partner keep their kids' birth dates hidden.

Slow and steady, Edwin Diaz kept his career as a baseball player afloat. And with his display of skills and talent, Edwin managed to bag a five-year deal with the New York Mets on November 6th, 2022. Aside from career growth, Diaz's new contract offers a lucrative benefit. 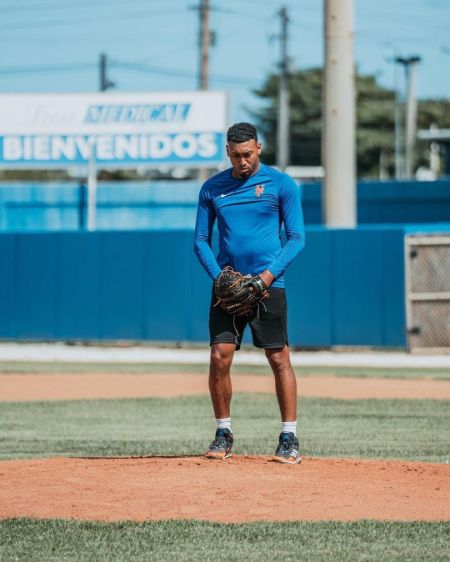 Edwin Diaz owns a net worth in millions from his contract with the New York Mets. SOURCE: [email protected]

The Mets offered Edwin a whopping five-year extension. Similarly, the team presented a contract worth $102 million. And from the looks of it, Edwin received a $12 million signing bonus. Likewise, once the deal is implemented, Diaz will earn a whopping $20.4 million as his annual salary.

Edwin is on cloud nine as he went from earning a couple of hundred thousand a year to a multimillion a month. In his initial years in MLB, Diaz made around $500k a year. And fast forward six years, and the baseball player earns millions a month.

With the new contract extension, Edwin Diaz's net worth skyrocketed!

With the multimillion deal in the bag, Edwin Diaz now holds a potential net worth of $20 million. However, his current estimated assets sit at $6 million. Edwin's career improved, and now he is ready to reap the benefits.

Although Diaz has repeatedly proved himself in the field, he hasn't signed a major endorsement. However, the talented athlete does post promotional pictures on his Instagram. And more recently, FOCO paid the athlete for a promotional post.

From his career with the New York Mets, Diaz bags a substantial salary. Although it's nowhere close to $20 million a year, as of 2022, Edwin receives $10.2 million per year. And with that, Diaz leads a luxurious life with his wife and children.

Edwin Diaz Gifted his wife a Mercedes Benz in 2021!

Edwin Diaza and his wife, Nashaly Diaz, live lavish lives from the wealth Edwin earned. Similarly, on October 7th, Nashaly posted a picture of her new car on her Instagram. Edwin gifted her with a brand-new Mercedes Benz. 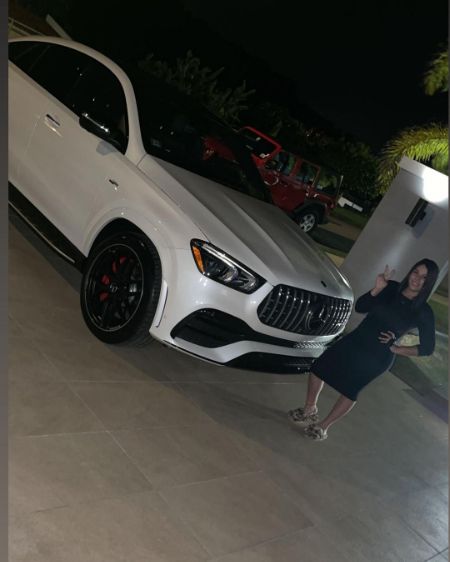 Nashaly Mercado Diaz posted a picture with the car her husband gifted her. SOURCE: [email protected]

Nashaly and her hubby live in New York. Likewise, Edwin and his partner own a luxurious house. However, the details about the MLB star Edwin's properties stay hidden from the public.