De'Aaron Fox is an American professional basketball player who plays in the National Basketball Association (NBA). As of 2019, De'Aaron Fox currently plays for the Sacramento Kings as their Point guard / Shooting guard.

As a Point guard / Shooting guard, De'Aaron Fox reportedly earns around $5,470,920 as his yearly salary from Sacramento Kings. Further, De'Aaron Fox has an estimated net worth of over $5 million. He has a son named, Kai.

De'Aaron Fox's Net Worth and Salary

Other than being a famous NBA Point guard / Shooting guard, De'Aaron Fox is pretty famous in social media. He has 214k and 1million followers on Twitter and Instagram respectively.

Talking about the personal life of De’Aron Fox, he is a single guy. He is now busy to get at the top of his career. He is only 21 years old now and there is no information about his relationship status.

However, he is a father to a one-year-old baby boy, Kai. He often posts an adorable picture with his son in his official socials.

Truly a blessing to say it’s been a year since God gave me one of the greatest gifts one can receive. #happy1stbirthdayKai

Fox original jersey number is 5 but he gave his number to his teammate named Malik Monk while playing for Kentucky Wildcats. He liked to have the number “0” as his jersey number. The reason behind choosing number zero is that he wants to depict his personality as one who fears no one.

Facts and stats of De'Aaron Fox

The Famous NBA star is 6 ft 3 inch in height and weighs around 79 lbs.De'Aaron Fox is not only a world-class athlete but also has a very attractive individual.

De'Aaron Fox was born on December 20, 1997, in New Orleans, LA to parents Aaron Fox and Lorraine Harris-Fox. As per his nationality, he is American and belongs to the Afro-American ethnic group. Further, his star sign is Sagittarius. He grew up along with his brother Quentin Fox. 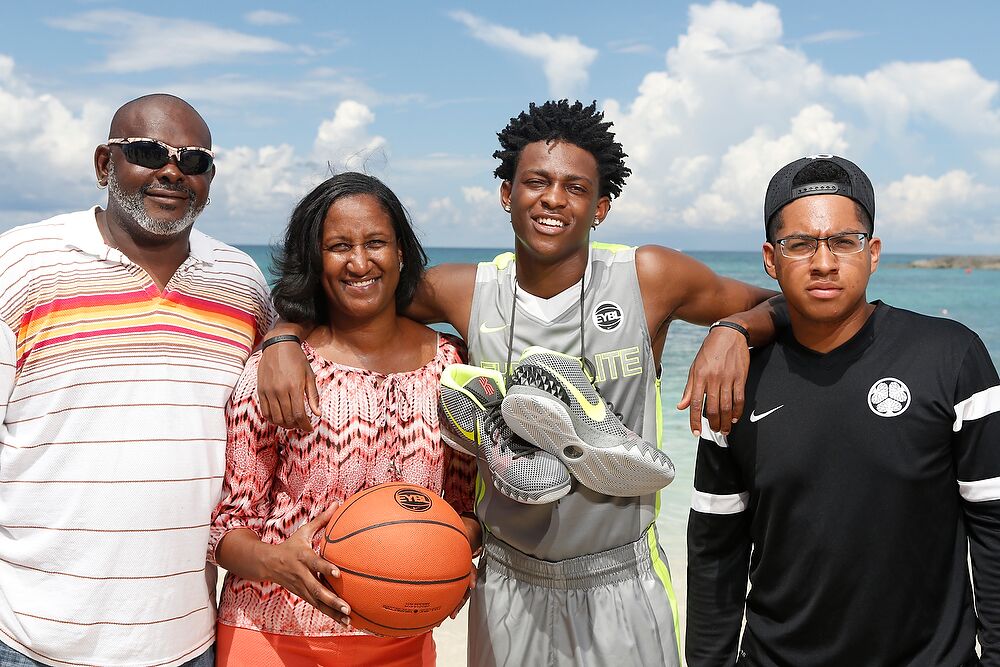 De'Aaron Fox, in his high school career, held an average of 31.3 points and 7.2 rebounds. After completing high school, De'Aaron Fox enrolled at the University of Kentucky and played for Kentucky.

The professional career of De’Aaron Fox started when he was picked by the Sacramento Kings on June 22, 2017, with fifth overall pick in 2017 NBA. Later, He signed a rookie scale contract with the kings on July 8, 2017. 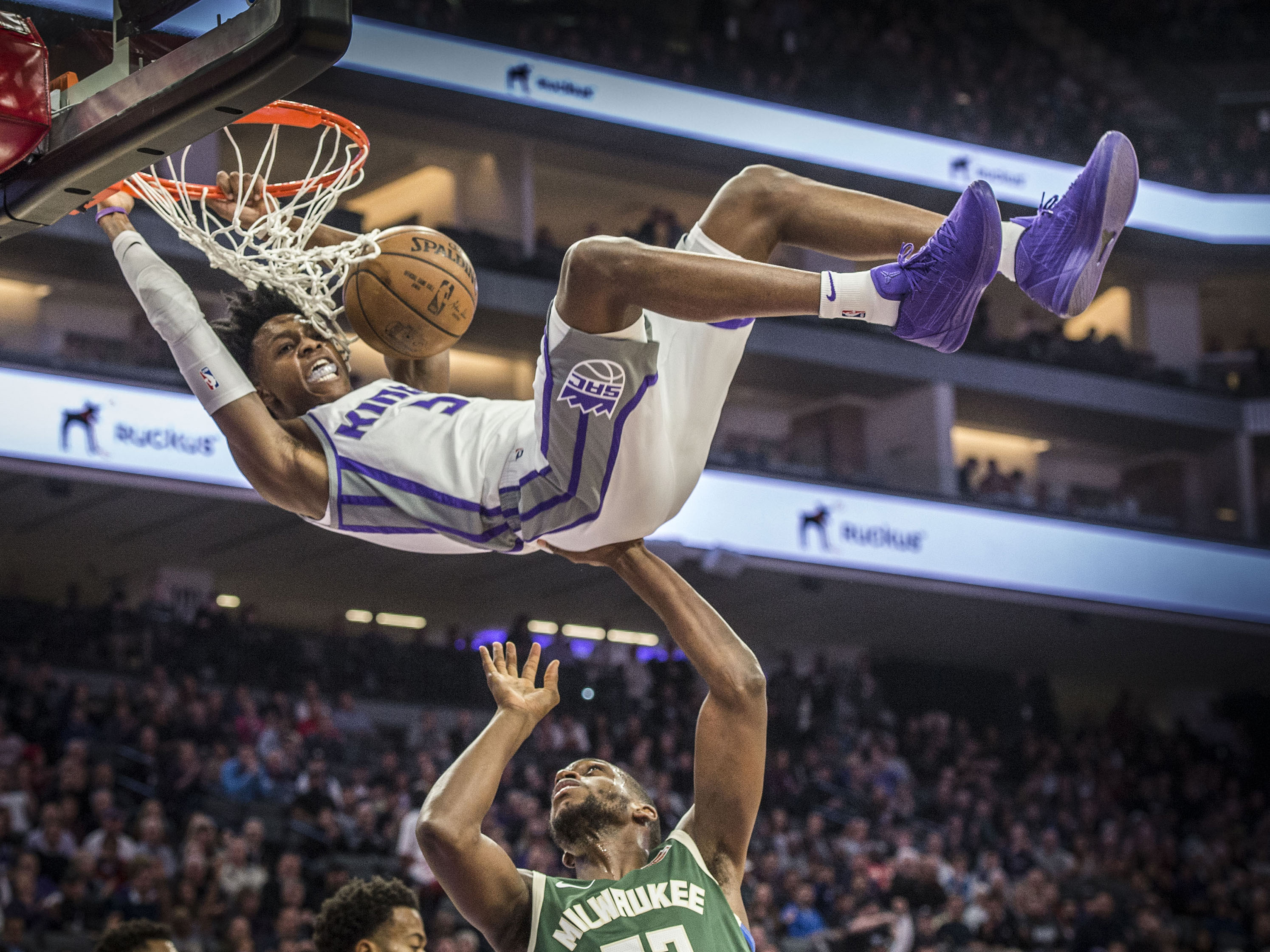 Fox played his debut NBA match against Houston Rockets on October 18, 2017, where he scored 14 points, 4 rebounds and 5 assists. He recorded his career-best 19 points, 5 rebounds and 4 assists against the Phoenix Suns.

In his Second season, Fox notched his first career triple-double with 31 points,10 rebounds and 15 assists against the Atlanta Hawks on November 1, 2018. He became the second player to score a 30-point triple double before the age of 21 behind LeBron James in 2005.

During the beginning career of Fox with kings, he holds an average of 11.6 points and 2.8 rebounds in his 73 games. He is now playing with his teammates like Iman Asante Shumpert, Ben McLemore, and  Zach Randolph.