.Zach Randolph is an American professional basketball player who most recently played for the Sacramento Kings in the National Basketball Association (NBA). He played college basketball at Michigan University and was later drafted by Portland Trail Blazers in the 2001 NBA draft.

The two times NBA All-Star has an estimated net worth of $85 million. He is married to his wife Faune Drake

Zach Randolph has an estimated net worth of $85 million in 2020. Furthermore, his total NBA career earning is recorded at $196,597,245. Most recently, he was waived by Dallas Mavericks, however, while playing for Sacramento Kings he made $7.5 million as salary in the 2018-19 season.

Randolph was on the send year of the 4-year deal signed in 2017. The contract worth $24 million would reportedly pay him the annual average salary of $6 million but was cut off from the team in 2019.

Apart has an endorsement deals with various brands including Panini and Nike. More, he is assumed to earn #0.5 million per annum from his endorsements.

Zach Randolph is a married man. He is married to Faune Drake in 2014 in a ceremony held in Indianapolis, Indiana. The couple was in a relationship since 2013 and married after a year of the relationship. 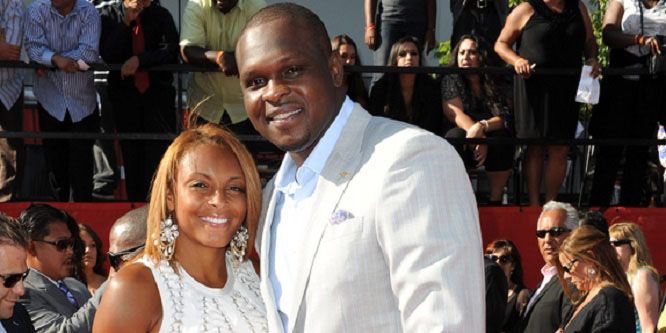 Zach Randolph was born on July 16, 1981, in Marion, Indiana. His full name is Zachary McKinley Randolph and his mother's name is Mae Randolph. He has three siblings named Kelly, Tomika, and Roger Randolph. His mother passed away in November 2016 and revealed in an interview that he never knew his father.

Randolph holds an American nationality and is of Afro-American ethnicity. He attended Marion High School and even played basketball for the high school team Marion Giants.

Zach Randolph's NBA career started in 2001 after he was picked by Portland Trail Blazers in the first round of 2001 NBA draft. He played with the club for 6 years winning the NBA's Most Improved Player award in 2004. He then switched to New York Knicks on June 28, 2007. Randolph was linked to the club being picked in the 2nd round of the 2008 NBA draft.

Randolph played 11 games with the Knicks before being traded in 2008. Randolph averaged 18.0 points and 10.6 rebounds per game while in the club. Randolph was further transferred to Los Angeles Clippers on November 21, 2008.

He was subsequently suspended for punching his opponent Louis Amundson in the jaw. He then finally made his move to Memphis Grizzlies in 2009. He was traded to the Memphis Grizzlies on July 17, 2009, in exchange for Quentin Richardson.

From 2017 to 2019, he played for the Sacramento Kings. Furthermore, Randolph was traded to the Dallas Mavericks, on February 6, 2019, along with Justin Jackson,  in exchange for Harrison Barnes. However, he was waived by the Mavericks after two days.