Daniel Hamilton is an American professional basketball player who plays in the National Basketball Association (NBA). As of 2018, Daniel Hamilton currently plays for the Atlanta Hawks as their Shooting Guard. Daniel Hamilton has played for other teams like Oklahoma City Thunder.

As a Shooting Guard, Daniel Hamilton reportedly earns around $1,349,383 dollars as his yearly salary from Atlanta Hawks. However, his net worth is yet to be estimated.

Daniel Hamilton was born on August 8, 1995, in Los Angeles, California to parents, Greg Hamilton and Karen Hamilton. As per his nationality, he is American and belongs to Afro-American ethnic group. Further, his star sign is Leo. He grew up along with his siblings, Jordan Hamilton, and Isaac Hamilton. Both of them also play basketball.

On June 23, 2016, Hamilton was selected with the 56th pick of the 2016 NBA draft by the Denver Nuggets and was traded to the Oklahoma City Thunder. In July, he joined the 2016 NBA Summer League. He was acquired by the Oklahoma City Blue in November. He signed a two-way contract with the team, so he can split the season between the Thunder and the Blue, their G League affiliate. 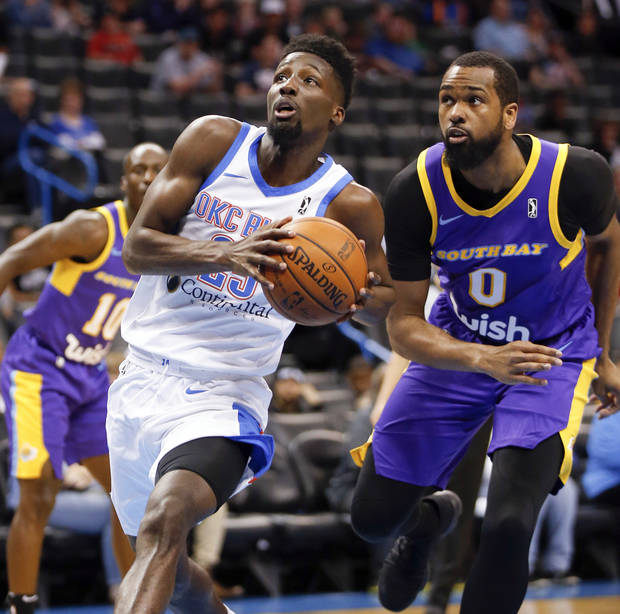 There is less information regarding the personal life of Daniel Hamilton. He seems to be single at the current time and isn't dating anyone.

Since he has recently started his career in NBA, he seems to be totally focused in his career.  It seems that he has dedicated all his time to playing basketball than having any affairs.

Daniel Hamilton's Salary and Net Worth

Daniel Hamilton reportedly signed a contract with Atlanta Hawks in 2018. Further, the NBA player has an average salary of $1,349,383 dollars annually.

Daniel Hamilton so far has made earnings of about $1.5 million dollars from his entire NBA career. Since it's only been two years that he started a career in NBA, his net worth is yet to be determined.

Other than being a famous NBA Shooting Guard, Daniel Hamilton is pretty famous in social media. He has 6.3k Instagram followers.

Facts and stats of Daniel Hamilton

Daniel Hamilton is not only a world-class athlete but also has a very attractive individual. The Famous NBA star is 6 feet 7 inches in height and weighs around 88kg.