Luke Kennard is an American professional basketball player who plays in the National Basketball Association (NBA). Kennard currently plays for the Detroit Pistons as their Shooting Guard.

Kennard currently has an estimated net worth of over $2 million. He will earn $3.25 million as his salary for the 2018-19 season. He is currently dating his girlfriend Anna Castro.

Luke Kennard Salary and Net Worth

Luke Kennard's net worth for the year 2019 is estimated to be over $2 million. As someone who has only played one season of NBA, he has so far earned of $2.75 million from his career.

He reportedly signed a rookie scale contract with Detroit Pistons and looks to make $3.25 million from the 2018-19 season.

If Kennard continues to play for the team, then his salary will rise to $3.8 million next season.  The contract also has a fifth-year option for the Pistons. Should the Pistons exercise the option, Kennard shall be with the team till the 2021-22 season. 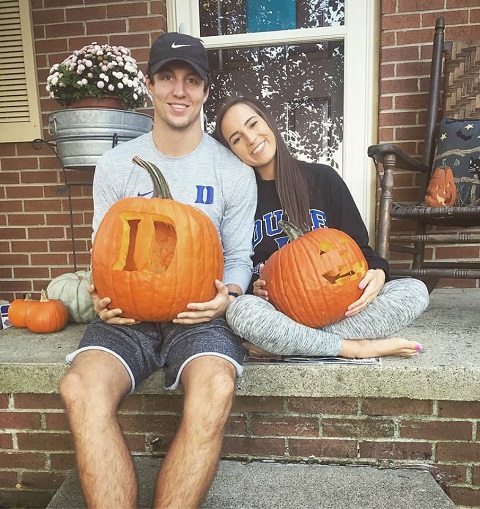 Though Kennard never showed any signs of him getting back together with Castro, the news was made public when Castro posted a picture of her together with Kennard. 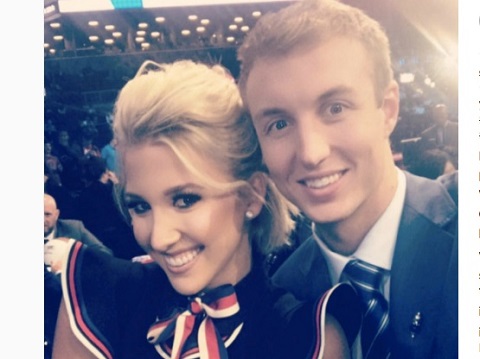 Kennard was previously in a relationship with Savannah Chrisley. The two dated for two months before ending their relationship. Kennard's recent patch up with his ex-girlfriend Castro seems to have upset Chrisley.

Kennard attended Franklin High School in Franklin, Ohio where he played for his high school basketball team. He was also named the Parade National Player of the Year in his senior years.

After completing high school, Luke Douglas Kennard enrolled at Duke University and played for the Duke Blue Devils. He was named first-team All-ACC in his sophomore years of college. He forewent two seasons of college basketball to enter the NBA draft.

Luke Kennard was drafted with the 12th overall pick by the Detroit Pistons in the 2017 NBA draft. He made his professional debut in NBA on October 20, 2017, playing against the Washington Wizards. He was able to start games for the team after Avery Bradley suffered from a groin injury.

In his rookie season, Kennard played in 73 games, starting in 9 of those games. He ended the season with an average of 7.6points, 2.4 rebounds, and 1.7 assists. He was also assigned to one NBA G League game for the Pistons affiliate Grand Rapids in which he scored 26 points, 4 rebounds and 3 assists.

Luke Kennard continues to play for the Detroit Pistons which currently has players like Jose Calderon, Glenn Robinson III, Andre Drummond, and Zaza Pachulia. Kennard missed the 2018 NBA Summer League due to a left knee strain.