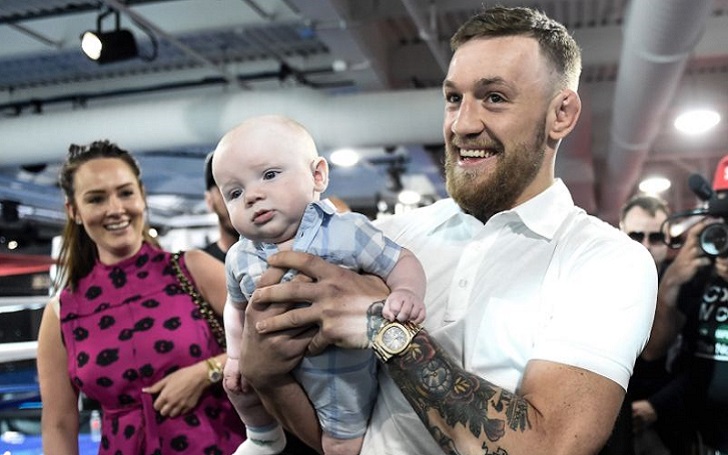 The name and gender of Conor McGregor and Dee Devlin's second child were confirmed after the birth certificate was revealed, it has been reported.

The couple became parents for the first time in May 2017 and named as Conor McGregor junior for their son.

They welcomed their second child last month, although the child's name and gender were never officially disclosed. It was reported at the time that the Irish couple had opted for the unique Irish name Croia, and has now been confirmed.

Heading home with my two healthy babies and an energized and healthy SuperMam 2019 is off to the best start! Thank you for the well wishes everybody!

The infant's birth record reveals that her name is Croia McGregor born in the Coombe Hospital in Dublin on January 2, 2019, the Irish Daily Star reports.

The certificate has mentioned Conor McGregor's occupation as "athlete", and Dee Devlin's as "housewife".

The name is originated from Gaelic and has Irish word, "croi" which is Irish for "heart", and roughly translates to "of the heart", "little heart" or "from the heart".

While it may seem like you should pronounce it like "croy-ah", however, the actual pronunciation is "cree-ah".

Justin Gaethje hoping for a Bout against Conor McGregor: "I think he’ll fight me now.” 9 hours by Jack Ol

Conor McGregor to Donald Cerrone after KO'ing at UFC 246: "I love you Donald" 9 hours by Jack Ol

UFC 246 Medical Suspensions: Donald Cerrone will be out for 6 months for Nasal, Orbital Fractures 2 days by Jack Ol