Conor McGregor Released A training Video in His IG, Some Reasons That Prove The Video Is To Mislead Khabib 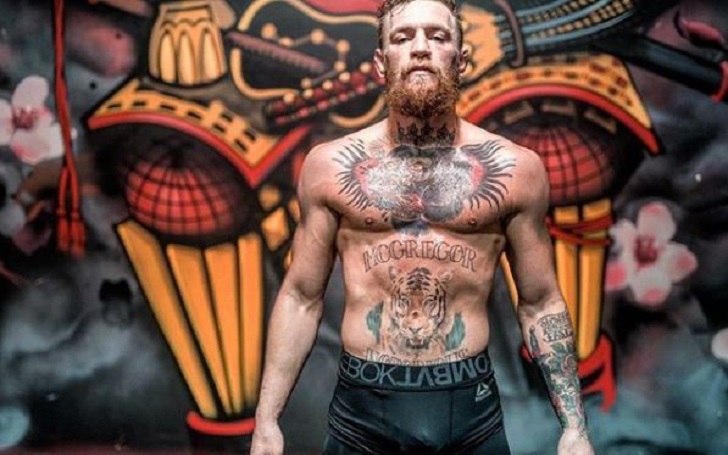 Conor McGregor recently released some glimpse of his training ahead of UFC 229 and the video has gathered more than 5 million views in just around 24 hours. In the video, McGregor is seen dropping fighters off, kicking and defending some single leg attacks but it looks like this is what he wants to show and he still is hiding that left hook somewhere.

Despite the video looking fascinating, it looks equally misleading. This shows a totally different version of Conor McGregor. Keeping in mind the fact that Conor is a striker, the video shows as if he is a freestyle wrestler. So, here are a few things that point towards something fishy. Hence, go through the whole article, if you are thinking about betting your money on Khabib.

Check out Conor Mcgregor's training video ahead of UFC 229

The Notorious is a master of disguise, and at first, it looks like Snoop Dog's spring session video which went viral a couple of months ago, Conor in the video looks sloppy and vulnerable as he is seen leaving up his whole left body open. If Khabib sees the opening, he would go for the single leg or will straight up carry him and drop him on the mat. So, why would he show his weakness in the video he released before the super fight? We hope you know the answer.

Also Read: Jon Jones says you can't underestimate Conor, he is an athlete

Ireland’s caged animal only god can judge me.

The punches look a lot sloppier than ever, he is seen punching Artem Lobov and some of nobodies, and at the same time he shares very small part where he is with his striking coach Owen Roddy, but why was that? Yes! He still wants team Khabib to believe that he doesn't rely on that one punch.

Also Read: Who is Better Conor Mcgregor Or Kkhabib Nurmagomedov?

He regularly has a very wide Karate stands and is a southpaw fighter, and with any wrestler, the wide stands can be harmful because with wide stands and straight body your center of gravity will be above your navel region, and the only way you can prevent the takedown here, is by leaning forward with forwarding hands, but our classic Irish enigma instead shows clips of him throwing kicks with wide stands and raised hands. Team Khabib on seeing this might think that they can get Conor even earlier than they expected.

He surely has too many tools but the spinning wheel kick and straight kicks to the body might come costly, SBG's coaches know it, but why is he doing it? The question is for fans to judge but whatever be the case, the video is surely promoting Khabib Vs. Conor to it's best as the video has gathered over 5.8 million views on Instagram and almost every news portal is busy covering it.